The Hurricanes were an 18-point favorite. 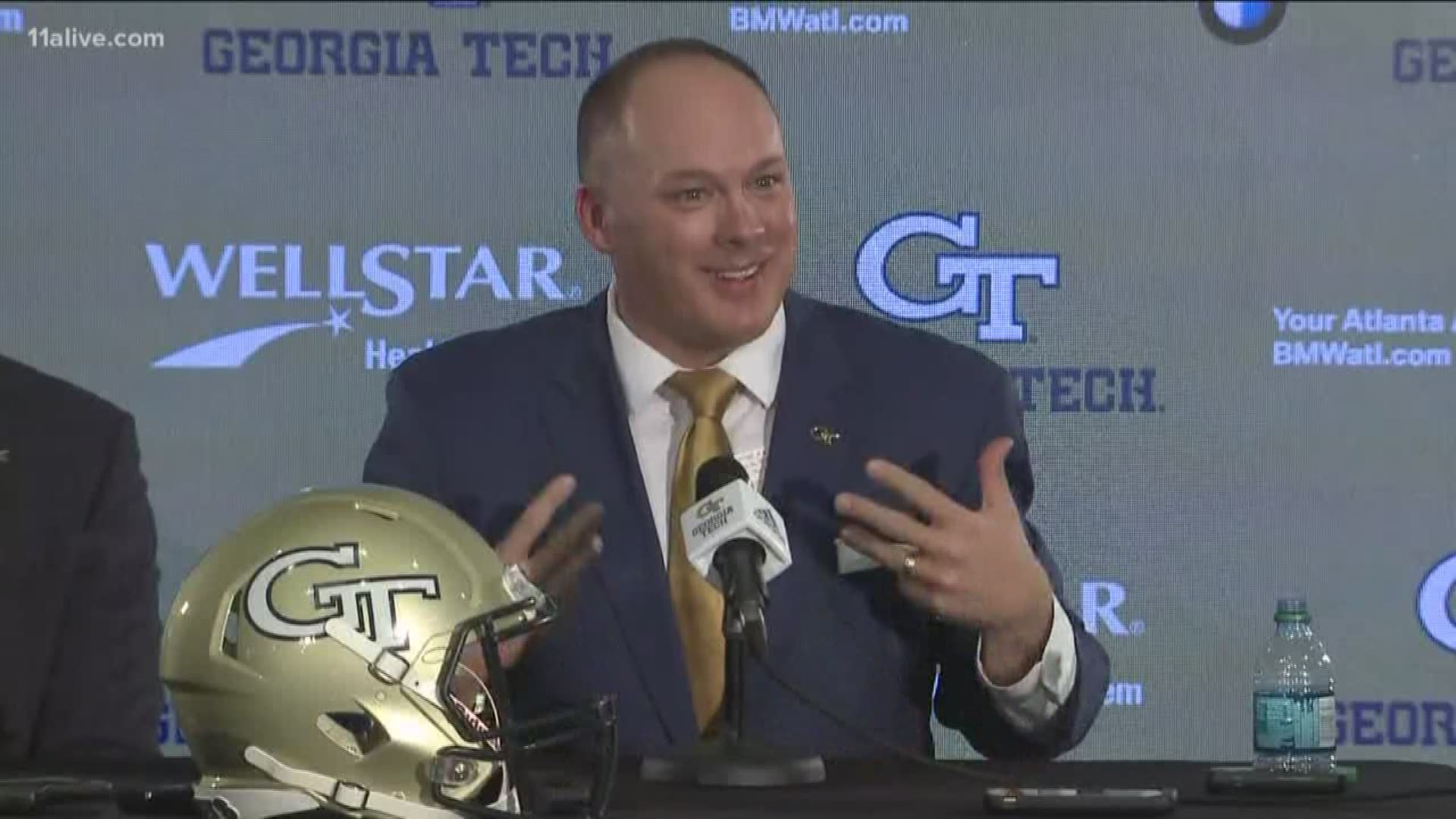 MIAMI GARDENS, Fla — Antwan Owens blocked a Miami chip-shot field goal in the final seconds of regulation, Jordan Mason scored on a 1-yard rush on the first possession of overtime and Georgia Tech knocked off the Hurricanes 28-21 on Saturday.

Georgia Tech (2-5, 1-3 ACC) also scored on a fumble recovery after a sack in the end zone by Ja'Quon Griffin in the first quarter, on a 41-yard pass by punter Pressley Harvin III on a fake in the second quarter and later a 35-yard strike from James Graham to Ahmearan Brown.

Miami missed three field goals in the game, all of them from 34 yards or closer. Turner Davidson missed a 34-yarder in the second quarter, Bubba Baxa missed a 27-yarder late in the fourth and then Davidson's 25-yarder at the end was blocked by Owens.

The Hurricanes have now missed six field goals inside of 34 yards this season, plus two extra points.

Cam'Ron Harris rushed for 136 yards and N'Kosi Perry threw touchdown passes to Harris and KJ Osborn for Miami (3-4, 1-3) — which needs to win three of its final five games just to become bowl-eligible.

Miami lost top running back DeeJay Dallas in the first quarter to what appeared to be a right knee injury, watched Perry get shaken up — but return — in the third quarter and had linebacker Michael Pinckney depart in the second half as well.

Dallas is Miami's leading rusher, and Pinckney is the Hurricanes' third-leading tackler.

Georgia Tech nearly took the lead with 10 minutes left, when Jamious Griffin busted through multiple tackles and got to the end zone. But replay show the edge of his right foot — barely — touched the sideline during the run, and the Yellow Jackets fumbled the ball away three plays later.

Miami linebacker Shaquille Quarterman forced the fumble by Georgia Tech's Jordan Mason, recovered it himself at the Miami 23 and Harris busted free for a 42-yard gain — tying his career-long — on the Hurricanes' first play of the ensuing possession.

And that's when Miami's yearlong kicking problem reared its ugly head — again. Baxa's miss capped the possession where Harris had the long run.

That was Baxa's fourth miss from 30 yards or closer this season, not even counting two extra points. Those chip-shot misses were a factor in Miami's losses to Florida and North Carolina, and a missed PAT late against Virginia Tech kept Miami from taking a 36-35 lead late in what became a 42-35 loss.

Georgia Tech: The Yellow Jackets hadn't scored more than 24 points in a game this season, and entered the game as one of four of the 130 FBS teams not to cross that threshold. They've now beaten Miami in back-to-back seasons.

Miami: WR Jeff Thomas was suspended for the game for violating team rules, the latest downturn in his Miami career. Thomas was dismissed from the team last season, announced he was transferring to Illinois and then returned to the Hurricanes. Thomas has 24 catches for 270 yards and two touchdowns this season, plus another 192 yards on 11 kick and punt returns.

The last time Miami lost to a team coming into a game that was four or more games under .500 coming into the contest was the 2011 finale to Boston College (which entered 3-8). And the last time Miami was beaten by a team with a 1-5 record (or worse) this deep into a season was 1974, when the Hurricanes lost to a Florida State team that came into their meeting with an 0-8 record.

RELATED: Tech's defense gives up huge first half in loss to Duke