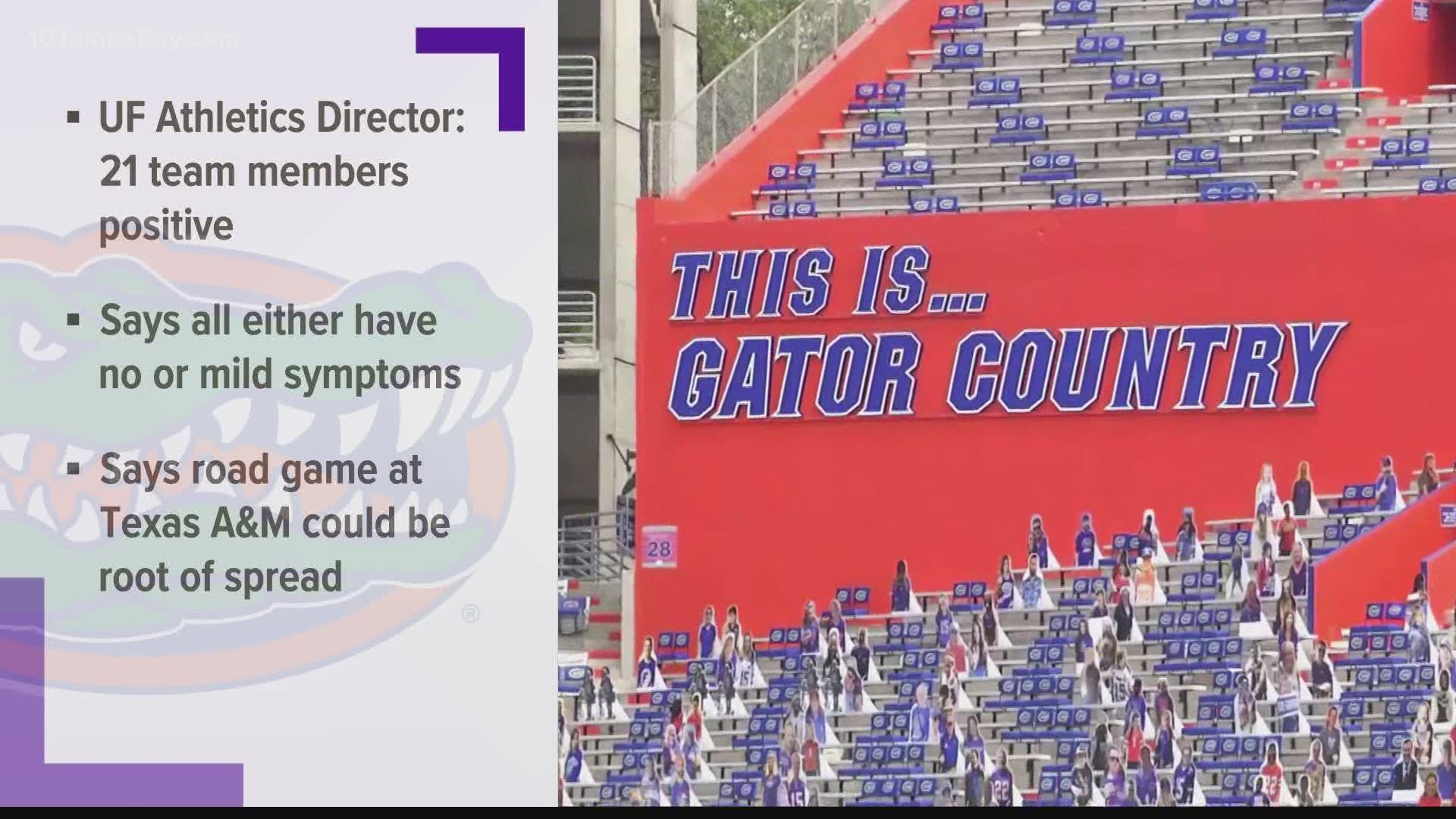 Saturday's UF-LSU football game in Gainesville has been postponed because of a coronavirus outbreak among Florida players.

He said as of Wednesday, 21 team members have tested positive for coronavirus. Stricklin also said team activities have been paused indefinitely.

Players and staff who have tested positive for COVID-19 are asymptomatic or have mild symptoms, Stricklin said. And, some didn't report symptoms because they thought it was allergies.

Stricklin said there's "no obvious origin of the spread," but "our trip to College Station may be the root of it."

The Gators will continue testing "until we have a handle on the spread," Stricklin said. The next COVID-19 test is Thursday as part of the SEC's protocol.

As for the Oct. 24 game against Missouri, Stricklin said it's "hard to speculate" on the status of the match at Ben Hill Griffin Stadium in Gainesville.

The postponement of the UF-LSU game is the second this year for the SEC. The first was Missouri-Vanderbilt, which is now scheduled for Saturday, according to The Advocate.

The news comes a day after UF paused all team activities because of an increase in COVID-19 cases among football players.

UF Athletics Director Scott Stricklin said Tuesday that head coach Dan Mullen was in communication with football players and their parents. He added, "I have had conversations with the Southeastern Conference office, last week's opponent Texas A&M, and this week's opponent LSU."

The postponement also came after Mullen garnered backlash last weekend for saying he wanted to "pack the Swamp" with 90,000 fans for the LSU game.

"I think based on his comments today, he respects the importance of listening to the medical professionals. Sometimes coaches say things that are outside of their area of expertise," he said.