Tank lived up to his nickname in front of frenzied State Farm Arena crowd that included Floyd Mayweather. 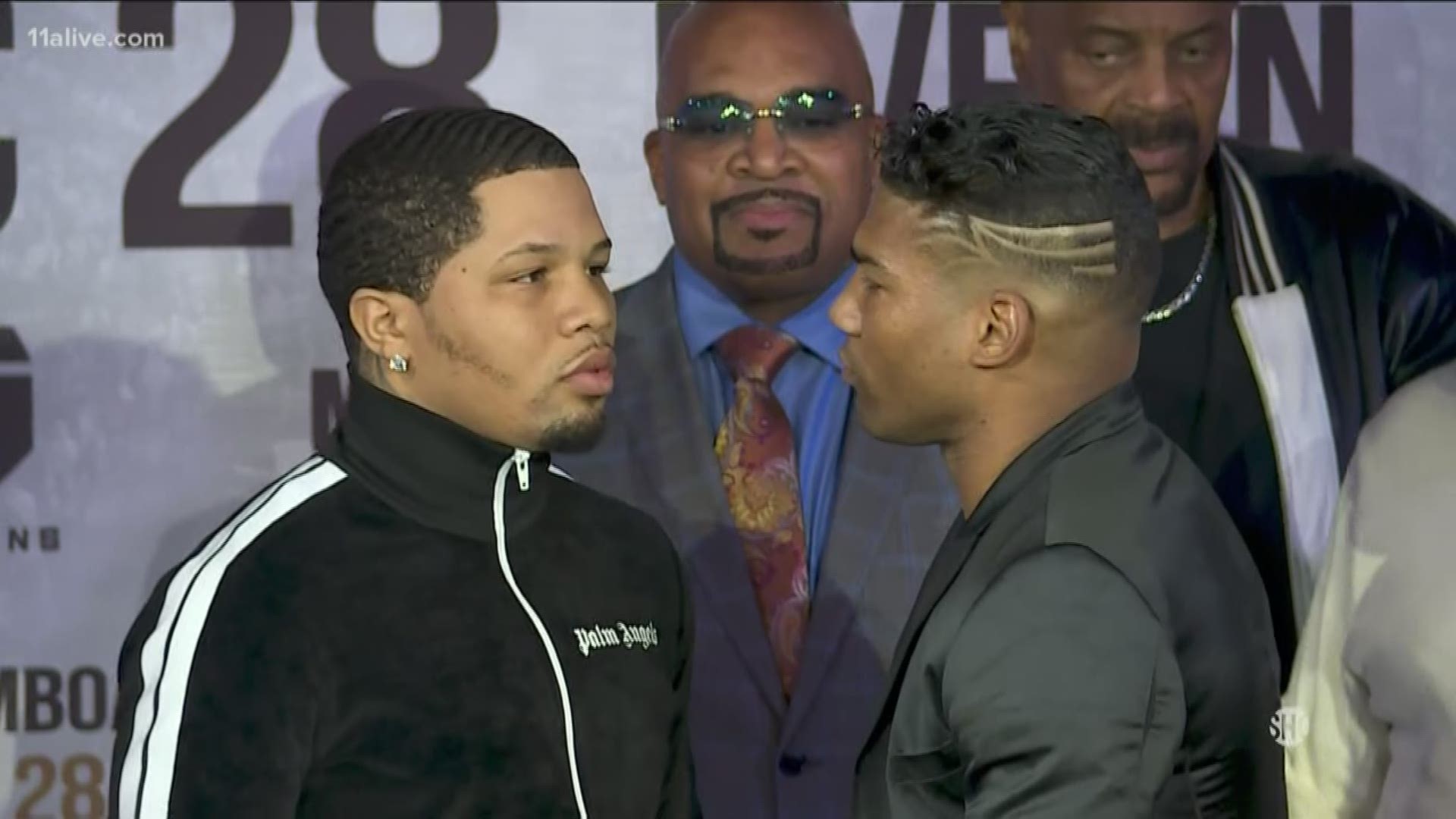 ATLANTA — In front of a big crowd screaming their support, Gervonta "Tank" Davis remained undefeated and won the WBA Lightweight title with a 12th-round knockout of Yuriorkis Gamboa in front of more than 14,000 fans Saturday night at State Farm Arena.  It was the first boxing world title fight in Atlanta since Evander Holyfield held the world heavyweight title.

Davis, a Baltimore native who calls Atlanta his second home, improved to 23-0 with 22 KOs. He knocked Gamboa down in the 2nd and 8th before finishing him in the 12th.

In the co-feature bout, Jean Pascal defended his WBA Light Heavyweight title with a split-decision win over crowd favorite Badou Jack. Two judges scored the fight 114-112 in favor of Pascal, and the other judge favored Jack 114-112.

The night of boxing was put on by Showtime and Mayweather Promotions.  Floyd Mayweather was at the event as several of his fighters were on the card.