Think Falcons fans were bothered the team is still only 2-7 after Sunday's win? They were not. 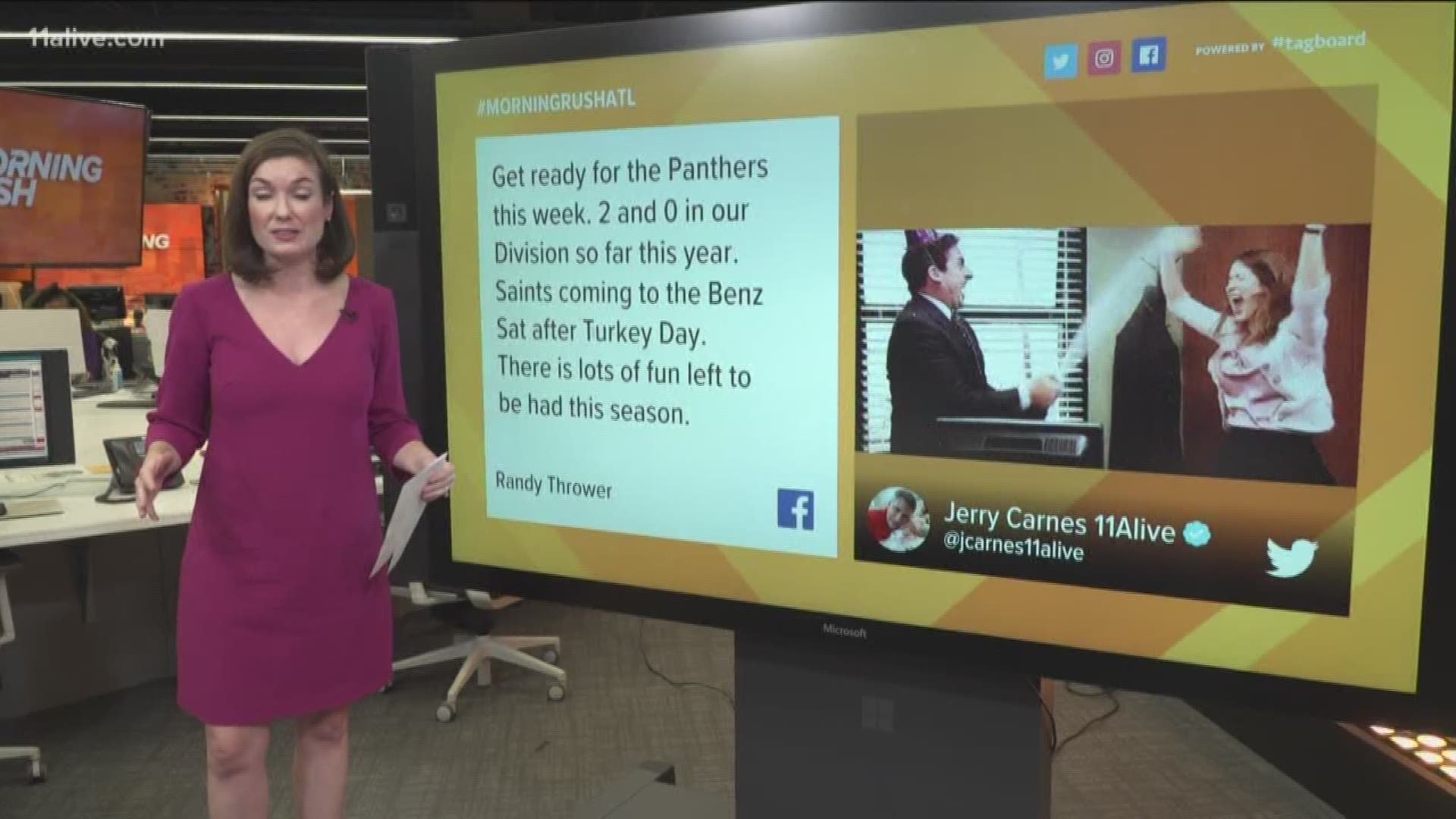 ATLANTA — At the end of the day, even after Atlanta's 26-9 shocker over New Orleans on Sunday, the Falcons are still 2-7 and probably bound for somewhere near the top of the draft, and the Saints are 7-2 and a Super Bowl contender in the wide-open NFC.

Think any of that dampened Falcons fans' reactions to the win?

In an otherwise pretty miserable season for Atlanta, beating the hated Saints in New Orleans provided one glorious moment that might just about redeem it all.

Of all the memes (and there were many), perhaps one of the most poignant fans shared was the Paul Rudd clip - "Look at us, hey, look at us." "Who would've thought?" "Not me!" - where delightedly opens a bottle of wine, marveling at his unexpected good fortune in life.

Plenty more reactions spanned the range of emotions Falcons fans were feeling, and the limitless availability of memes on social media.

There was the lady yelling at a cat:

The kid who tearfully fixes his hair:

And plenty more where those came from:

11Alive's own Jerry Carnes got in on the act too, sharing Will Ferrell in "Elf" to sum up how he felt about the upset victory:

And, of course, perhaps nobody did as much dancing online as the Falcons' own Twitter account, posting a number of memes and reactions in the hours after the win:

The Falcons haven't been much this year, but at least for one day, they were Dat.