Falcons focused on being consistent against Cardinals

After a meltdown in Texas, the Falcons have a favorable matchup this Sunday against the Cardinals and consistency will be key to secure a win. 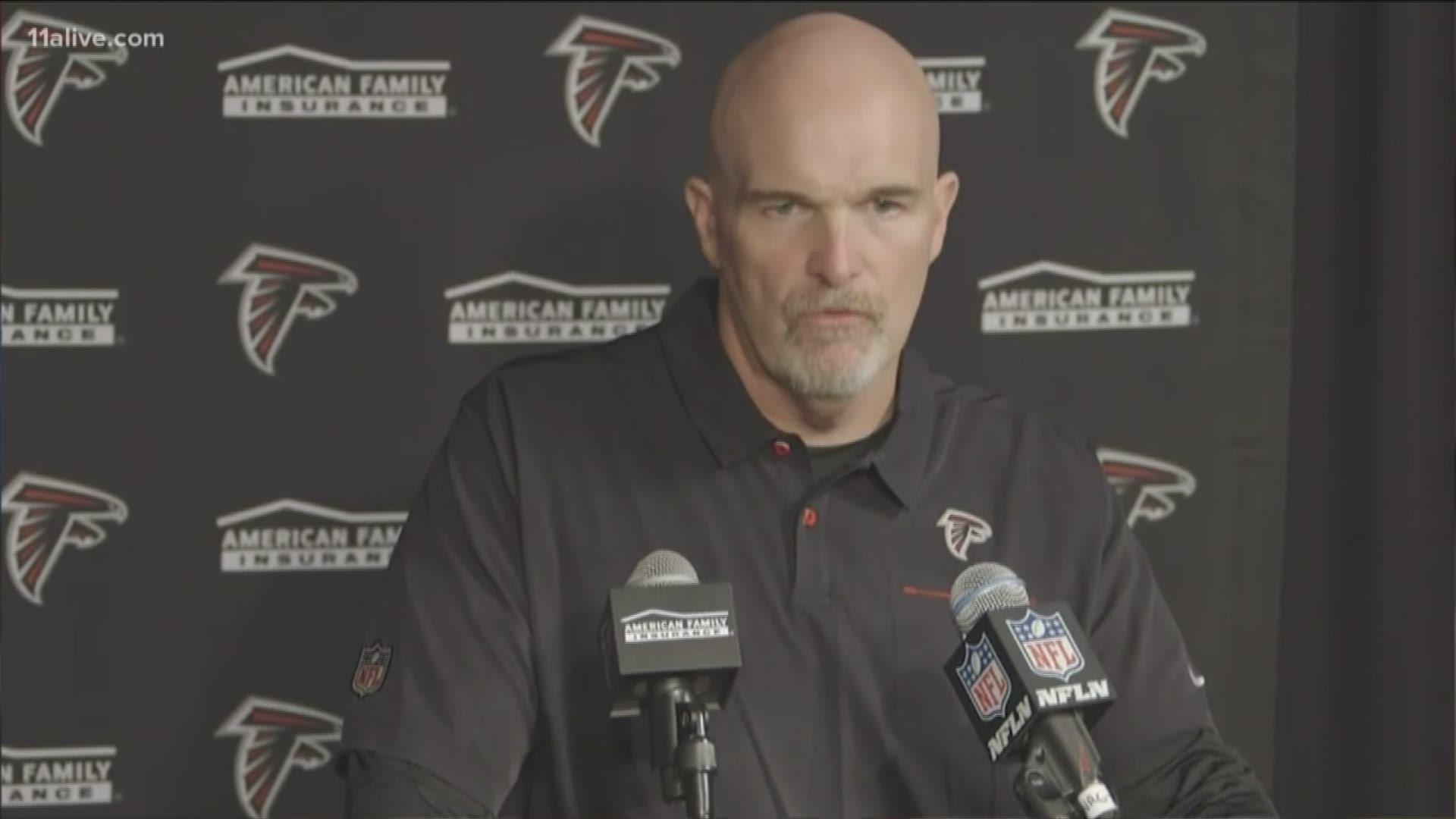 ATLANTA — Being consistently productive will be key for the Atlanta Falcons when they face the Arizona Cardinals on Sunday.

Both teams are seeking their second win of the season, and Matt Ryan knows the Falcons' offense must play a steady game.

Coming off a discouraging loss to the Houston Texans, this is a must-win game for the Falcons if they want to propel their season in a positive direction.

"I think we're at a point where we've got to turn the tide, and we've got to find a way to play better," Ryan said. "I think we've done a good job of that the first couple of days this week, but it's about having really good practices and finishing this week off the right way so we're consistent for four quarters because I think that's probably the most important thing."

Head coach Dan Quinn said that he wants to focus on implementing plays in the offense that have worked in the past. Getting back to the basics is important in this game.

"We've had some glimpses of it where we liked it, but I think you make sure you're going back to the fundamentals of what you want to do best and make sure you feature those things," Quinn said.

Statistically, the Cardinals' defense is struggling to limit opposing offenses - allowing 27.6 points per game, according to profootballreference.com.

Despite the Cardinals' poor defense, Ryan wants the offense to be physical and win the game in the trenches - something they have struggled with this season. Ryan has been sacked 12 times and they only have 338 yards rushing.

The Cardinals rank No.16 in the NFL in sacks through five games.

"In this league, it comes down to being physical at the line of scrimmage,and that's going to be a key for us this week," said Ryan.

"I don't think there's any like him [Murray]," Jones said. "He's fast, he's a little shorter, he moves around a lot, and they have a lot of movement plays where he's the guy with the ball, so he's someone you have to account for."

Arthur Blank standing by his man Dan Quinn - for now