Two games off the team's schedule were released on Wednesday. 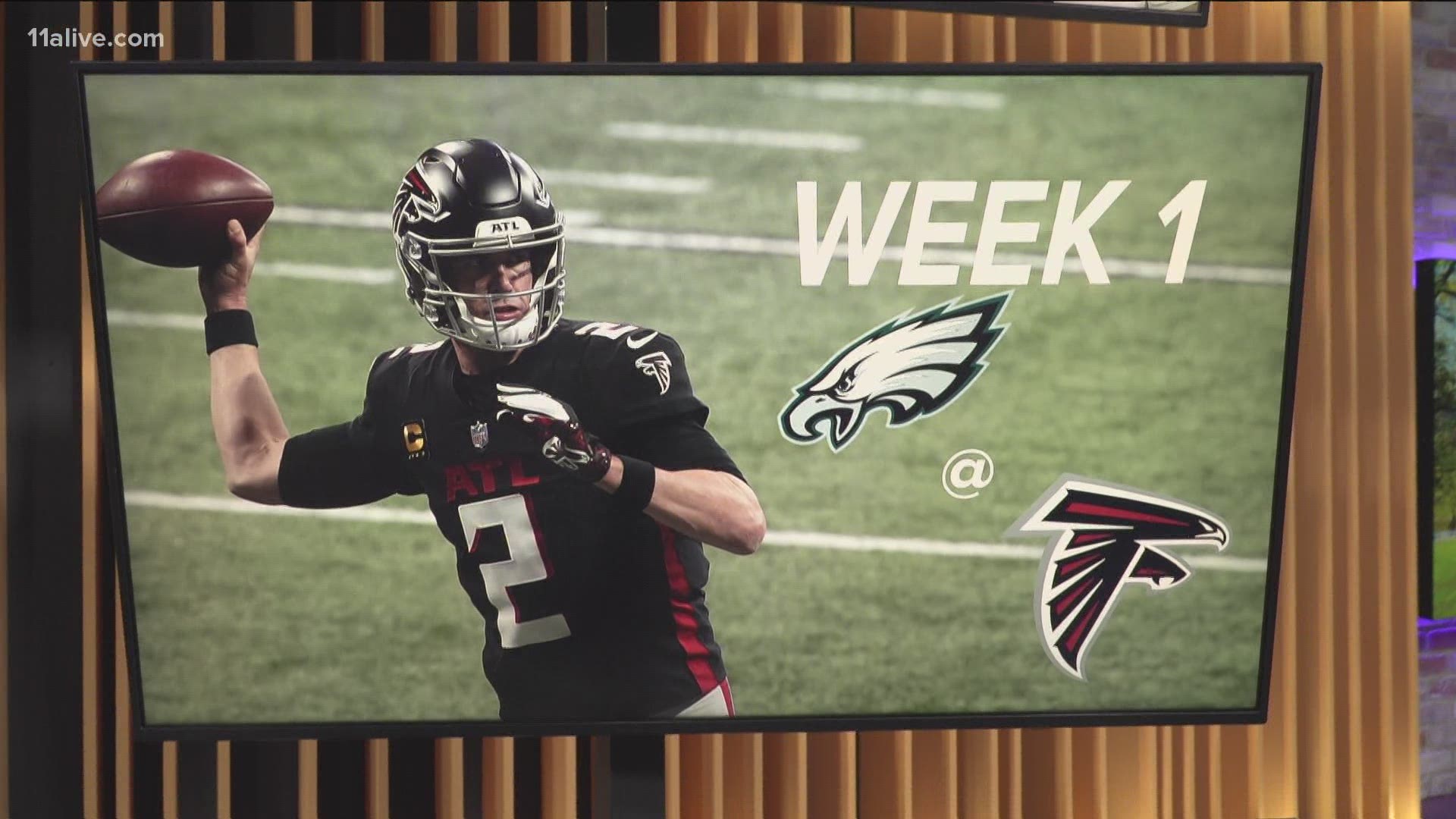 ATLANTA — The Falcons' first game of the season and a contest in London were the first two games revealed off their 2021 schedule on Wednesday.

In a tease of a full schedule reveal later Wednesday night, the Falcon revealed they would play the Philadelphia Eagles in their opening game, on Sept. 12 in a 1 p.m. home game at Mercedes-Benz Stadium.

The team will also be one of four to feature in the U.K. this year, with an Oct. 10 date set with the New York Jets.

The Falcons last played in London in 2014, when they faced off with the Detroit Lions at Wembley Stadium. This will be their first appearance at English soccer team Tottenham's new stadium, which was built with specifications to accommodate NFL games.

“We’re honored to return to London for the first time since 2014 as part of the NFL International Series and look forward to the world-class experience at Tottenham Hotspur Stadium," Falcons President and CEO Rich McKay said in a statement. "Our league receives great support from passionate NFL fans in the UK and we’re looking to gain more Falcons fans with the trip.”

The Falcons said their full 2021 schedule would be released this evening beginning at 7:45 p.m. on their @atlantafalcons Twitter and Instagram pages.