Falcons take a step back in loss to Bucs

The Falcons didn't play to the level they were capable of during their two-game winning streak, and as a result, they lost by two touchdowns to Tampa Bay at home. 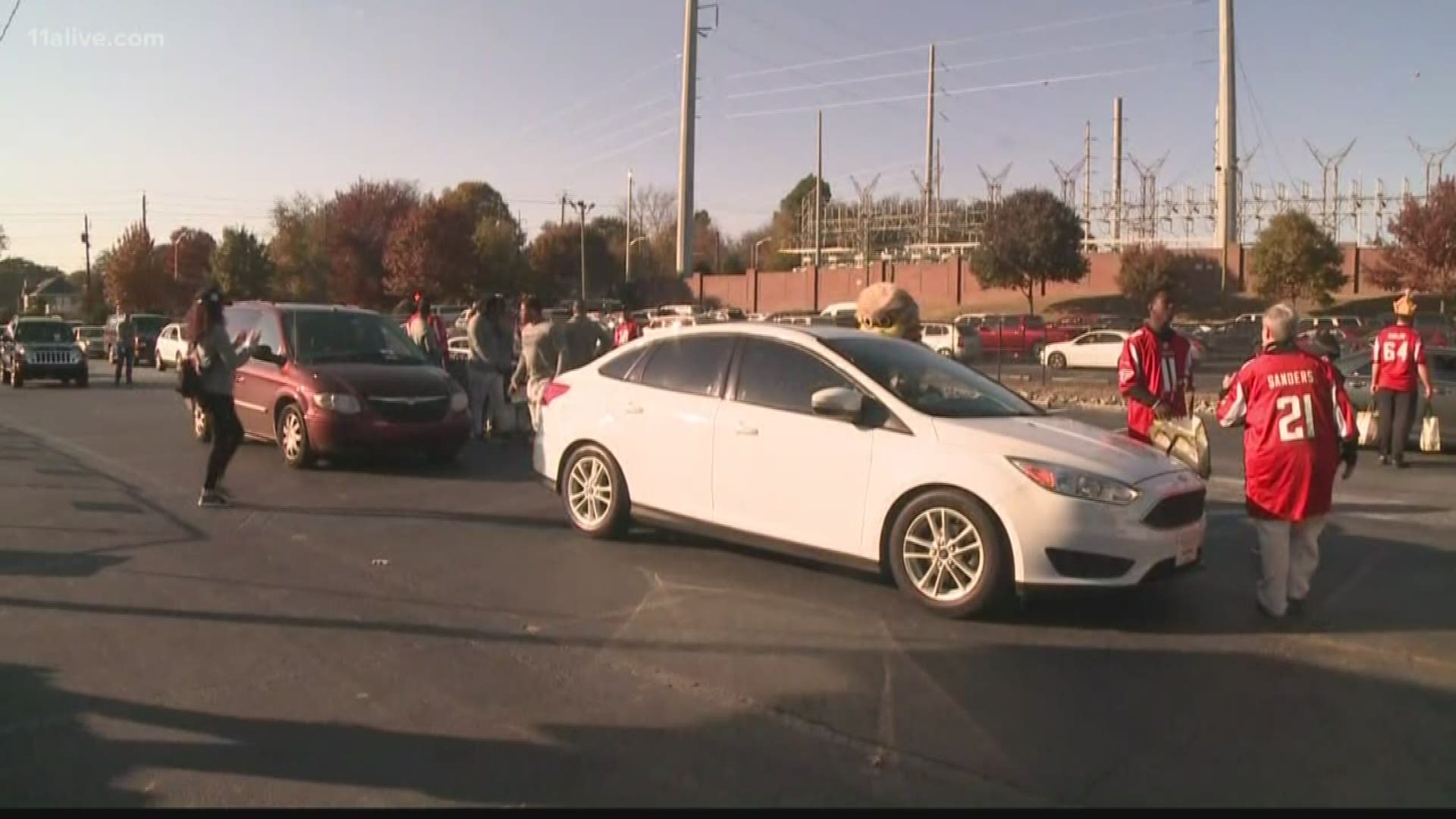 ATLANTA — The Atlanta Falcons' two-game winning streak was snapped with a 35-22 loss to the Tampa Bay Buccaneers at Mercedes-Benz Stadium on Sunday.

They forced another interception two possessions later, and increased their lead to 10-7. The Falcons defense then gave up 12-straight points and went into halftime down 19-10.

The offensive line struggled mightily in this game. Ryan was sacked six times and finished the game 23 of 46 for 271 yards and an interception. He also fumbled twice.

Ryan took multiple hard hits throughout the game and was shown grimacing at times, which led to concerns he would not be prepared for Thursday night's game against the New Orleans Saints.

"Some games are like that," Ryan said after the game. "That's part of playing in this league. Today was like that, and I'll be sore tomorrow for sure, but I've recovered quickly, and I have a good plan for Thursday night games to get myself back ready to play. So, I'll be ready to go Thursday."

The Falcons' rushing attack also struggled against a stout Tampa Bay defensive line. Atlanta rushed for only 57 yards, with Qadree Ollison leading the team with 20 yards and a touchdown.

"We knew one of the strengths of their team was their run defense, so we knew we'd have to win some hard yards and move on some, and we didn't get much in that space," admitted head coach Dan Quinn on his team's difficulties blocking the Bucs' defenders.

The Falcons' defense was dominant during their brief winning streak, but after their two interceptions in the first half, they failed to create any turnovers or sacks.

The Falcons will want to develop a more effective defensive scheme to contain Drew Brees when they host the Saints on Thanksgiving Day.

Why the Colin Kaepernick workout changed gears so suddenly