What to expect as fans return for TOUR Championship

The best golfers in the world come to East Lake to compete for the $15 million first prize. 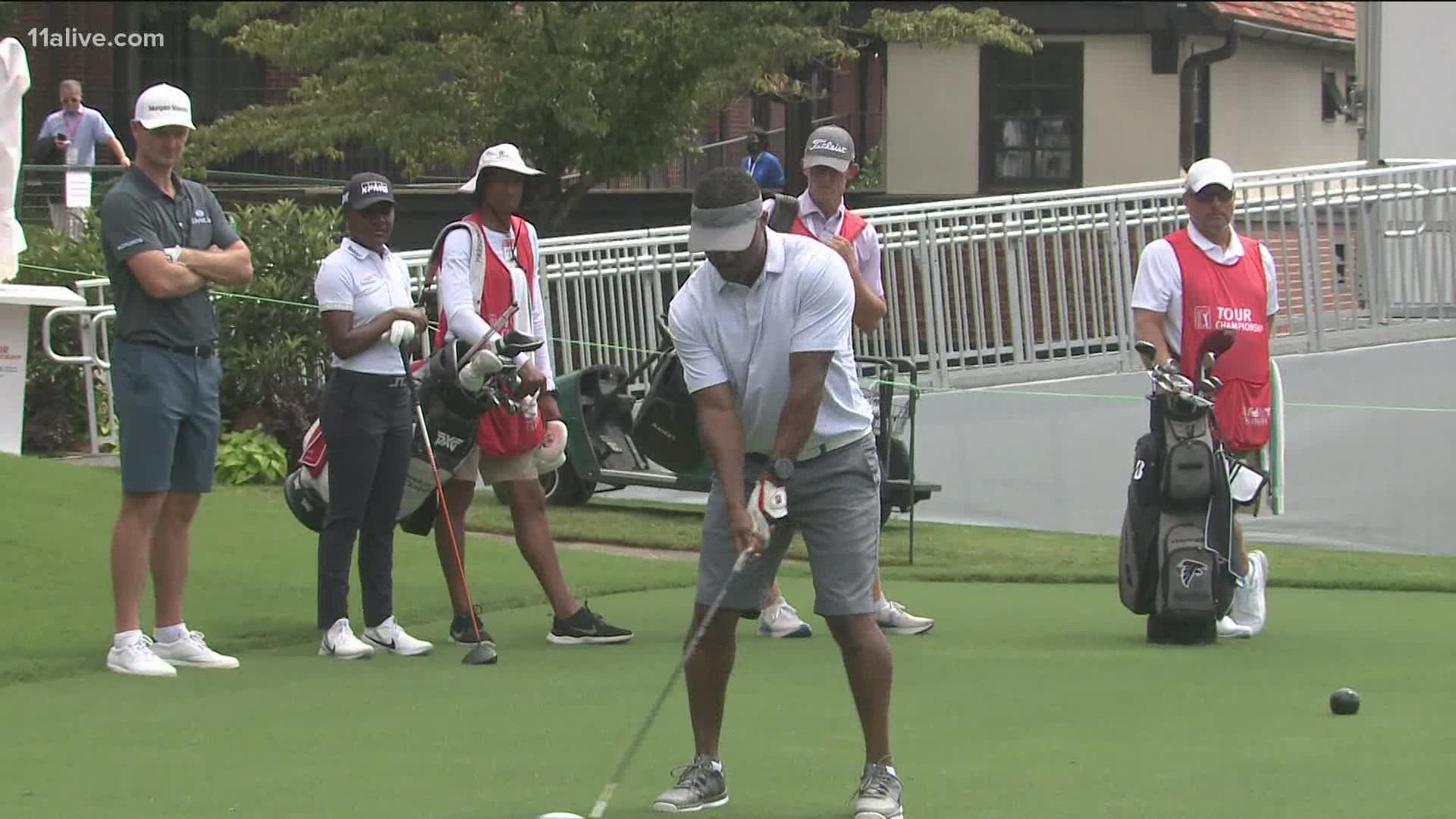 ATLANTA — It will feel like a whole new beginning when the 2021 TOUR Championship tees off this week at East Lake Golf Club in Atlanta.

For the first time since 2019, fans will return to the PGA Tour's season-ending event. The 2020 championship was played without fans because of COVID concerns.

The top 30 golfers in the FedEx Cup standings will compete for the FedEx Cup and the $15 million first prize. The tournament runs from Sept. 2-5 but there are fan-friendly events all week.

Here is what you need to know about this year's TOUR Championship:

The match, which will be played in a scramble format, will take place on the back nine at historic East Lake Golf Club on the eve of the 2021 TOUR Championship. Former Atlanta Falcons standout Warrick Dunn will team up with LPGA Tour professional and Atlanta native Mariah Stackhouse, while former Atlanta Braves outfielder Andruw Jones will join forces with 2021 Payne Stewart Award recipient and 2018 FedExCup champion Justin Rose.

On Nos. 11 and 15 – the two par 3s on the back nine – competitors will be joined by two HBCU students and a Drew Charter School student, who will have the honors to hit a tee shot. Each pro-celebrity team will then choose which ball they’d like to play for their next shot.

This year's tournament, with the help of partner Coca-Cola, is developing three tournament cocktails to offer to fans who had to patiently watch the tournament from their couch in 2020.

Tickets can be purchased at TOURChampionship.com/tickets. Daily Grounds tickets start at $40, Wednesday-Sunday. Grounds ticketholders have access to all public venues on site, including the Meiomi Wine Lounge, The Deck presented by Maestro Dobel, Back Nine Brews and Tito’s Stillhouse Lounge.

The Uber Gate located just paces away from the 13th fairway and near the 17th green and 18th tee, provides Uber riders with quick and convenient access to all of the back-nine drama. Fans will also get to experience the upgraded rideshare lounge driven by Uber complete with concessions, comfortable seating and charging stations for fans to enjoy while they wait on their ride. This elevated partnership makes taking Uber to the TOUR Championship the way to arrive in style.

To make sure riders arrive at the correct parking lot for Uber Gate, fans can simply type in “TOUR Championship” or “East Lake Golf Club” as their destination, and they will be automatically dropped off at the Uber Gate.

Fans can also use this address as their drop-off location: 307 2nd Ave Southeast, Atlanta, GA 30317.

The property known as East Lake was purchased in 1904, and the golf course designed by Tom Bendelow opened July 4, 1908. In 1913, famed golf course architect Donald Ross redesigned the Bendelow course at East Lake. In 1994, Rees Jones restored Donald Ross’ golf course layout. In 2016, the tournament reversed the nines which resulted in an exciting and dramatic conclusion on the now par-5 finishing hole.

East Lake was the home of legendary golfer Bobby Jones, who famously won the Grand Slam in 1930 after winning all four major championships. East Lake Golf Club is filled with mementos of Jones’ legacy, as it was the course he played his first and last round of golf.