The NFL season opens tonight before the Falcons take on the Eagles in Atlanta on Sunday. 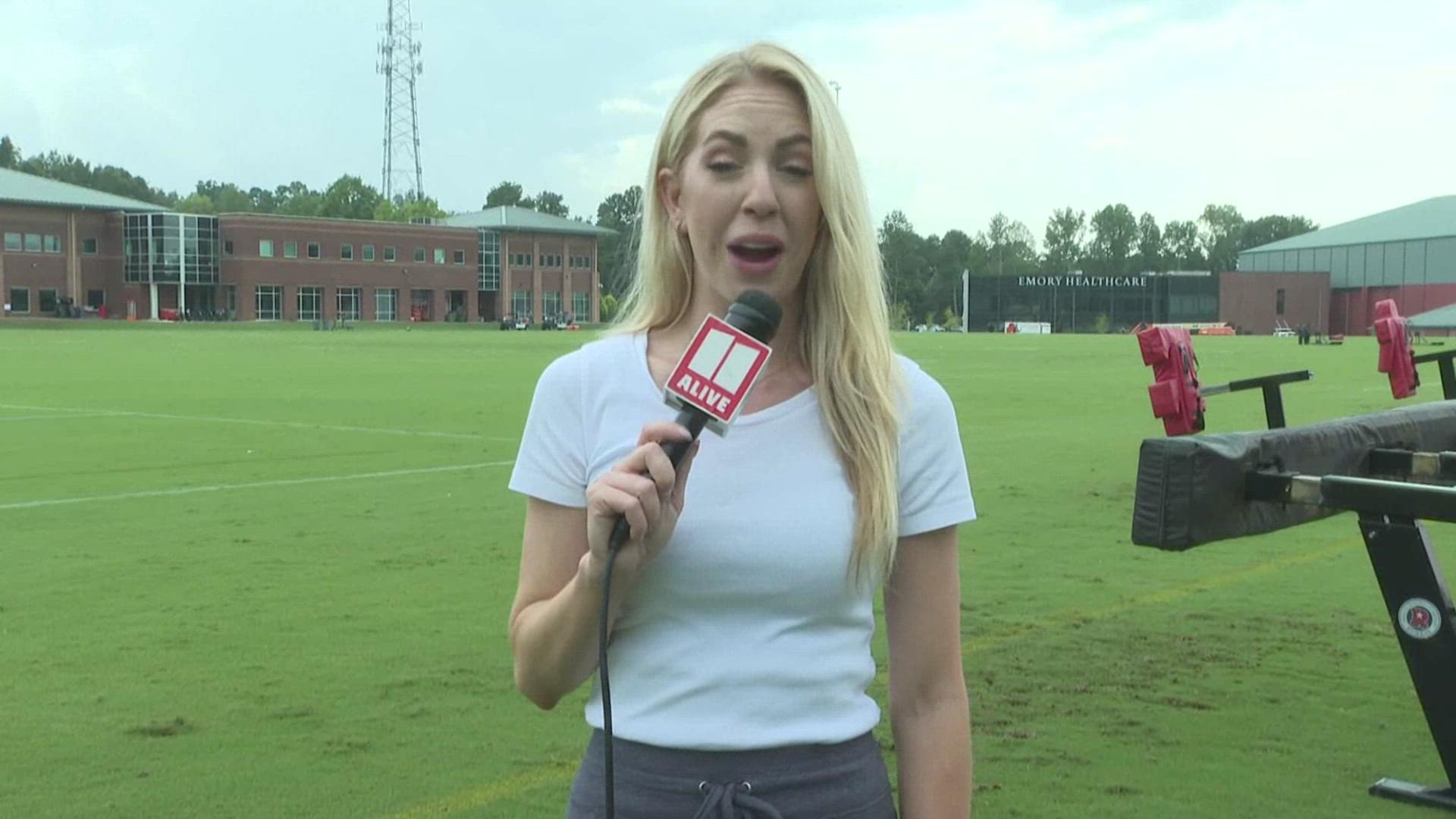 ATLANTA — Sunday will be here before we know it, and we finally get to see the new Falcons regime in action against the Eagles.

Both Philly and Atlanta are in similar situations, with two new head coaches and unscouted looks for their opponents.

But luckily for Arthur Smith, there's some familiarity when it comes to Eagles coach Nick Sirianni.

"There is unfamiliarity, but if there's anybody that probably we both lucked out on who we're playing Week 1 (it's them). We were in that division together, Nick and I were, in the AFC South," said Smith, who came to the Falcons from the Tennessee Titans. Sirianni was with the Indianapolis Colts prior to taking the Eagles job.

Assessing the Eagles, Smith said: "It's a really well-built roster, to me they've got two of the better lines in football."

While there are plenty of question marks in terms of how the Falcons will look, veteran quarterback Matt Ryan is more or less a sure thing preparing for his 14th season. And he's fast developing a rapport with his new head coach.

"I definitely feel as we've continued to move along, we're in a better spot, certainly there will be growth throughout the year though too," Ryan said. "We've constantly gotta be growing, and evolving, and getting better."

And on the other side, the Falcons will face Jalen Hurts at quarterback for the Eagles.

Week 1 in the NFL is always exciting, but especially when you're making your debut as a head coach in this league. Smith said he's got about 40 tickets set aside for Sunday - roughly 90% of that for his family.