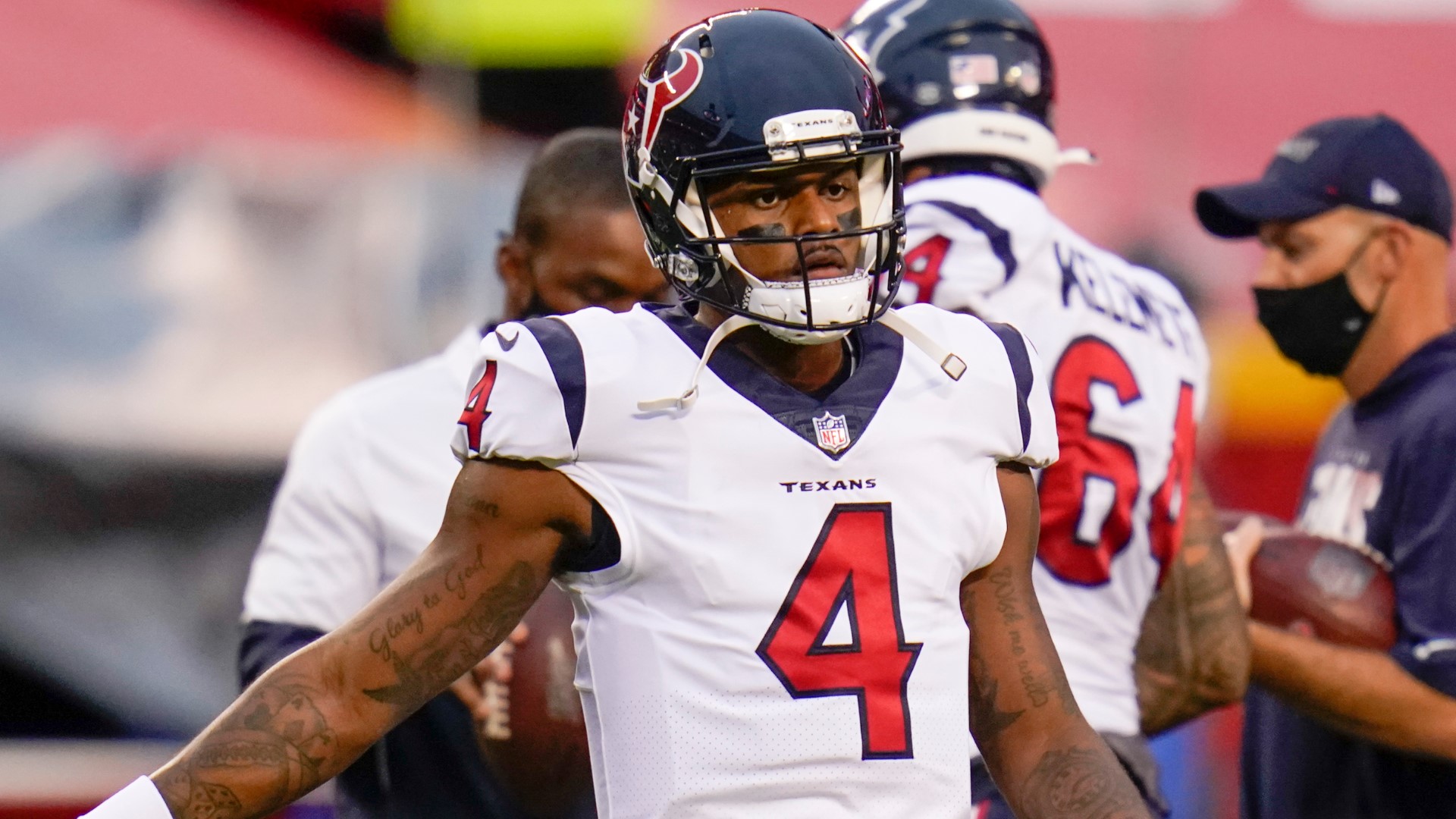 He signed a 4-year $160 million-dollar extension and he’s probably one of the humblest guys for that to ever happen to.

“Does it surprise me at all about his contract? No, not at all,” said East Hall head coach Michael Perry.

“What really sets him apart is his work ethic. I could never give him enough film in high school. All he wanted to do was learn more and more,” said Perry.

During his press conference following the mammoth announcement with the Texans, there were plenty of people on tap to surprise him over the Zoom call. His family, his college head coach, Dabo Swinney, and his high school offensive coordinator at Gainesville, Michael Perry.

“You are what’s right about what a roll model is supposed to be,” said Perry on the Zoom call as Watson held back tears.

Watson doesn’t come from the easiest background. In an article he wrote for the Player’s Tribune, he recalled living in government housing most of his childhood with his mom and siblings.

“A lot of people don’t make it out man and for them (Texans) to believe in me, it means the world,” said Watson while breaking down in tears.

Perry said despite everything that would be going on in Watson’s world when he was in high school, he was always so humble and locked in.

“I’m just so happy for them with everything they’ve been through. Deshaun (Watson) has just always been an exceptional young man and I’m not even talking about football,” said Perry.

There is no doubt $160 million is life changing money, but not just for Watson. “What I know for sure is that he will do a lot of good with that money.”

For a high school state champion, a National Champion with the Clemson Tigers, the only thing left to do in that trifecta is win a Super Bowl.