UGA is known for producing an effective rushing attack but their passing game needs some improvement. Kirby Smart mentioned that he has to recruit better receivers. 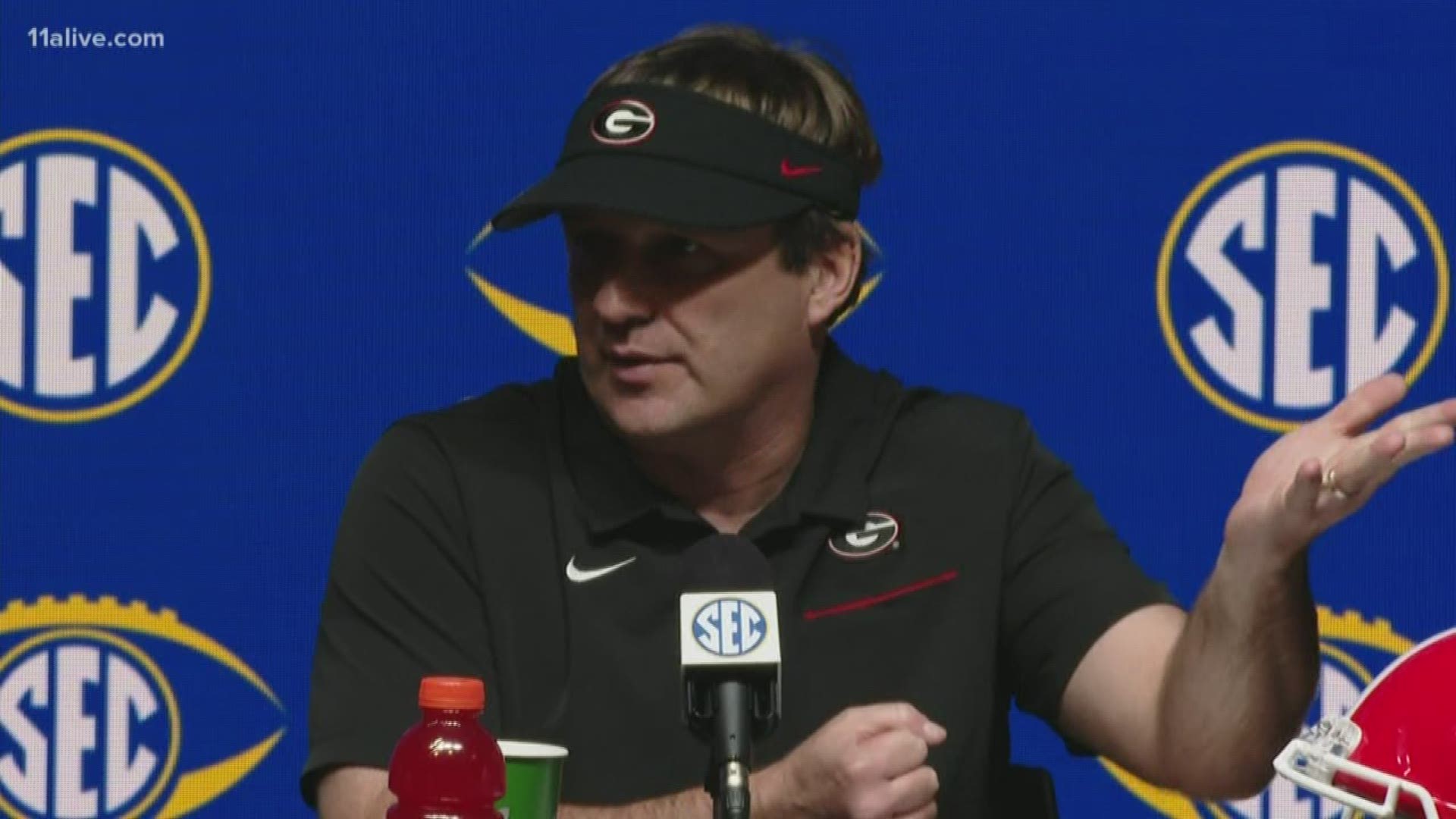 ATLANTA — Georgia had a grand opportunity to officially clinch their spot in the College Football Playoffs. All they had to do was beat an LSU Tigers team with Joe Burrow at quarterback. That's a tough task, and UGA fell short 37-10.

The Bulldogs were hampered by injuries entering the game and running back D'Andre Swift, who suffered a shoulder contusion against Auburn, admitted that he was hindered by the injury.

"A lot of pain. I really couldn't run, I couldn't swing my arm," Swift said. "I didn't have any motion in my arm, but I just tried to push through for the team."

Because the stakes were high in this game, Swift risked worsening the injury for the sake of hoisting the SEC Championship trophy and playing in the College Football Playoffs.

"Probably not," Swift said when asked if he would have played with the injury if this were a regular-season game.

He did say that he should be prepared to play in the team's bowl game.

In 2018, the Bulldogs' grit was questioned when they lost to Texas in the Allstate Sugar Bowl. This year, they plan on changing that narrative - but the will to win must come from within.

"It's kind of hard especially knowing that you're not really playing for anything - our playoff hopes are away," Swift said. "If you love football, you can kind of get up for the game. You got to love the game of football."

Georgia also was shorthanded in the passing game. Lawrence Cager was out due to a broken ankle he suffered in the win against Auburn and George Pickens was suspended for the first half of the game because of fighting with a Georgia Tech player last Saturday.

Jake Fromm lost freshman receiver Dominik Blaylock late in the first quarter. Georgia is known for running the ball, and their receivers aren't as dominant as years past.

Head coach Kirby Smart said after the game that he hasn't necessarily done a great job of recruiting receivers that can significantly impact the game. He credited the Tigers' receivers and their ability to make plays one-on-one against defenders.

"Right now, I don't know if we have four wide receivers that are going to be playing in the NFL at this time next year," Smart said. "I don't know how many drops we had tonight, but I feel like we had to have had five or six that you could say should have probably been caught, and we would have been more explosive if that was the case."

"I don't mean that in disrespect, but when we had really good wideouts, we were more explosive, and right now, I don't [think] that we have that," he added.

The status of Blaylock is unknown for Georgia's bowl game, but they will have Pickens to start the game.