Georgia has produced countless Super Bowl champions. But these three all landed on the same team at the same time. 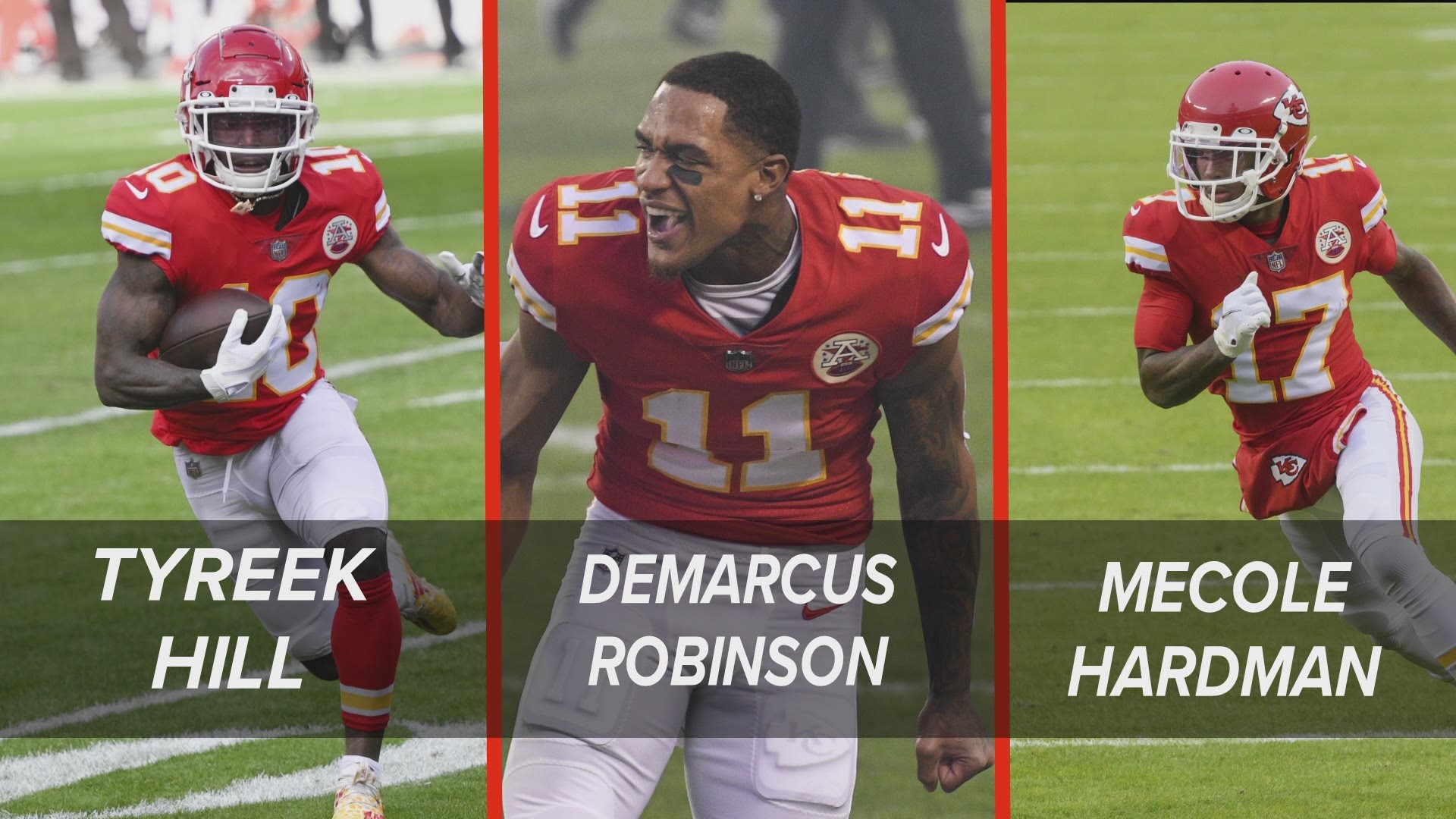 TAMPA, Fla. — What do Tyreek Hill, Mecole Hardman, and Demarcus Robinson all have in common - besides the fact they're all receivers for the Kansas City Chiefs?

They all started their football careers under the Friday night lights in Georgia.

The trio of receivers will all be on the field at Raymond James Stadium for Super Bowl LV to try and win another ring (Robinson is likely to clear COVID-19 protocols before Sunday's kickoff after having exposure to the virus).

Their Georgia childhoods are something that bonds the three receivers who combine for eight touchdowns this season.

"We always have talks about growing up in Georgia and being wild back in the day," Hill said.

The state of Georgia has produced countless Super Bowl champions throughout history, including at the receiver position. Hardman's favorite is Hines Ward, a fellow Bulldog who lived in Georgia after moving to America.

"Hines Ward is my guy," Hardman said. "A guy who you can watch all day on the field and what he brought to the field and his energy.

"He approached the same with so much force and so much passion that it's incredible."

Hardman stays in touch with several Georgia boys: Terry Godwin, A.J. Green, Javon Wims, among others. None are about to play for their second Super Bowl ring.

Hardman and Hill also ran track in high school, showing the early flashes of the blazing speed they would eventually use to run over defenses at the highest level.

Hill's record in the 200-meters from his days at Coffee High School is beyond impressive.

"I actually still wonder if that record still holds in Georgia," he said when pondering his high school track days.

It does still hold at 20.14 seconds. The next fastest time 0.6 seconds behind, according to Mile Split Georgia.

You never know which one of the Georgia boys on the Chiefs receiving corps may get the ball, but you do know what's coming next. A whole lot of speed.