Georgia student athletes have chance to be compensated for name, image

For the first time, athletes can profit off of things like endorsements, social media posts and autographs. 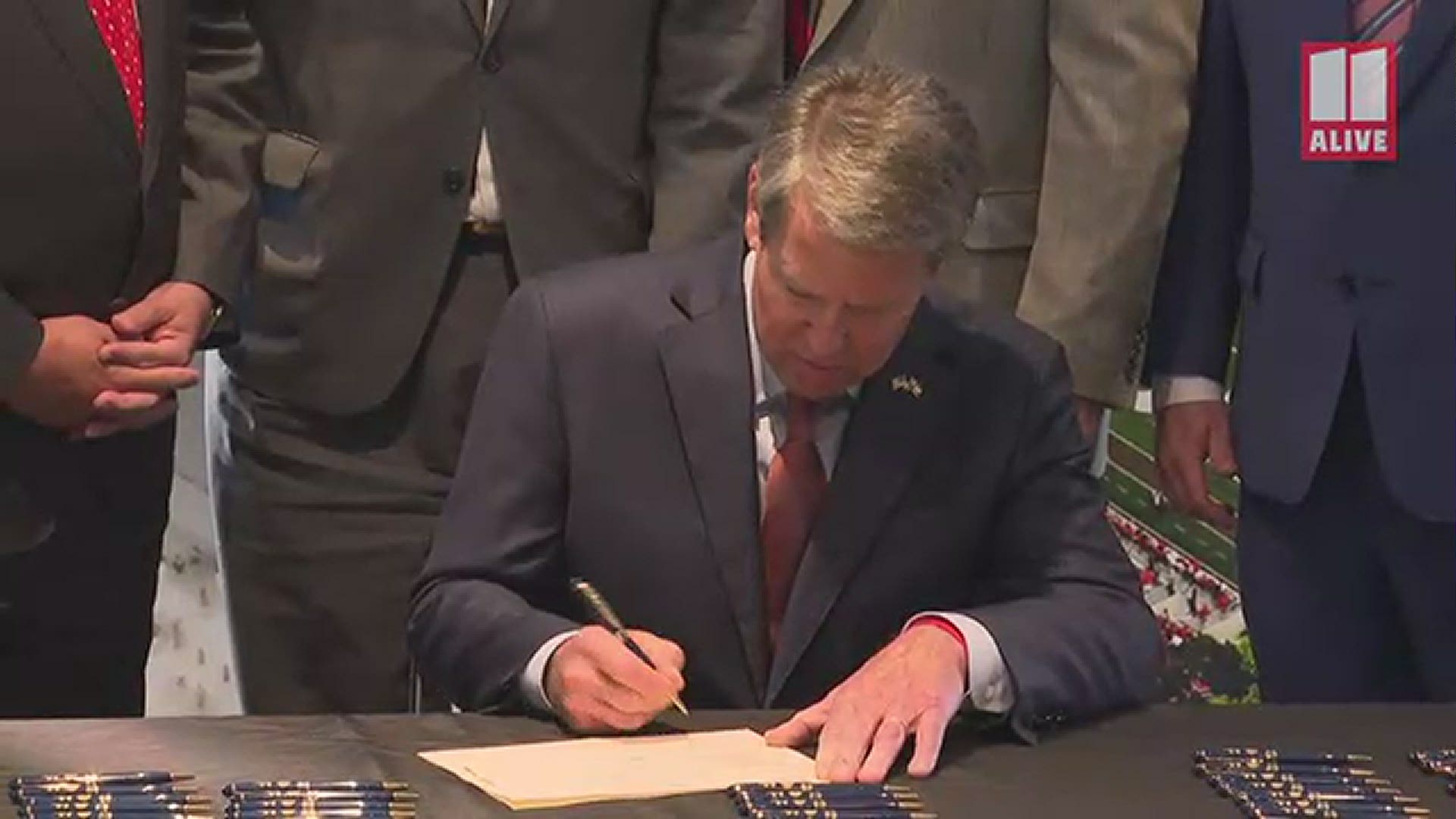 ATLANTA — Student athletes in Georgia will soon be able to get paid.

“It’s a meritocracy,” said Drew Butler, Vice President of Icon Source’s collegiate division. “People who perform really well on the field, people who have huge social media followings will certainly have the opportunity to make a lot of money.”

Governor Brian Kemp has signed a bill into law Thursday that allows college student athletes to control and profit from the use of their name, image and likeness while maintaining athletic eligibility.

“Make no mistake about it, whether it’s a $50 deal or a $50,000 deal, it has to be done the right way,” Butler said “There are roughly 460,000 student athletes in the NCAA. We are really excited for the student athletes because this is something that has never been able to happen before.”

For the first time, athletes can profit off of things like endorsements, social media posts and autographs.

Schools will have the option to pool player endorsements and collect up to 75 percent of the compensation to disperse to other student athletes, but as of right now officials are unsure if this will be implemented in their team contracts.

While the law specifically states intercollegiate organizations – like the NCAA – can’t penalize teams and athletes for following the law, it is unclear if the NCAA plans to impose any punishments on athletes who profit off of their name, image and likeness.

11Alive reached out to the NCAA for a statement and has yet to hear back.