The Georgia Tech head coach sent an open letter to the NCAA thanking the organization for exposing its true feelings on the women's game. 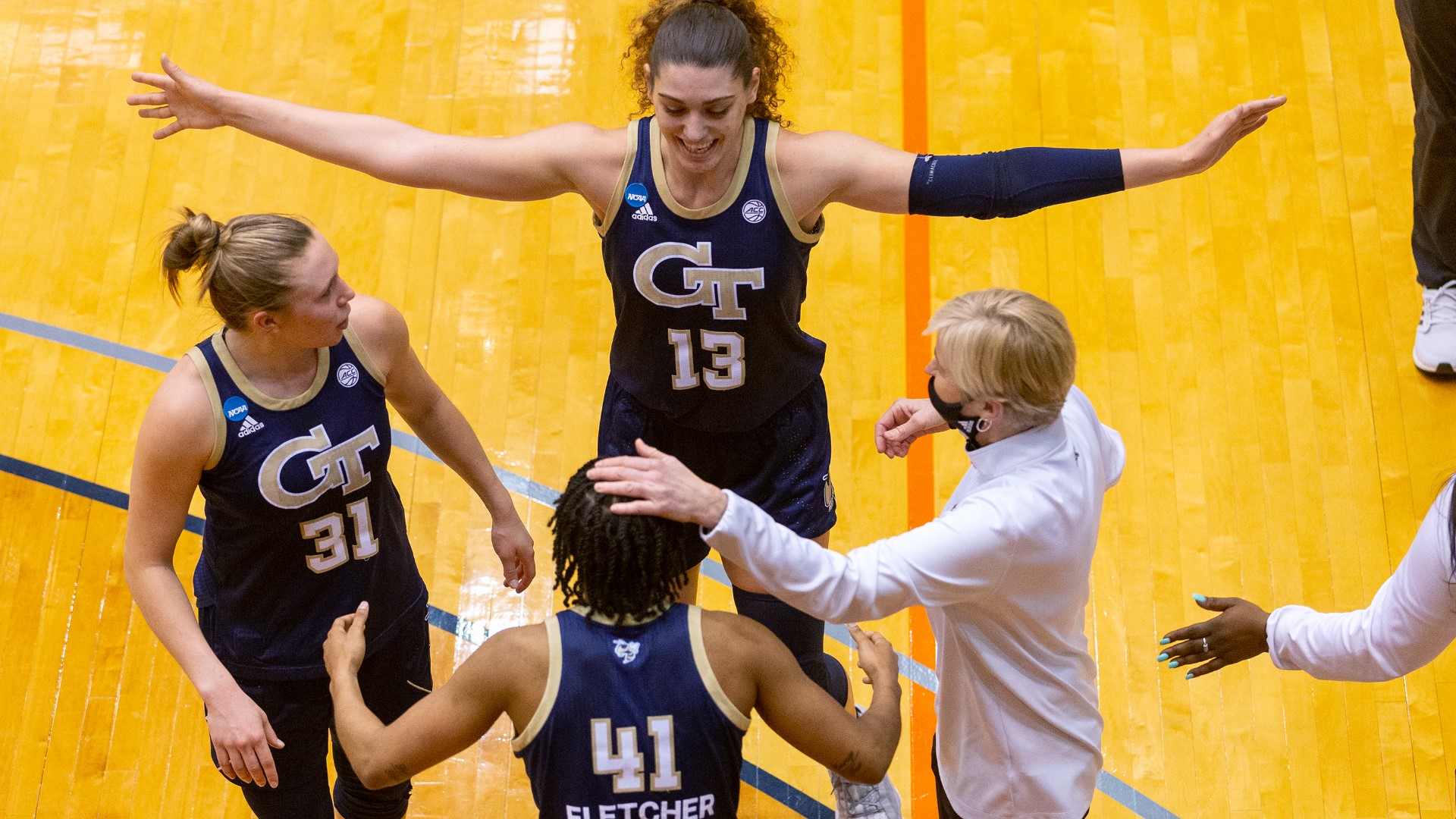 ATLANTA — Winning can be glamorous. But the bubble has been anything but.

Georgia Tech cruised past West Virginia 73-56 on Tuesday to advance to the Sweet 16 in the NCAA Women's Basketball Tournament. But before celebrating in the locker room with a "Nell Yeah!," head coach Nell Fortner sent an open letter to the NCAA basically saying, "What the Nell?"

The disparities between the men's and women's basketball tournaments have been well documented, thanks to viral videos from Oregon's Sedona Prince and others posting from inside the bubble in San Antonio, Texas, where the entire tournament will be played.

While Fortner had said a few times the differences in the amenities was disappointing, but that Georgia Tech was happy to be a part of the tournament, she must have reached a breaking point, Tuesday morning.

"Thank you for using the three biggest weeks of your organization's year to expose exactly how you feel about women's basketball — an afterthought." the letter began with.

Fortner mentioned that while the women's tournament TV contract is not as lucrative as the men's, it still is worth a half-billion dollars. She also pointed out that the NCAA is a non-profit organization and shouldn't be making decisions on perceived cash value.

"Isn't the NCAA a non-profit, devoted to running championships with student-athletes that must be academically eligible to compete in those championships?" she questioned in the post. "In what other non-profit educational endeavor is it acceptable to treat young women as a less valuable financial commodity? At what individual university would it be acceptable to give women inferior text books and cheaper cafeteria food because of their perceived cash value?"

The letter came following a letter from NCAA President Mark Emmert to the institutions. Emmert said he will look into what caused the disparities and that "much as been resolved," according the ESPN.

While the NCAA improved the weight room 24 hours after a viral video started the outrage about the disparities between the two tournaments, Fortner called it a "Band-Aid."

"These disparities are just a snapshot of larger, more pervasive issues when it come to women's sports and the NCAA," she wrote. "Shipping in a few racks of weights, after the fact, is not an answer. It's a Band-Aid and an afterthought."

Fortner has coached women's basketball at the collegiate level since 1986. That's when she started as a graduate assistant at Stephen F. Austin, who her team beat in this year's First Round. She has taken Georgia Tech to its first Sweet 16 appearance in nine seasons.