After losing out on Anthony Edwards, Josh Pastner describes athletes he wants at Georgia Tech 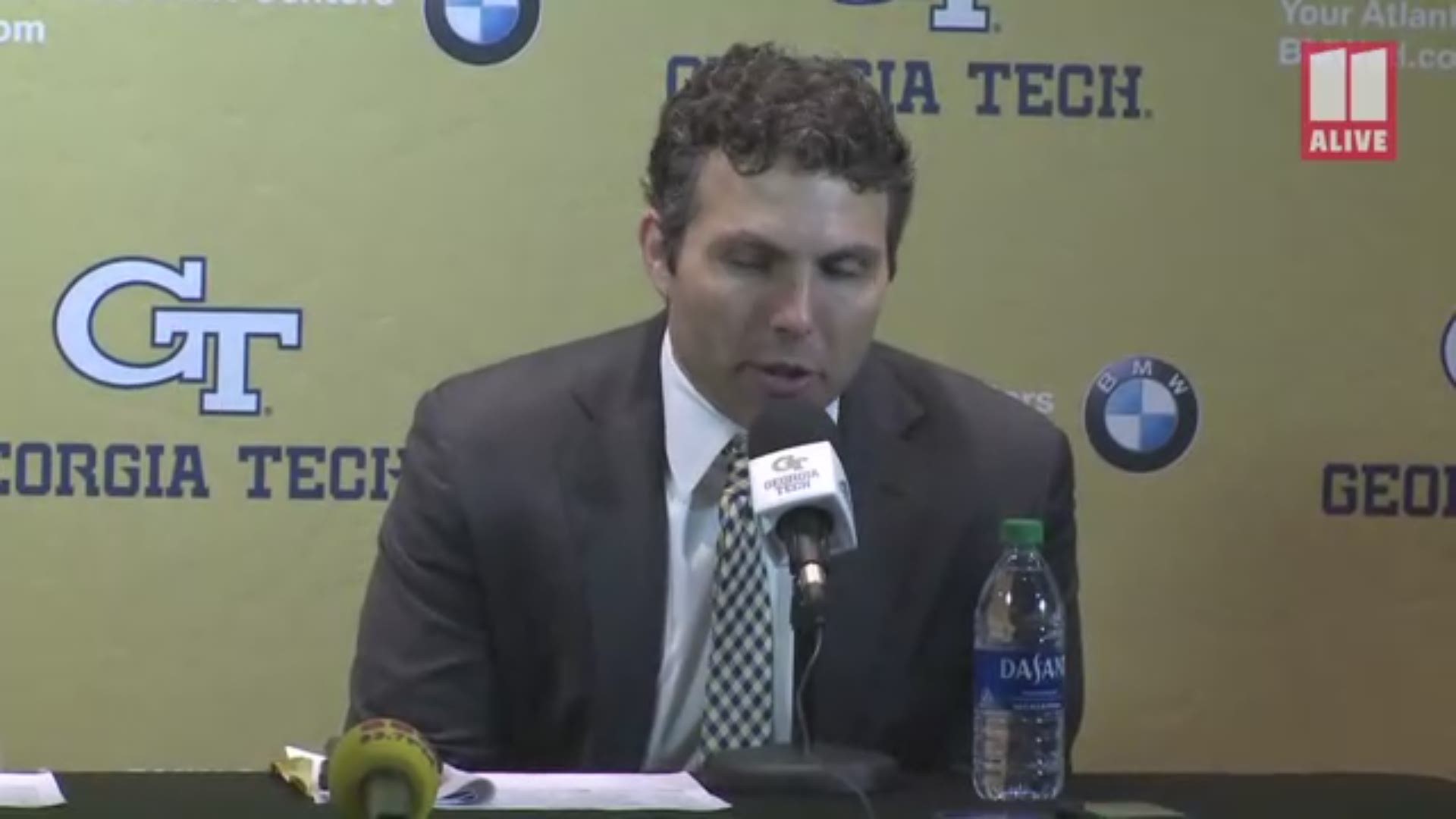 ATLANTA — Georgia Tech basketball is trying to take advantage of a weaker ACC and fight for relevance again.

Leading the charge is head coach Josh Pastner, who is in his fourth season with the Yellow Jackets.

He has a few accomplishments to hang his hat on: The Jackets were runners up in the NIT Tournament in 2017, and Josh Okogie was a first-round draft pick after Pastner's second season.

In his fourth year, the ACC doesn't have quite the same dominance as it's had in years past, but the typical players are still at the top - Duke, Florida State and Louisville.

How can Georgia Tech get in the mix?

The obvious answer is recruit more 5-star athletes, and the pressure is on with a big-time future NBA star leading the way at Tech's biggest rival, Georgia.

"I’ve told our staff, in order to be successful, if we’re not getting that 5-star recruit, we better have 5-star development in everything that we do with our guys on and off the floor," Pastner said.

Georgia Tech is fighting to get the 5-stars, but hasn't broken through just yet.

"We recruited Anthony Edwards. We were there very early in his recruiting process. We were the first ones to offer him," he said. "We’ll continue to recruit those type of guys, and eventually we’ll get a guy like that. But in the short term, we’ve got to get guys like the Josh Okogies who in two years turned into a top 20 pick in the draft."

There are also instances where Pastner says he doesn't want 5-stars. So who are the athletes he does want on his program?

Watch the full podcast above or listen wherever you get your podcasts. Pastner also discusses his early years as a coach, starting at age 13. Plus, he brings up his long term future at Georgia Tech.

Look for new episodes of Look Alive on Thursdays. In each episode, 11Alive sits down with the biggest figures of Atlanta Sports.

Subscribe, download, rate, and leave us a review! Check back Thursdays for new episodes with the biggest figures in Atlanta Sports.

Josh Pastner's Past, Present & Future
Is Georgia Tech basketball on the rise? After impressive performances against UNC and Duke, Alex Glaze sits down with Yellow Jackets head coach Josh Pastner and discusses the fight for 5-star athletes in Georgia and the upcoming challenges with name, image and likeness rules in the NCAA. Plus, will he ever leave Tech?