Andy Ogletree is the 2020 Masters Low Amateur and a recent graduate of Georgia Tech. 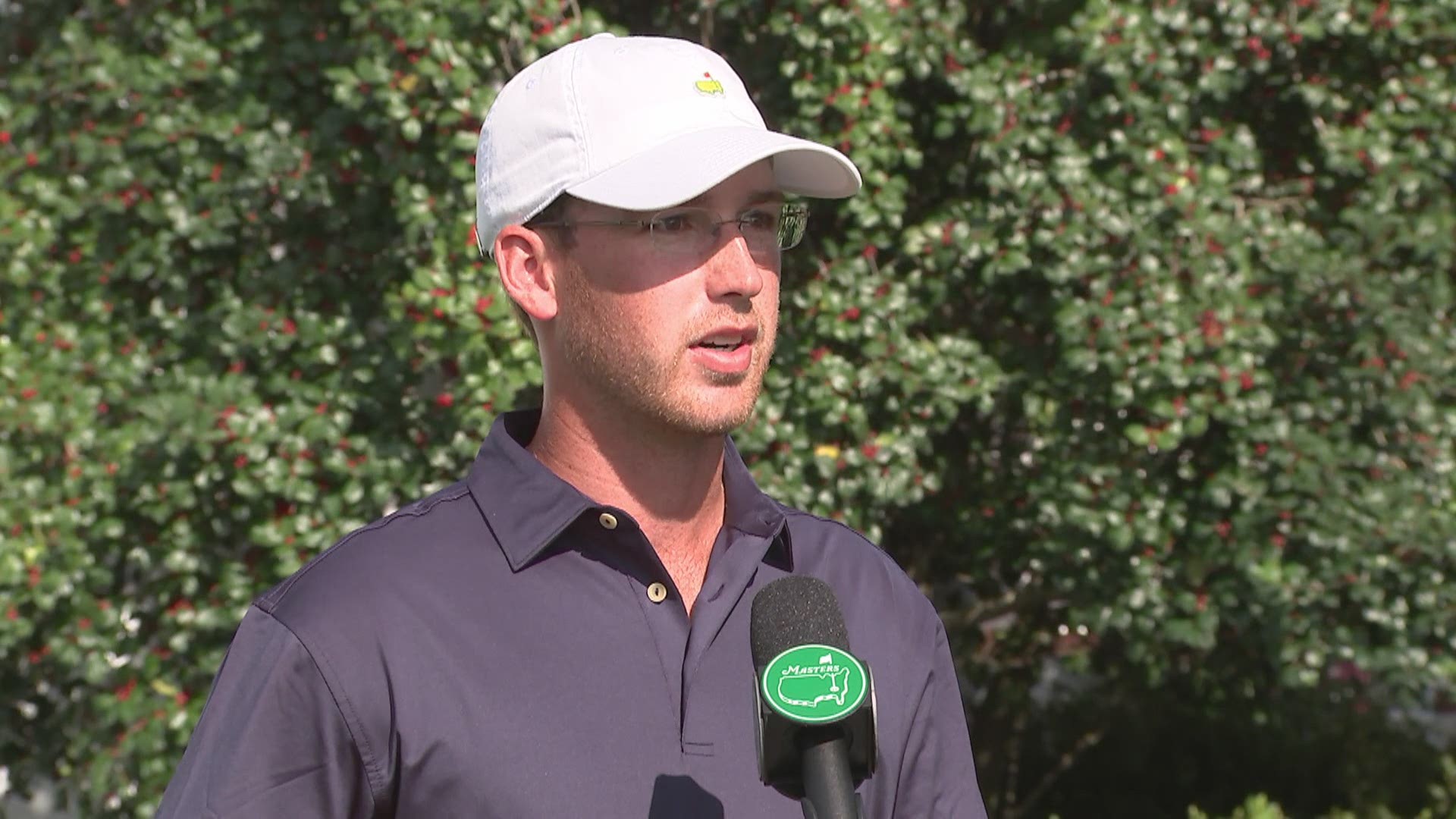 AUGUSTA, Ga. — In his Masters debut, Georgia Tech grad Andy Ogletree finished as the Low Amateur at Augusta, closing with a 72 on Sunday.

“Everything you would want to do as an Amateur, I’ve kind of accomplished,” Ogletree said.

“This is a great bonus to my resume I guess you could say,” he added.

His tournament score of 2-under-286 secured him a spot in Butler Cabin alongside some ridiculous company: this year’s Master’s champion Dustin Johnson and last year’s Tiger Woods.

“Didn’t do what I wanted to over the weekend, but I still managed to play some great golf and gave myself a lot of opportunities,” Ogletree said. "I learned a lot about my game and myself and I can’t wait to keep moving forward."

A start alongside his childhood idol Tiger Woods proved to be helpful.

“Going into the first round, I was super nervous, really didn’t know what I was going to say or how that conversation was going to go but, on the putting green Tiger came up and was like ‘What’s up man? Let’s go do this thing’," Ogletree recounted. "That really got me going and eased my nerves a little bit."

A move that was not at all surprising to coach Heppler.

“I think Tiger understands what he has done for this generation, and how he has changed the game, so it doesn’t surprise me that he did that."

“I plan to turn pro in the near future," Ogletree said. "I don’t have any sponsor invites lined up yet, so hopefully we get some of those and play on the PGA TOUR for a while."