Man's bet on Tiger Woods earns him more than $1.2M

LAS VEGAS (AP) — A Wisconsin man who claims to have never placed a bet on sports before he risked $85,000 on Tiger Woods winning the Masters is now more than a million dollars richer.

James Adducci was presented with a check for more than $1.2 million Monday at a sportsbook in Las Vegas. Adducci's win represents the largest golf payout ever for sportsbook operator William Hill US.

Adducci's reason for betting thousands with 14-1 odds? He said he had a feeling Woods would win because his children were watching.

"In that moment that he won, and I won, what was the most special for me, and it's why I placed the bet in the first place, was just seeing him share that victory with his kids," said Adducci, 39. "To me, he is a real guy with super human golf abilities, and in that moment, he had something with his kids that he's never had before."

Adducci does not have children, but golf is special for him and his father, who advised him against placing the bet. He described the experience of watching the tournament as a "roller coaster."

Adducci said he traveled to Las Vegas on Tuesday specifically to place the bet without even knowing the odds he would get at the sportsbooks because operators are not allowed to give information over the phone. The day trader said he cashed out a losing investment and used the money for the bet.

He said he was rejected by two other sportsbooks before William Hill accepted it.

"I didn't know, really, that this was a lot to bet on golf," he said. "When I said how much I was looking to bet, it just kind of was laughable. I didn't know what was happening." 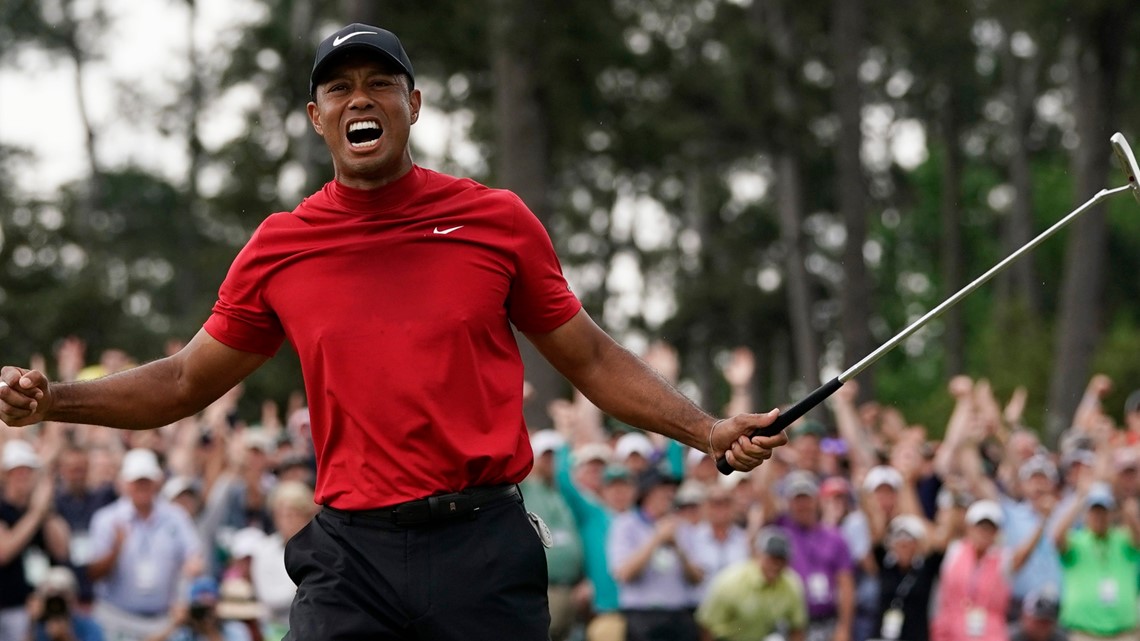 Joe Asher, CEO of William Hill US, authorized the bet after getting a call from the sportsbook.

"This is a story for the ages," Asher said. "Tiger climbs back to the top, and a guy from Wisconsin, on his first sports bet ever, wins over $1 million betting on him."

Adducci flew back to Las Vegas on Monday. Joined by Asher and SLS casino-hotel general manager Paul Hobson, he smiled while posing for pictures holding the check for $1.275 million — his original stake plus the payout of $1.19 million. Adducci said he is now considering using the money for other bets.