Six people were injured, allegedly when debris flew off a tree that had just been hit by lightning at East Lake Golf Club. 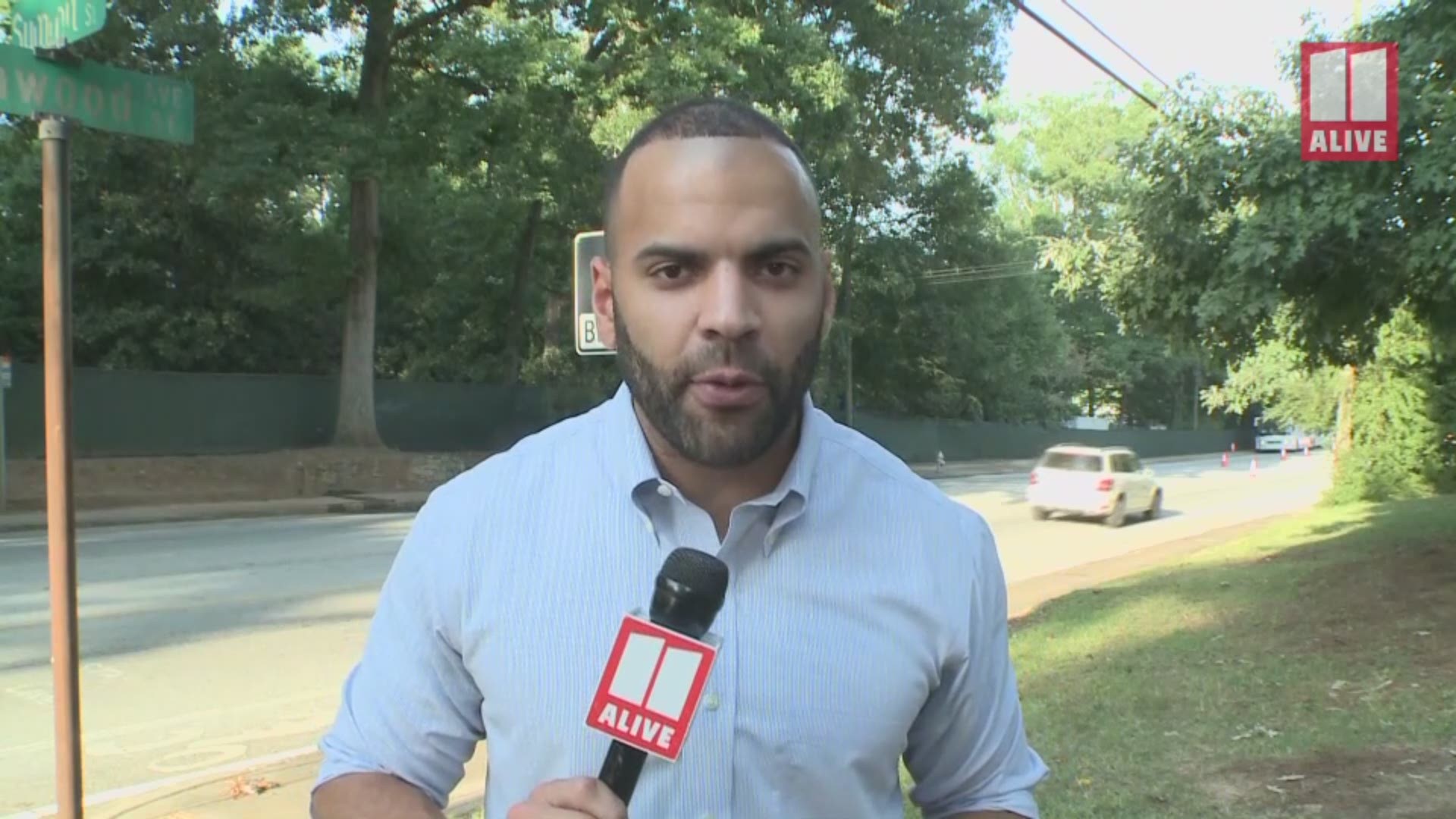 DEKALB COUNTY, Ga. — Several spectators at the PGA TOUR Championship, the final of the FedEx Cup, were loaded onto shuttles and away from East Lake Golf Club after a lightning strike that left six people injured and suspended play.

Authorities say that none of those taken to area hospitals - including one child - had what were considered life-threatening injuries. The moment was nevertheless very scary for fans who watched in horror as it unfolded.

11Alive spoke with some of the spectators who were on hole 16 when lightning struck the golf course.

He said that the lightning came out of nowhere followed by several moments of fear and chaos among fans.

"There was people running everywhere, screaming - it was pretty crazy," he said.

He said that ambulances arrived soon and began moving in toward the injured spectators.

"There was a little bit of smoke. I think it hit the tree at the main clubhouse," Helt said.

Authorities now believe it was debris off of a tree that caused the injuries rather than the lightning itself.

Another spectator said she saw another lightning strike that preceded the one that apparently caused the injuries.

"It was scary because the lightning that struck right in front of us was before the lightning that actually injured people," Shelly Gouchie said. "So that had happened which was enough for me. I had said to Derek that I'm ready to take shelter in a different location."

Still recovering from the surprise of the first strike, she said the second one really caught her off-guard.

"That's when we saw what appeared to be smoke where I assume people were injured," she said.

What started as a temporary suspension of play at the tour ended up being for the rest of the day as the event caused concern among fans.

The report comes as storms moved across the region causing severe thunderstorm warnings in north Georgia and parts of metro Atlanta.

Neither Atlanta nor DeKalb County was under a Severe Thunderstorm Warning at the time. However, 11Alive Meteorologist Samantha Mohr reported a heavy storm moving over through with multiple lightning strikes.