'He loves the bright lights' | Teammates, fans in awe of Trae Young after Game 1

The point guard's 48 points led Atlanta to a 116-113 win Thursday night over Milwaukee. 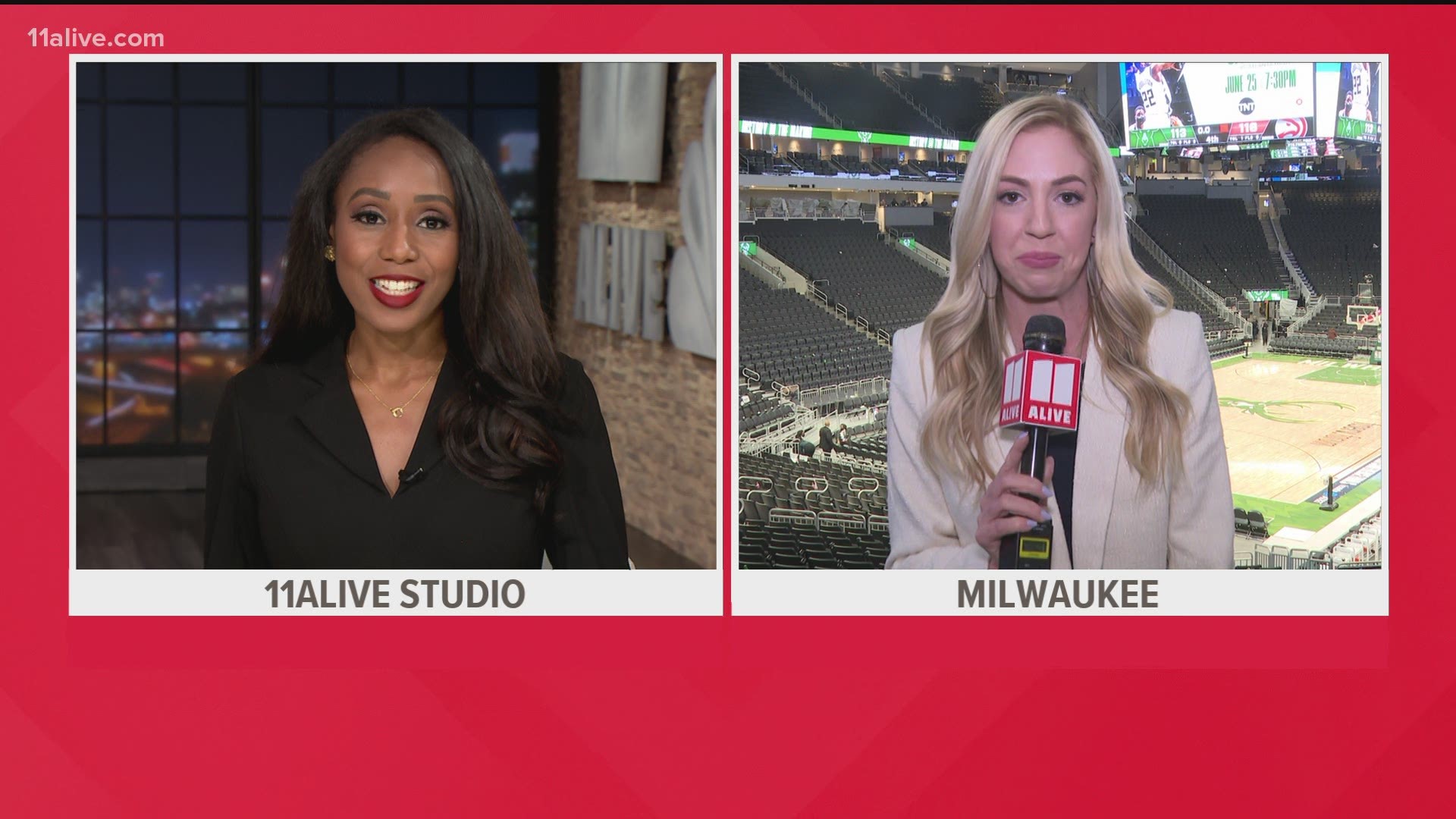 ATLANTA — "Keep doubting us," was Trae Young's message after the Hawks took Game 1 of the Eastern Conference Finals in Milwaukee last night.

Trae may thrive on proving doubters wrong, but there are none of those among his teammates. Only disbelief.

The point guard's 48-point effort to give the Hawks their first win in a conference finals series since they moved to Atlanta more than 40 years ag left everyone from John Collins to Kevin Huerter to the fans in awe.

RELATED: The Hawks stack up better against the Bucks than you might think

"I don't know what more people need to see from him in the playoffs to let them know he's a big-time player," Collins told ESPN after the game. "He loves the bright lights."

Huerter, the breakout star of Atlanta's Game 7 win over Philadelphia to reach this stage, was stunned after Trae popped a shimmy before draining a three at one point in the third quarter.

"Did he really just do that?" he told reporters was his thought. "He was unguardable. He was fearless, like he always is.”

TRAE SHIMMIED ON THE BUCKS 😳 pic.twitter.com/pIwLfAsibw

Riffing on an old post by a "crazy historical facts" account, Twitter user @Kofie compared Trae leading Atlanta to their first conference finals win in city history at age 22 to Sir Isaac Newton's discovery of the law of gravity at 23.

And indeed it's indisputable: 22 is more impressive than 23.

Trae Young was 22 when he led the Hawks to their first Conference Finals win in Atlanta history. https://t.co/9hXLSKEB7N

Having stolen home court advantage from Milwaukee and setting things up for another feisty series, Hawks fans are flying high: