Hawks vs. Knicks playoffs in Atlanta | Everything you need to know for Game 3

They'll be playing before a full capacity crowd. 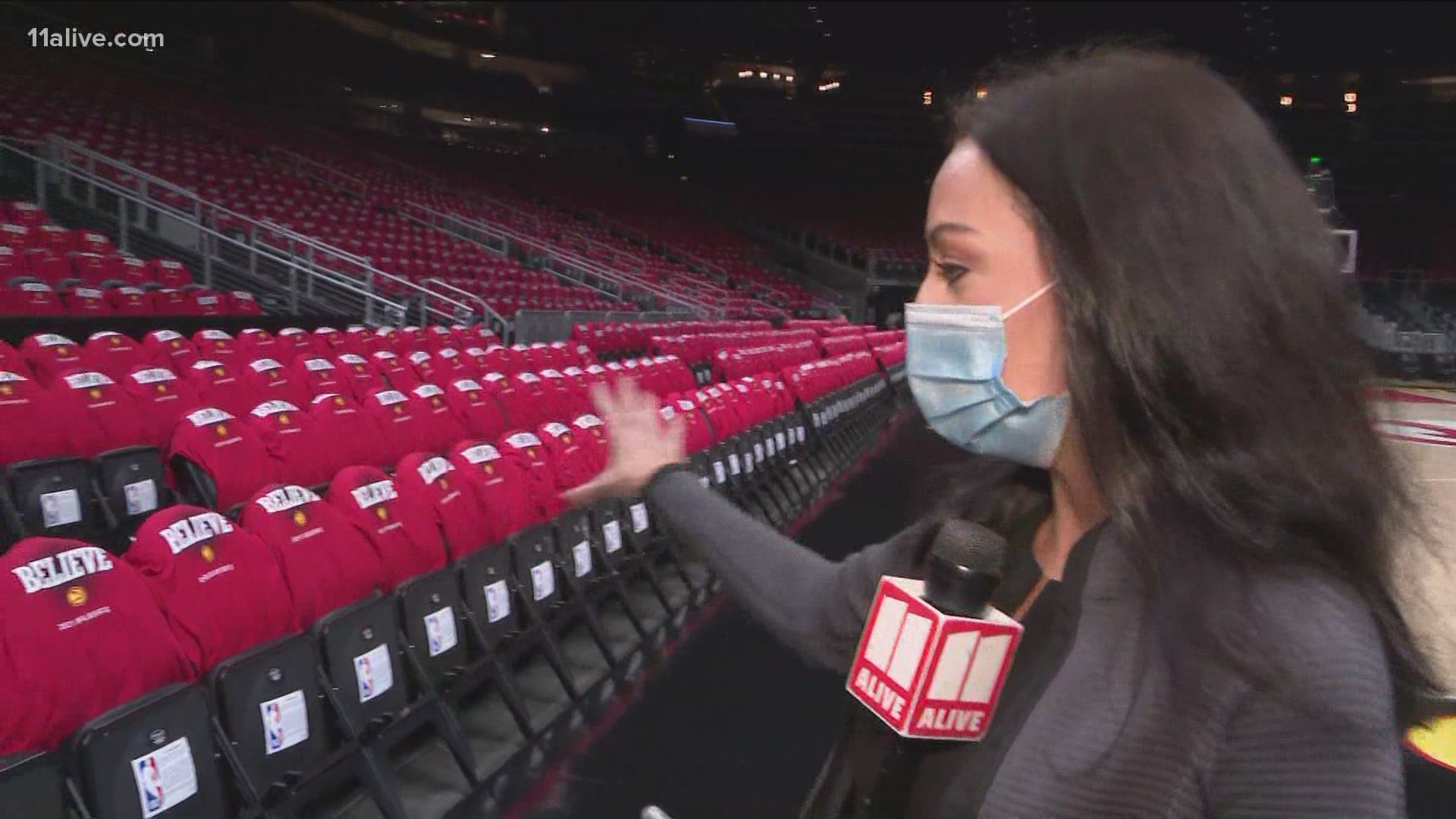 ATLANTA — After a wait of more than a year for a capacity crowd and four years for a playoff game, Atlanta is set for a prime time basketball showcase tonight.

Game 3 of the Hawks' first round playoff series against the New York Knicks will tip off before a nearly-full crowd, with more than 15,000 people expected to be in attendance.

The team is maintaining a number of COVID-19 protocols you'll want to know if you're headed to the game. Those include needing to wear a mask unless you're eating or drinking in your seat.

RELATED: 'Keep ya mask on my boy' | Knicks fan appears to spit at Trae Young, now banned from games

If you're headed to the game, doors open 90 minutes before tip-off, and tickets are still available on official re-sale markets.

The Knicks and Hawks have played a couple highly competitive games to start the series, with Atlanta squeezing past New York to steal Game 1 before the Knicks made a huge comeback and then held off a late Hawks charge in Game 2.

That game also saw a Knicks fan spit at Trae Young, and a separate incident in Philadelphia with a fan throwing popcorn on a player has teams on high alert for bad fan behavior.

So if you're going, grab your "Believe" t-shirt and represent Atlanta well!