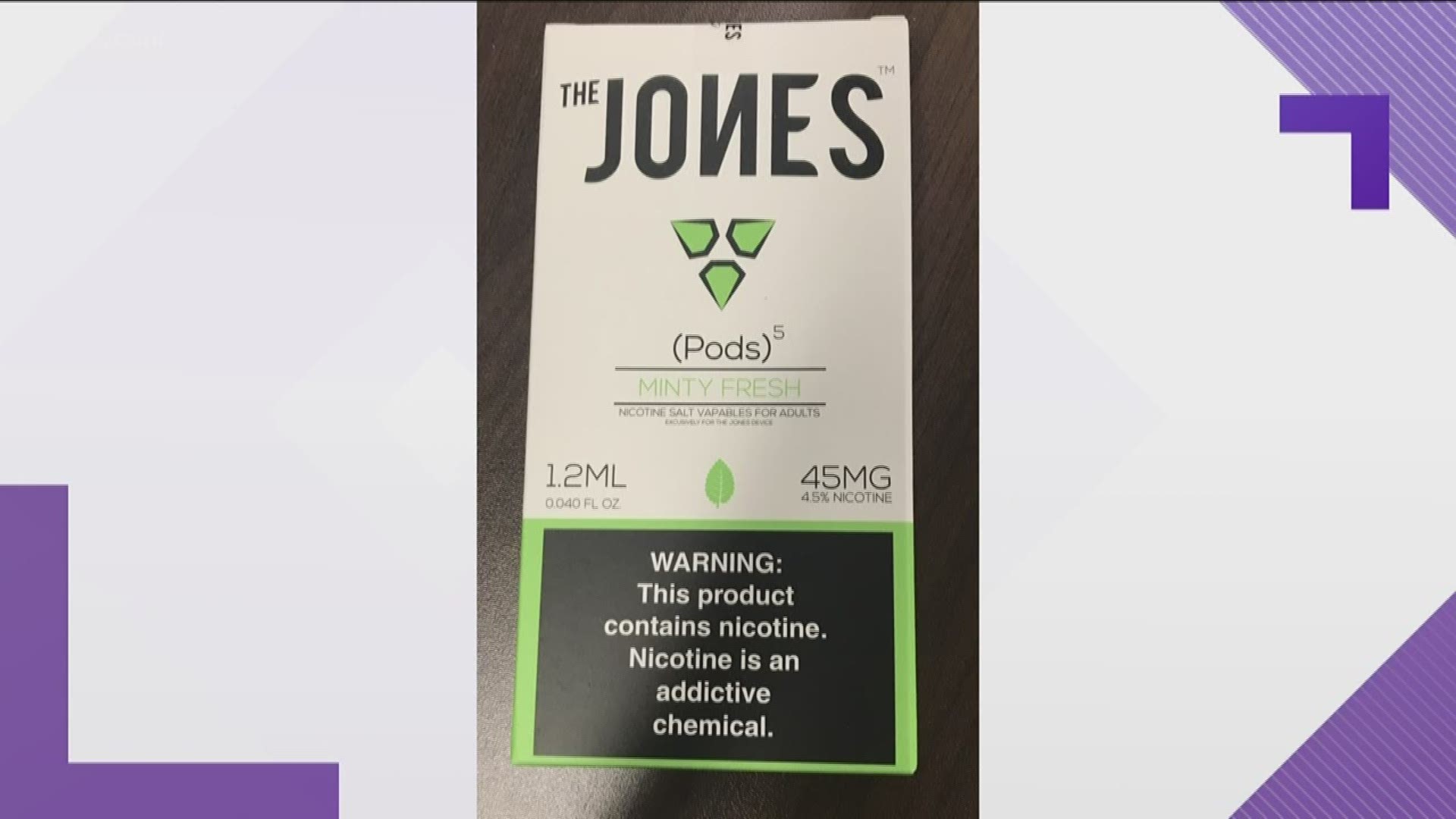 CHEROKEE COUNTY, Ga. — As e-cigarette use continues to be a problem among juveniles, one metro Atlanta marshal's office is cracking down on those who are selling them.

The Cherokee County Marshal’s office gathered 15 underage teens this week and went to 87 different stores countywide that sell vape products to attempt purchases. During the operation, 16 stores made sales to underage teens, they said.

The suspects were identified and will be allowed to turn themselves into the Cherokee Adult Detention center within one week to be booked on the charge.

“After receiving a number of complaints about underage persons buying these products, we were eager to partner with other law enforcement agencies in an effort to stop the sale of these products to our youth. I want to thank all the agencies involved as well as our partnership with Cherokee Focus Drug-Free Cherokee Coalition in this effort," Chief Ron Hunton said.

Officials say the timing was no accident.

Cherokee County schools start next week and the district has enacted newer, more stringent repercussions for students caught with vape products on campus.

They will enforce a zero-tolerance policy where any student found with a vaping device -- will be treated the same as if the student had marijuana.

According to the Centers for Disease Control and Prevention, e-cigarettes are the most commonly used tobacco product among U.S. middle and high school students. The CDC also said some e-cigarettes don’t look like tobacco products, so some kids use them unnoticed in schools, including in classrooms and bathrooms.

Some parents aren’t as worried about their kids vaping as they are about their kids smoking. Because “vaping is safer than smoking”. The 11Alive Verify team was able to find out that e-cigarettes are safer. However, there are many caveats.

The aerosol found in the e-cigarettes can contain cancer-causing chemicals as well as nickel, tin, and lead. Even though the toxins in e-cigarettes are significantly lower. Safer does not mean safe.

A top executive for Juul said that the company never intended for their product to be used by under aged teenagers as he spoke in front of house lawmakers earlier this week.

Monsees pointed to many steps the company had taken to combat underage use including shutting down its Facebook and Instagram pages and pulling several of its flavored pods out of retail stores to keep Juuls out of the hands of teens.

The U.S. Food and Drug Administration gained the authority to regulate e-cigarettes almost three years ago, but the agency has repeatedly postponed a deadline for vaping companies to submit their products for health and safety review.

Smoking didn't kill him, but a vape battery almost did

Vape shops no longer allowed in the City of Lilburn

Verify: What we know about the risks of vaping