Arik Gilbert has made his decision. 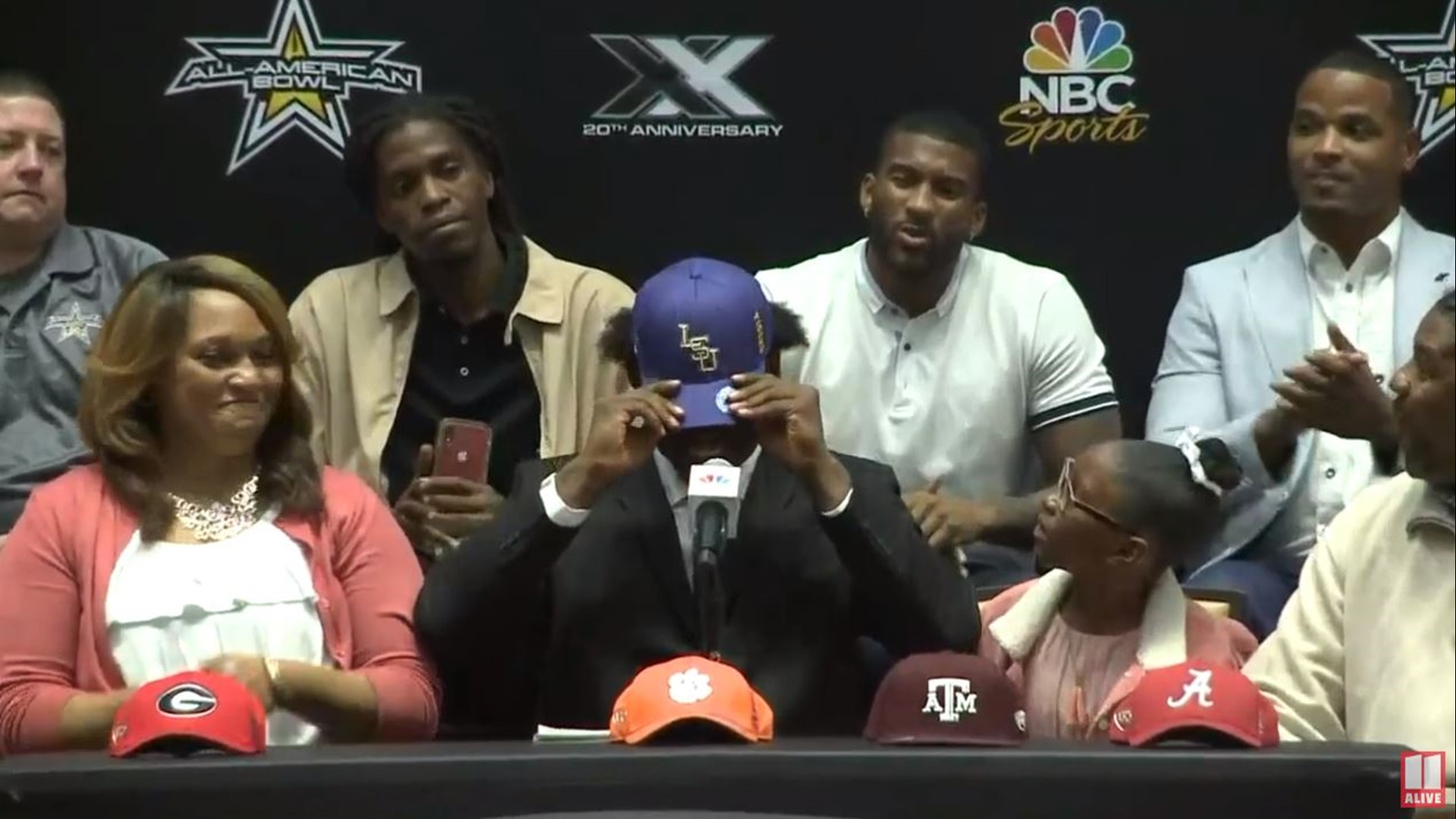 Gilbert, the No. 1 tight end in the country and the now committed top recruit in Georgia, chose LSU Wednesday night, during the All-American Bowl ceremony at the College Football Hall of Fame.

The 5-star tight end chose between Georgia, Alabama, LSU, Clemson and Texas A&M. (Watch the moment he made the decision.)

Gilbert took several visits, his most recent being in Athens to see Georgia's uninspiring 21-0 win over the Kentucky Wildcats. According to Rivals, Gilbert had been looking out of state and Alabama had become his likely top choice with Clemson close behind. Alabama's style of play would complement Gilbert. He ultimately chose LSU.

When asked why he chose to play for the Tigers over the others, Gilbert said family factored in big time.

"My big thing that I valued throughout this process was family," Gilbert said. "I feel like Coach O has a good thing going there with 'One team, one heartbeat,' the school  is just - I don't know, I fell in love with it from the moment I stepped on the campus."

He added that it also meant a lot to have his family there with him on the stage as he announced his decision.

"It means the world to me, to be honest," Gilbert said. "Just to have everybody that I had with me throughout my life to be on the stage with me for one of the biggest decisions of my life."

Gilbert's quarterback, Harrison Bailey, will also receive his All-American jersey on Wednesday along with several other players from metro Atlanta. Bailey is committed to Tennessee.

Marietta has leaned on Gilbert this season. Last week against North Paulding, Gilbert caught nine passes for 207 yards and three touchdowns. It was his third 200-yard game this season.