Tennessee commit Cody Brown on what led him to Knoxville, goals for last year with Parkview

We take a minute to talk with Cody Brown about his plans and his college decision. 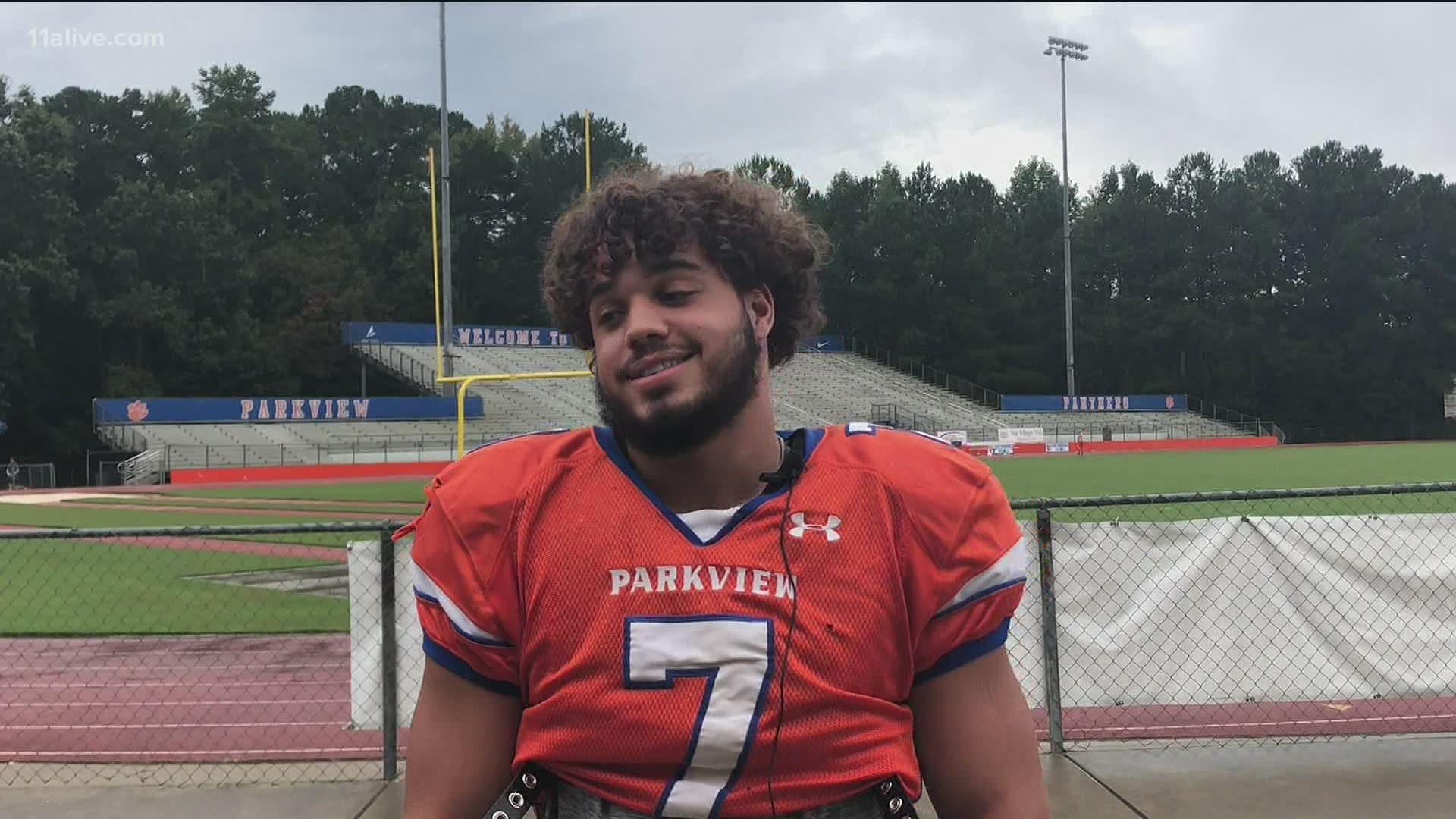 GWINNETT, Ga. — Jack Austin, UGASports.com: Can you walk me through what the beginning of your recruitment was like early on and then when you realized you had arrived as a big-time prospect?

Cody Brown: So it was after sophomore year, I had a really big playoff game against Archer. I had one really long run at the end of the game - I think I broke like, six or seven tackles and there were two other five-star [college recruit] players on the other side. After that game, a week later, Indiana offered me, and then Auburn, LSU offered me in the same day. After that is when they all really started coming in.

Austin: How did it play out with the first schools you were really interested in. You were committed to Georgia at one point right? – How did that all play out?

Brown: I wasn’t actually ever committed to Georgia. If anything, that was the school I was really close to. Really my top three were Clemson, UGA, and Auburn – those were my initial top three. Those changed so many times throughout my recruiting, but UGA usually stayed pretty high up there. Right before I committed, it was down to UGA, Auburn, and Tennessee.

Austin: So when we’re talking about all of these different big Power-5 schools, what are you looking at to differentiate them?

Brown: When you go to all these big schools, you know they have all the facilities, all the nice gear, and that stuff. What I was looking for was a school I could be great at, and not just a good football school like that. How is the town and how is the culture with the players on the team? When I went to Knoxville, I just knew, Knoxville was for me.

Austin: How many times have you gotten to go visit up there?

Brown: Since freshman year, I’ve been to Tennessee maybe five or six times. Those were unofficial visits.

Austin: Are you talking to anybody that’s up there already right now, or that will be going with you soon about it?

Brown: Yeah I contact a bunch of players and recruits. I talk to Harrison Bailey [Tenn. FR, previous Marietta QB] all the time.

Austin: So where you’re at now, do you see yourself as a complete back already, or do you think you have some work left? Have you talked about your role with Tennessee and what that would look like?

Brown: We’ve talked about it already, and they all believe I could hop on the field right now and produce yards and get touchdowns. I believe it, too, and I’m not even just saying that. I believe that, physically. I’m ready for the SEC, and I’m ready to play my freshman year.

Brown: Really, I’ve just got to prove to everyone why I’m the best back in the state of Georgia and help my team get a ring. I’ll do whatever I can do to help that at all costs.

Austin: Has Tennessee or anyone else mentioned any specific points in your game to keep an eye on and maybe try to improve on this season?

Brown: I keep in communication with Coach [] Graham a lot, the RB coach. We analyze my film and he’ll give me some pointers and stuff like that. Of course he’ll try to help me get better, but there’s really only so much you can do over a Zoom call.

Austin: Yes of course – so I’m assuming you won’t be able to make any visits up there this season right?

Brown: Yeah so apparently, there may be some type of permissive waiver that we can sign, and then we could go up there. But that’s just something I heard -hopefully we can get up there soon because I really need to get back there.

Austin: So wrapping up, like we were mentioning before we hopped on the video, what is like for you as a football fan and player to be able to come out here with football going on Friday, Saturday and Sunday? Does it bring any type of normalcy back for you guys?

Brown: Definitely – It’s definitely brought life back into all of us playing when we see games happening again because that’s all we’ve known growing up is football. I think it feels a lot better now for everyone now that football is back and everyone needs it.