Noor Abukaram is a junior in high school and proudly wears her Nike sport hijab when running for Sylvania Northview. It's never been a problem for the past 3 years. 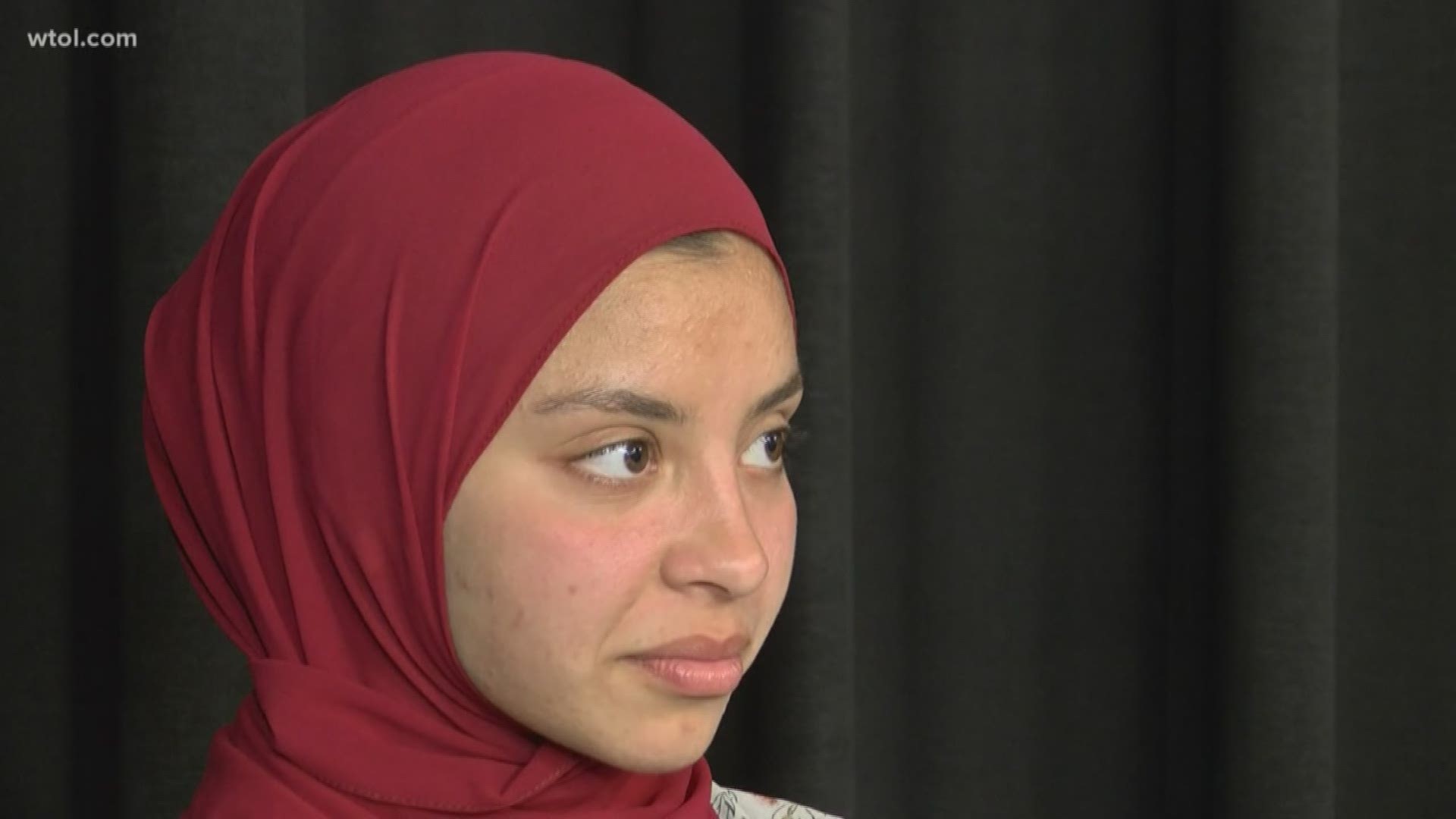 "My heart dropped. I felt like something horrible happened to me, something that I always thought could happen, but never has happened. I think I was mostly embarrassed, because like I never expected that to happen." - Noor Abukaram, Sylvania Northview student athlete

A local high school cross country runner was disqualified after her recent race, because she was wearing a hijab. Was someone in the wrong with the disqualification or not?

Noor Abukaram is a junior in high school and proudly wears her Nike sport hijab when running for Sylvania Northview, and it's never been a problem for the last three years, until a meet last week.

Officials began their usual uniform check before the race. When Noor saw officials talking to each other, she assumed it was about her hijab.

"And in the back of my mind, I was like 'Are they going to say something about my hijab? Or about my uniform because it is different?'" Noor said.

But instead, Noor's teammate was approached by officials, telling her that her shorts were out of uniform and that she must change to run. But they did not say anything to Noor about her hijab.

However, after crossing the finish line, Noor did not see her name on the board.

Despite not being told prior to the race, Noor's hijab was out of uniform - allowing her to be disqualified.

"And, like, my heart dropped. I felt like something horrible happened to me, something that I always thought could happen, but never has happened. I think I was mostly embarrassed, because like I never expected that to happen," she said.

The Ohio High School Athletic Association requires coaches to have a waiver for athletes wearing anything that is not a part of league-approved uniforms. Noor's family and coach were unaware that she needed a waiver, mainly because she's been competing in multiple sports for three years, always wearing her hijab with no issues.

Now for her next meet, Noor has a special letter that says she can wear her hijab. And while she's happy she will be permitted to run, she's also disappointed she must have the letter in the first place.

"It's a part of me, I'm not going to take it off so I can run! I just don't want this to happen to anyone else, like any girls girls younger than me that are wearing hijab," she said. "I don't want them to ever have to worry or to have to write a letter so that they can go run."

Noor wanted to make it clear that her coach and teammates have all been incredibly supportive of her wearing her hijab and are also confused about this rule.

We reached out to the Ohio High School Athletic Association. They explained their official was simply enforcing the rules, but did not make it clear as to why they did not tell her it was an issue before the race.