Guarding against COVID-19 on the gridiron

Football is back - but it's going to look a lot different this fall. 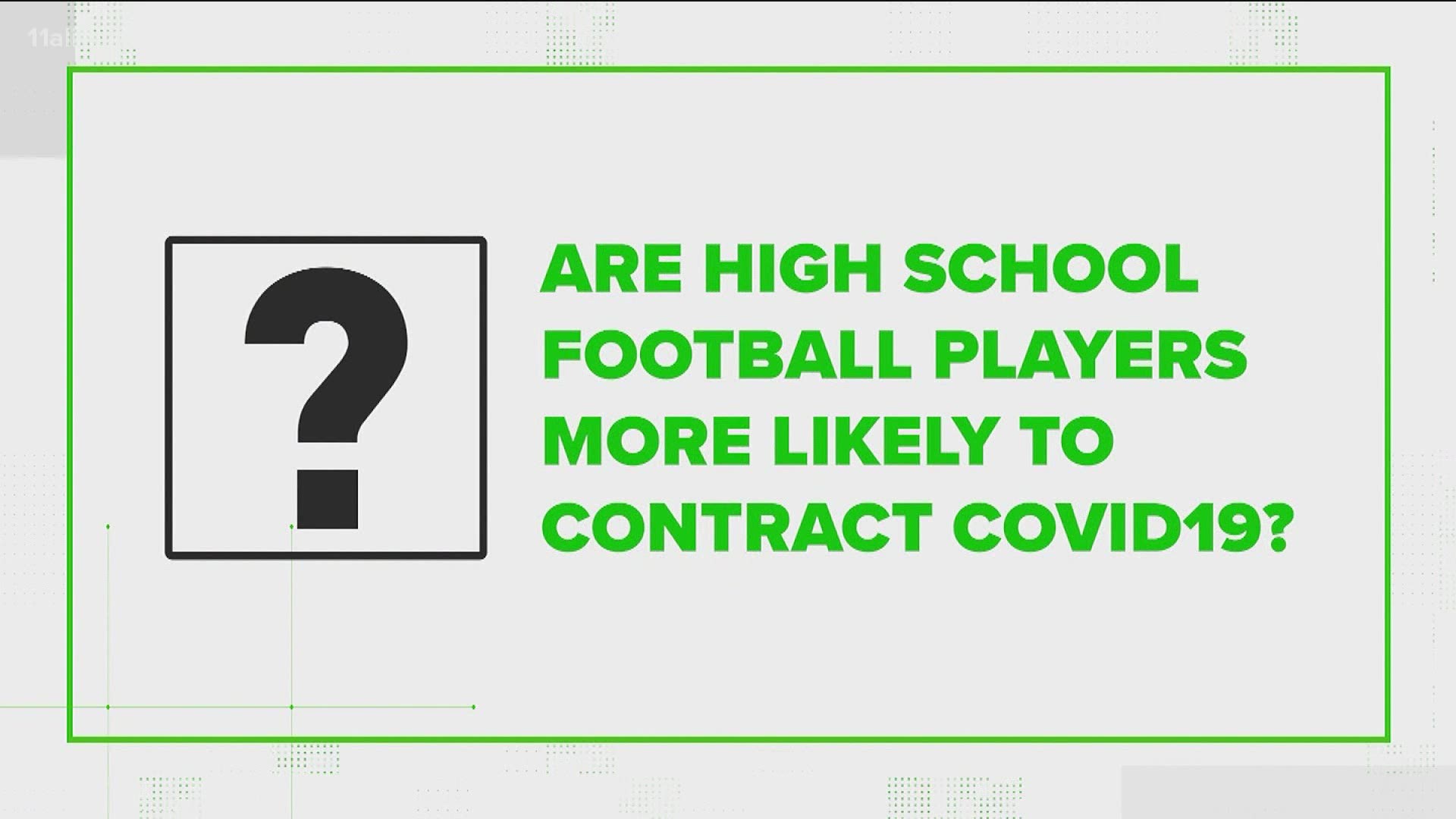 STOCKBRIDGE, Ga. — It's Friday night and people across the state are pumped for the start of high school football. But some schools are pumping the brakes instead because of concerns about COVID-19.

Either way, football is going to look a lot different this fall.

Normally the high school season would be well underway, but after a two-week delay to the start of the season to give everyone more time to prepare, it's finally the first Friday night.

This week's Team 1-1 game of the week is between Woodward at Eagles' Landing Christian Academy.

Maria Martin dug into how schools are navigating all the changes and new safety measures.

11Alive spoke with Georgia High School Association board of trustee member and Fulton County Athletic Director Stephen Craft on getting the season started during COVID-19.

He told 11Alive Friday night's game will have a limited crowd and teams are taking lots of precautions.

There is still some concern about how closely those policies will be followed. During Wednesday night's game at the West Forsyth High School, 11Alive saw many fans without masks sitting close together. We reached out to the school, and they said it is essentially a choice for fans to attend the events. The school - like many others - is limiting stadium capacity, adjusting seating and adding signage about masks. Ultimately, it's up to fans when it it comes to following those measures.

Still when it came to teams playing, there was more than one canceled game - forced to be called off due to the coronavirus.

Mill Creek and Berkmar high schools were both forced to cancel games this week after someone on each team tested positive and several others were exposed.

But another question for GHSA to figure out: how are organizers trying to create fairness among teams when some schools have canceled, others may have to cancel in the future, and not every team will play the same amount of games?