The junior safety explained that after he won a state championship in track last spring and connected with a new trainer, his football recruitment took off. 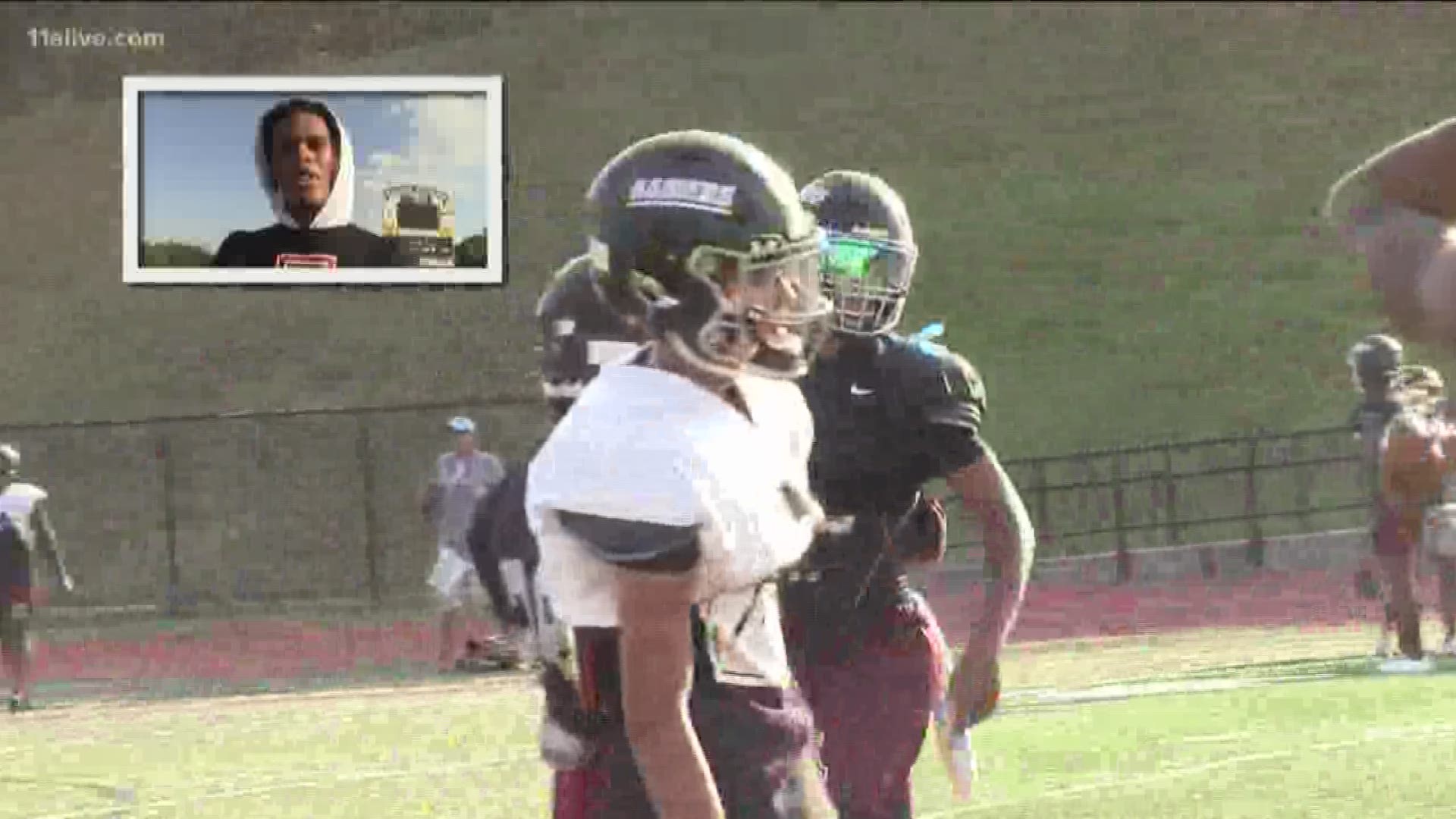 ALPHARETTA, Ga. — For Alpharetta junior Jaden Slocum, being recruited to a variety of Power-5 college football programs still takes some getting used to.

Slocum, a safety for the Raiders and 3-star recruit according to Rivals.com, received his first scholarship offer from Pittsburgh back in May. Now, he has offers steadily coming in from some of the biggest programs in the country including Georgia, Florida, and Tennessee.

The junior safety explained that after he won a state championship in track last spring and connected with a new trainer, his football recruitment took off. For Slocum, who prefers to play his part behind the scenes, the new wave of attention took some time to get used to.

“It’s been a huge adjustment because I’m used to people walking around and not knowing who I am,” Slocum said, “and now it’s like ‘Oh you’re that kid from Alpharetta with all the offers’ and other stuff like that. Coming back to the team, I just make sure I put the team first and try not to worry about all the other things going on in my life right now.”

OTHER NEWS: SEC says games could go dark on DirecTV this weekend in ongoing Disney-AT&T dispute

Despite the fact that his recruitment only took off a few months ago, Slocum has been making an impact on the field throughout his time at Alpharetta.

Last year, as a sophomore, he finished the season with 51 tackles, one sack and four interceptions. Slocum also played some time at the receiver position to the tune of 123 yards and two touchdowns.

“I think the best thing I do on the field is using my football knowledge and studying film to be able to figure out what the other team is doing before they do it,” Slocum said. “Then when I have to make a play, I just have to remember I’m probably the only thing standing in the way between him and the endzone and I’ve got to get the job done.”

Part of the adjustment that comes with a sudden surge of college football scholarship offers is finding the proper balance between focusing on recruitment and still being present and locked in for teammates. For Slocum, however, this skill came naturally.

“I just try to make sure not to overshadow the team and that’s easy for me because I’m not a person that likes the spotlight naturally,” Slocum said. “I just try to do what I can that helps me and the team at the same time.”

Even though there is a long way to go before he commits, according to Slocum, the influx of offers means he now knows he belongs in the Division 1 discussion.

“The SEC is known around the country as one of the best conferences to play in,” Slocum said. “It’s been huge because it kind of cemented the fact that I am D1 caliber talent. Having those SEC schools looking at me as well as the rest of the big conferences gave me confidence.”

Slocum and Alpharetta return to the gridiron this Friday, Sep. 13, with a home matchup against Pope.