The junior linebacker plays a hybrid role at Buford and has already received offers including one from UGA way back during his freshman year. 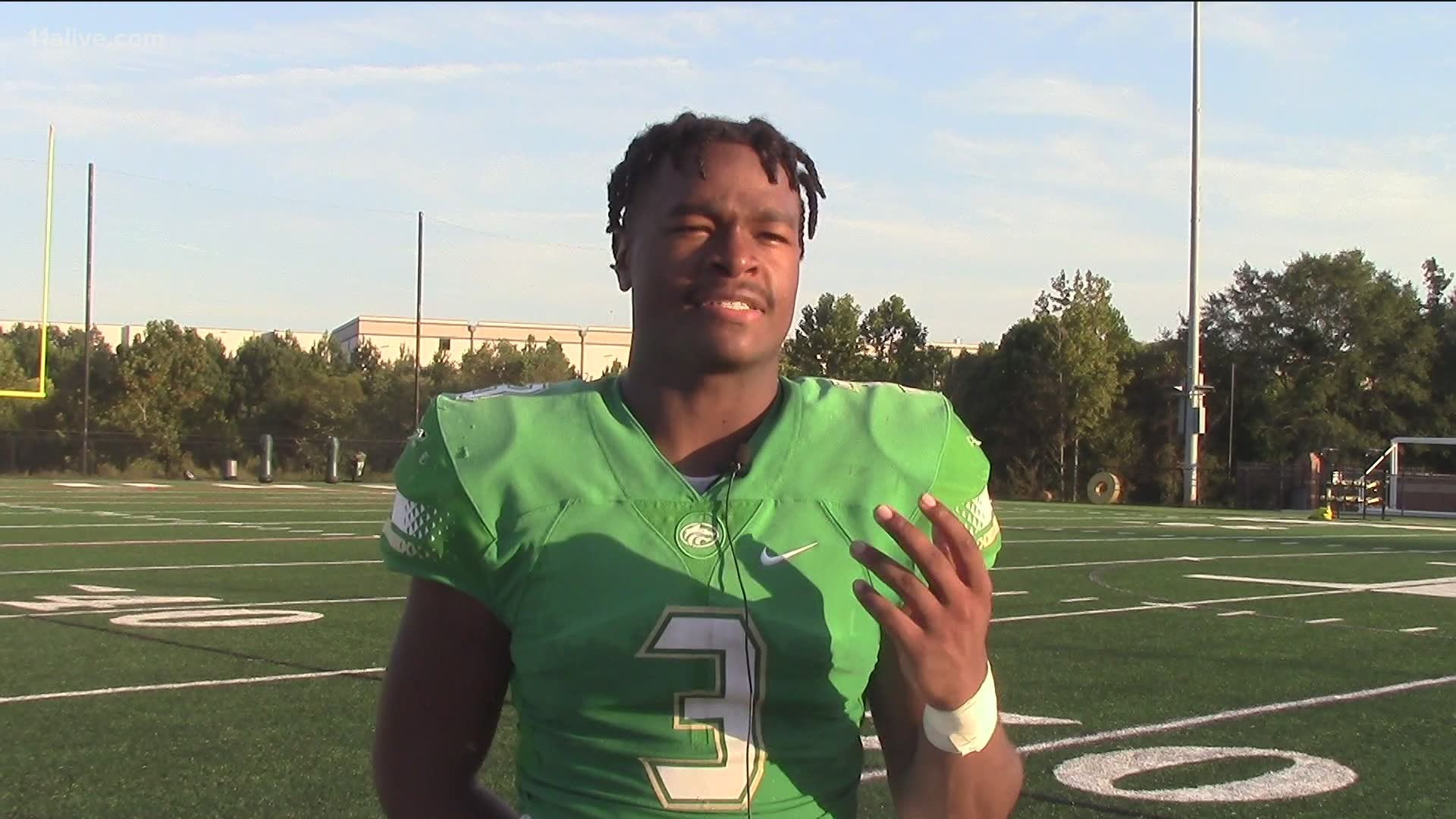 BUFORD, Ga. — Tonight, we're recognizing a true hybrid star player with Buford's Aubrey Smith. Smith plays both linebacker and safety. He's also already turning some heads in his junior year; though, coaches have been keeping tabs on this gridiron powerhouse since his freshman year.

Jack Austin, UGA Insider: Where would you say you’re at in your recruitment? - I know you’re uncommitted, are you still just trying to get an idea of things and feel out your offers right now?

Aubrey Smith: Right now, Georgia is talking to me, and people from Nebraska are talking to me. Right now I’m trying to get my top 5 ready so I can just visit, and hopefully, on the first, we can take visits again.

Austin: Definitely, so, when did your offers really start coming in? Was it a little bit last year or maybe over the summer this year?

Austin: Yeah, and at the time if you weren’t getting to get out here as much as you wanted you could fill that time with recruiting and look ahead to the next step. So, once you kind of started getting your offers, I know you haven’t been able to visit most of these schools yet, but are you talking to coaches and feeling each other out right now and that’s kind of how your back and forth goes?

Smith: Yes, every day there’s a phone call or text with the head coach, defensive coach and make sure I understand everything because I don’t want to go in there blind and then regret going to a college.

Austin: Definitely, from what I read up a little, I saw you’re kind of playing a hybrid with linebacker and safety, how did that develop and where did you start at?

Smith: I started at linebacker and then people left, got sick or just moved, basically, so Coach App [Buford head coach Bryant Appling] wanted me to be more of a leader this year, more of a vocal leader and then also more of a virtual leader, too.

Austin: Did you have a lot of time to contribute any starting time last year or are you stepping up into more of that this year?

Smith: Last year, it was the second game. We played Milton - that was the first game I started and I’ve started every game since. I was nervous because Buford has a great tradition; so, I was real nervous about that, but now, I’m fine.

Austin: I’ll throw you the same question I threw to Gabe [Ervin – Nebraska RB commit, Buford teammate]. Playing with guys that are up to your caliber and really challenging you every day, what do you think that does to help push you up to that next level?

Smith: Exactly, backs like Gabe are just like college backs or NFL backs, so every day you hit them, you run with them, some days it can be hard, but each day you know that you’re getting better, so that’s all we really care about.

Austin: So, you’re in the recruitment process, at this stage, are you able to talk about what you would be doing on the field and what your role would look like there, or is it still more introductory type of stuff?

Smith: At Nebraska, I talked about playing linebacker, and they said maybe even a MIC or an outside linebacker, but that’s the only school so far that’s said that.

Smith: I would stay in the hybrid role because I like moving around. I like playing outside, inside and a little bit of safety.

Austin: You said coaches mentioned you stepping up to being more of a vocal leader and, coming off of the state title last year, what does it mean that they want to put that confidence and trust in you to come out here and get guys knowing where they’re supposed to be?

Smith: It means a lot because it shows that trust, and not even just coaches, teammates trust me now too, and even the fans trust me. So it was a big step coming into that role because sophomore year last year, I was kind of nervous, but I kind of have my foot in the ground this year so I’m fine now.

Austin: So, like I mentioned with Gabe, getting out and actually going to some of these schools would be the next step you’d want to get to. Do you have anyone in mind you’ve been talking to that you’d want to go see when you can?

Austin: You mentioned Georgia – they offered you a while ago right? They’ve been on you for a while – when did they first offer you?

Smith: It was the third day of my ninth-grade year.

Austin: So, that would have been before you put up any tape or anything like that. How does that work when you get an offer like that? Is it kind of about you having to keep doing what you’re doing because there’s so much time left? What does that look like?

Smith: It’s just pressure, but at the same time, it’s good pressure because they know ‘Yes, we know you can play football, but now, just take it up a notch.’ That was like a blessing, it was a real blessing.

Austin: It’s kind of like an eye-opener, too right? Like, this is the caliber coaches think I can play at. So lastly, what does it mean for you as a football fan and also a player to be able to come out here with your guys every day and then also be able to go watch college and the NFL?

Smith: It brings back the old life where you can play football and watch football on Saturday, Sunday, and on Monday. At first, we were nervous because we didn’t think we were going to have a football season or have any fans because no fans is weird. But now that we have fans, it still doesn’t feel the same, but at the same time, I’m still just happy we have fans and football.