Both committed to Auburn this past July. 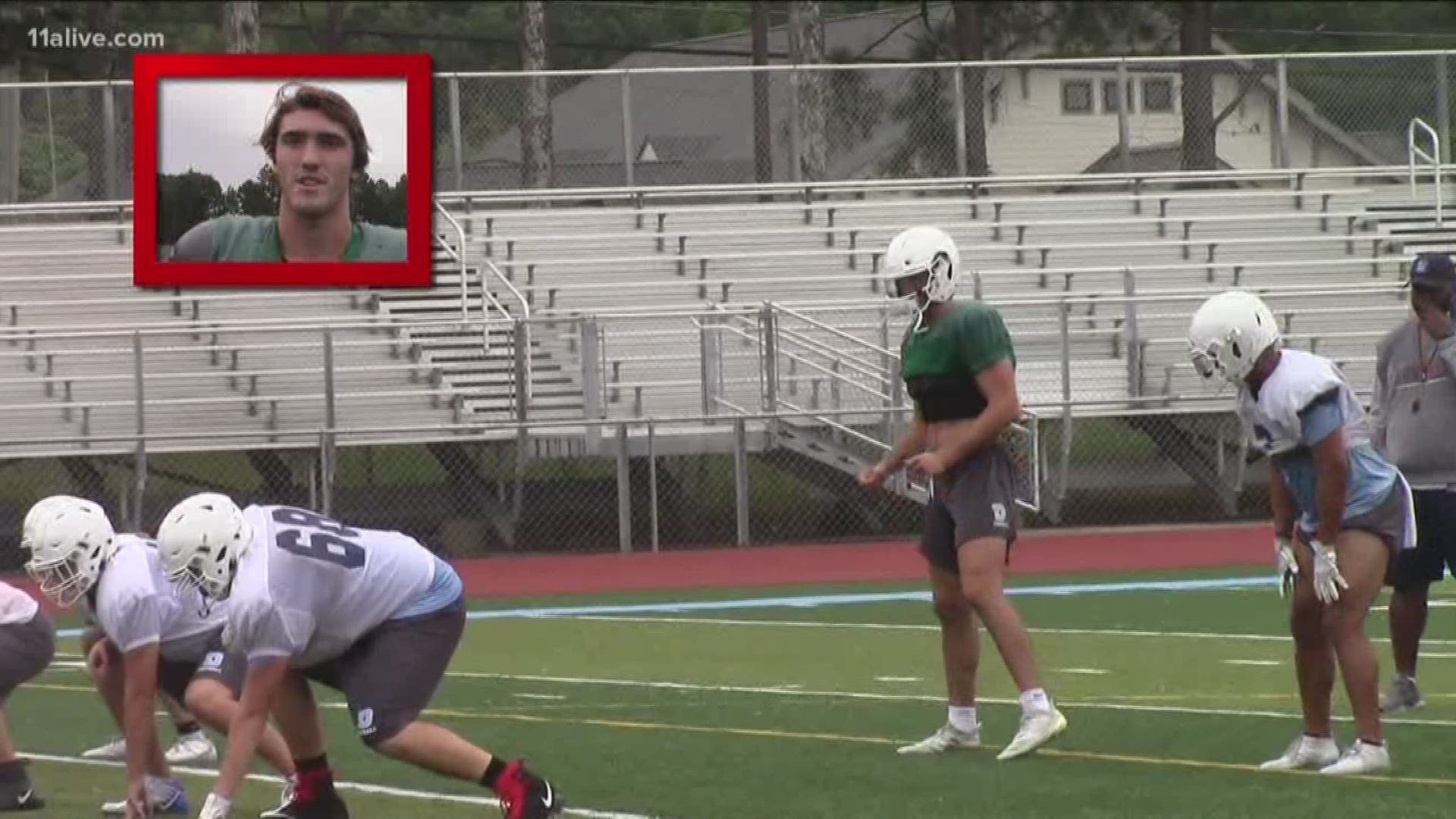 FORSYTH COUNTY, Ga. — Even though they recently became teammates over the summer, Denmark High School junior quarterback Aaron McLaughlin and senior wide receiver Ze’Vian Capers will likely have even more time to get acquainted.

Both committed to Auburn this past July. Capers, currently the 15th overall prospect in the state of Georgia according to Rivals.com, announced his decision July 1 on Twitter that the Tigers were the team for him At the end of the month on July 30, McLaughlin did the same.

Capers committed to Auburn over offers from South Carolina, Tennessee, and Arkansas while McLaughlin also chose to turn down a bevy of offers including Alabama, Florida, and Michigan.

“Mainly for me,” Capers said, “it came down to playing time and the relationship I built with my position coach and head coach and having the chance to win a national championship.”

McLaughlin arrived at Denmark this summer after transferring from Buford where he put up 1,403 yards and 18 touchdowns as the Wolves’ sophomore starter.

McLaughlin, the current 14th ranked pro-style QB in the nation, joined Capers as the 6-foot-4 senior was preparing for his second season with the Danes after he was redistricted to the new Denmark High School last year.

Capers, who finished last season with 1,182 yards and 11 touchdowns, immediately developed a strong chemistry with McLaughlin. Now, the pair plan on using the season as a stepping stone to develop that rapport at the next level.

“It’s awesome just knowing that we’re going to play here and also play together at the next level,” McLaughlin said. “We have a great connection. I know if I throw the ball to Ze’Vian, he’s going to catch it.”

Denmark, led by its dynamic duo, opens the season this Friday, August 30 on the road against Cherokee Bluff.

9 athletes from Georgia competing in Parapan Games in Lima