Desmond Pulliam recovered a fumble and went the distance for Lockhart in its rivalry game against Bastrop Thursday night. 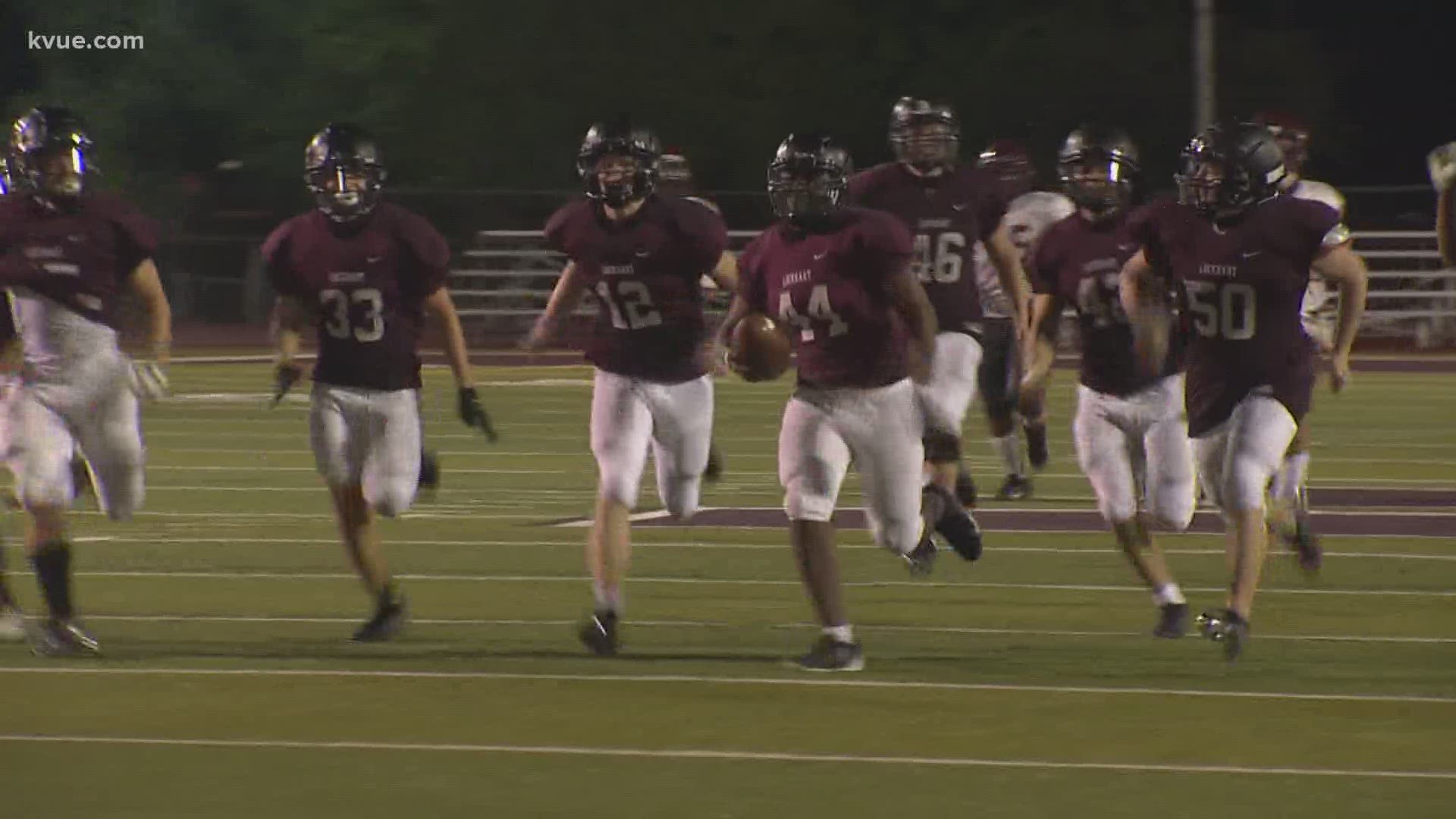 He's been playing football since he was 12, and is a member of the band and the junior ROTC.

He also has autism spectrum disorder.

On Thursday night, in Lockhart's scrimmage against Bastrop High School, he scored his first career touchdown.

"I was hearing the crowd cheering. Everyone was running behind me," he said in his postgame interview with a slew of reporters. "I was running so fast. I was hyped ... Everybody was hyped."

Pulliam's scoop-and-score proved to be the game-winner for Lockhart, and his teammates mobbed him in the end zone to celebrate his accomplishment.

"Can't say it enough: life is not all about football, but football is all about life," said Head Coach Todd Moebes. "Being able to create these opportunities through a game, through a platform, to be able to connect the dots with the media to the game to the heart and soul of people, it's what it's all about."

I know we're still in September, but I think this has locked-up the title of My Favorite Football Moment of 2020.

Congrats to Desmond, and @LocLions, yall might as well add me to the newsletter list-- I'm a full-on fan now! pic.twitter.com/TFA1G7QOCP

The moment will surely be one Pulliam and his family never forget.

"She was happy and crying," he said of his mom's reaction. "My uncle was so excited."

The head coach hopes it's a moment that touched everyone in attendance.

"It's been some trying times," he said. "But one thing is, when we get down in our soul it's all about doing the right things that's good for people and what makes people smile. ... Hopefully it was six seconds that everybody in attendance was able to take a little bit of a deep breath and say, 'You know what, everything is going to be alright.' Desmond is certainly to thank for that."