Jacquez Welch was a giving person, his mother said. His organs will be donated, possibly to as many as seven people. 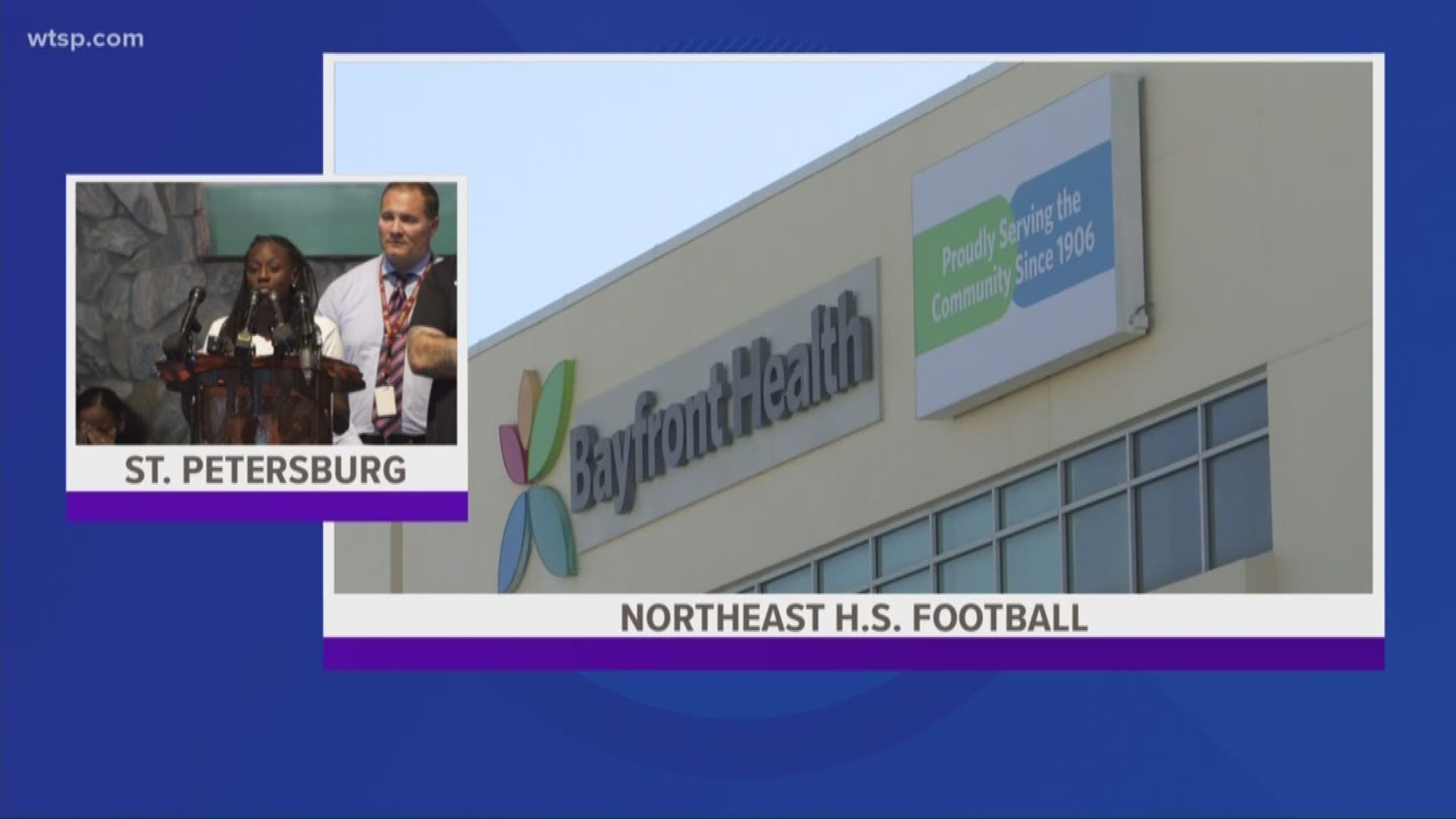 ST. PETERSBURG, Fla. — The organs of Jacquez Welch, the Northeast High School football captain who collapsed during a game Friday night, will be donated to people who need them.

His mother, Marcia Nelson, announced the development during a news conference Monday. He is completely brain dead, she said, with no oxygen or blood going to his brain.

Welch fell to the ground from a pre-existing condition, known as arteriovenous malformation, or AVM. It is a tangle of abnormal blood vessels that connect arteries and veins to the brain, according to the Mayo Clinic.

"He was an organ donor, so that's our role we're doing now," Nelson said. "He has found seven people to donate to."

Within the first three minutes of the game, Welch was said to be playing "like the champion he was" and ran for about 60 yards to score a touchdown. After a play ended, he did not get up.

Welch's condition was likely congenital, according to the doctors, and it was not due to a tackle or hit.

He wanted to have a 4.0 GPA before he left high school, and his mother said he did just that. Welch, too, had picked up his first college football offer recently from Concordia University.

Nelson thanked everyone for their support and visits to the hospital to see her son -- they keep her strong, she added.

"Keep going Vikings," Nelson said. "... I will be at every game 'till whenever because these boys out here have become my new sons. I'm there for the long run."

An honor walk was held at 10 p.m. at Bayfront Health St. Petersburg, located at 701 6th St. S. Welch's bed was said to be pushed from the OR, in which case afterward he was taken off life support.

People were asked not to use their phones and remain silent in Welch's honor.

A GoFundMe page was set up by the football team's coach, Jeremy Frioud, with proceeds already surpassed its initial $10,000 goal.