Since many senior athletes saw their seasons get cut short, 11Alive Sports is giving them their 'Senior Night' moment. 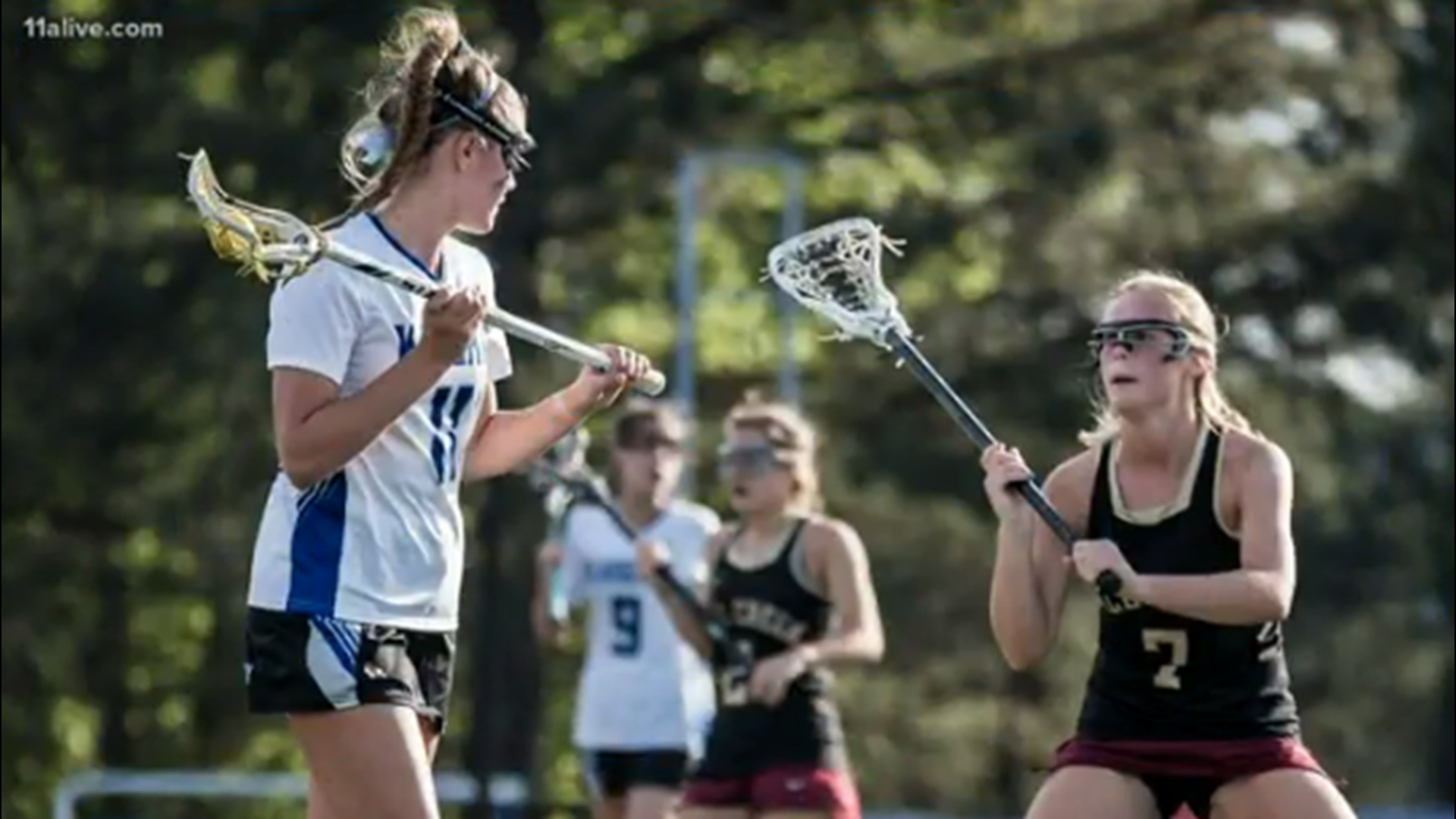 ATLANTA — High school sports are over for the school year.

Unfortunately, that means senior athletes from across the state saw their high school athletic careers suddenly come to an end without any pomp and circumstance.

We at 11Alive Sports are trying to fix that.

For the next several weeks, we're partnering with school districts to honor school's senior classes throughout the week. We will update this page each day with a new senior class and a quick word from that school's athletic director.

Congrats to all seniors who are part of the Class of 2020.

Many seniors at Langston Hughes had a great start to their seasons, according to athletic director Willie Cannon. It's not fair that the year was cut short, but there are lessons to be learned from it, and that's what Cannon hopes his seniors take away from this time.

The games may not be happening, but Roswell High School's seniors have learned it's good to stay ready and work out. Many spring seniors still have aspirations to play in college, so things like Zoom workout meetings and backyard log throwing have become the norm.

Banneker is doing everything it can to make sure its athletes get on to the next level. Coaches are still sending out workouts and getting their players in touch with college coaches. Athletic Director Wendy Golston is still planning to give her seniors a "Senior Night."

Athletic Director Scottie McDaniel is a military man and said even though his players didn't get to finish their senior seasons, they all went through their "basic training" to get to college.

McDaniel misses seeing his athletes in the hallways, and teamed up with the school's principal to do something special for his seniors on Monday night. 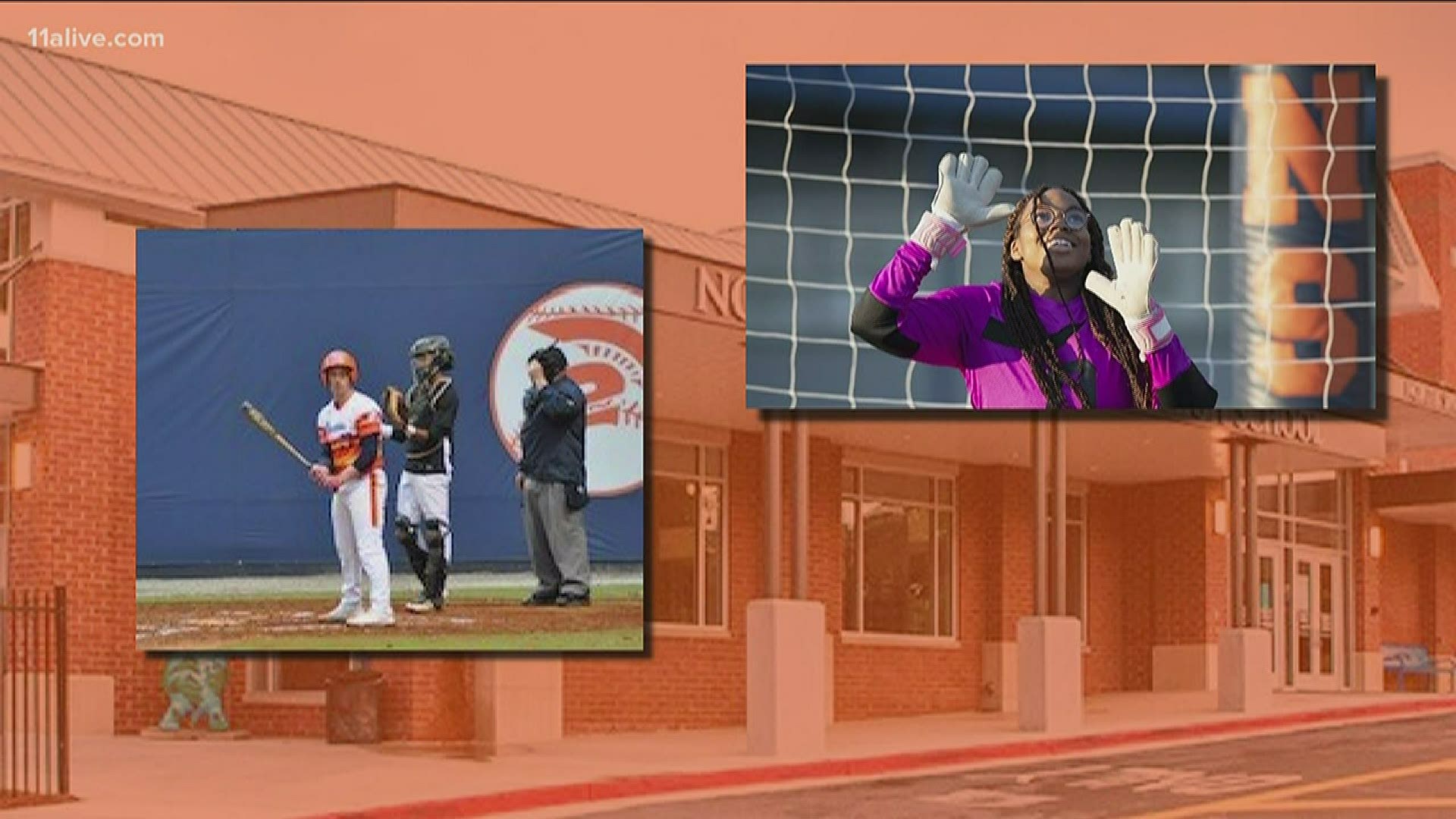 Coaches may not be seeing their athletes, but they're still coaching. That's what Athletic Director Vince Strine made clear as he discussed his seniors. Coaches are still prepping athletes for the next level, and even helping them find ways to work out even though they can't be together.

Johns Creek Athletic Director Jason Holcombe has a special place in his heart for his seniors who are a part of "Gladiator Nation."

A lot changed when the current class entered the athletics program as freshmen, and they've accomplished more than anyone imagined. They won multiple state titles and dozens are going on to play sports at the collegiate level. Holcombe honors his senior class and is moved to tears while doing it.

Westlake has a rich tradition in athletics, and athletic director Carl Green described the many accomplishments of the Class of 2020.

Westlake is going above and beyond to honor their seniors by putting all of their faces on billboards around South Fulton. Green is incredibly proud of all the seniors have been through.

Cambridge's senior class has accomplished a lot and had bright things on the horizon, according to athletic director Lesley Broadwell. Baseball, gymnastics and track all competed at a high level. Broadwell believed the girl's soccer team would have been the best in school history. Listen for Broadwell's hope for her athletes as they move on to bigger and better things.

Creekside Athletic Director Mekia Troy gave shout outs to all of her spring sport seniors, and is especially proud of the number of letter-winners that are athletes. She gave a special shout out to the school's Valedictorian who is on the tennis team.

Centennial High School Athletic Director Jeff Burch discusses the success his many seniors were having and could have had. Burch said every group of seniors is special but is proud of how this group hasn't complained.

Burch praised his seniors who were training for a restart to the season up until the GHSA announced the seasons were canceled. Hear what Burch said as we honor Centennial's spring sport seniors.

Sports may be shut down, but here comes draft season

NCAA to give spring sport athletes extra year of eligibility