High school football at its finest! 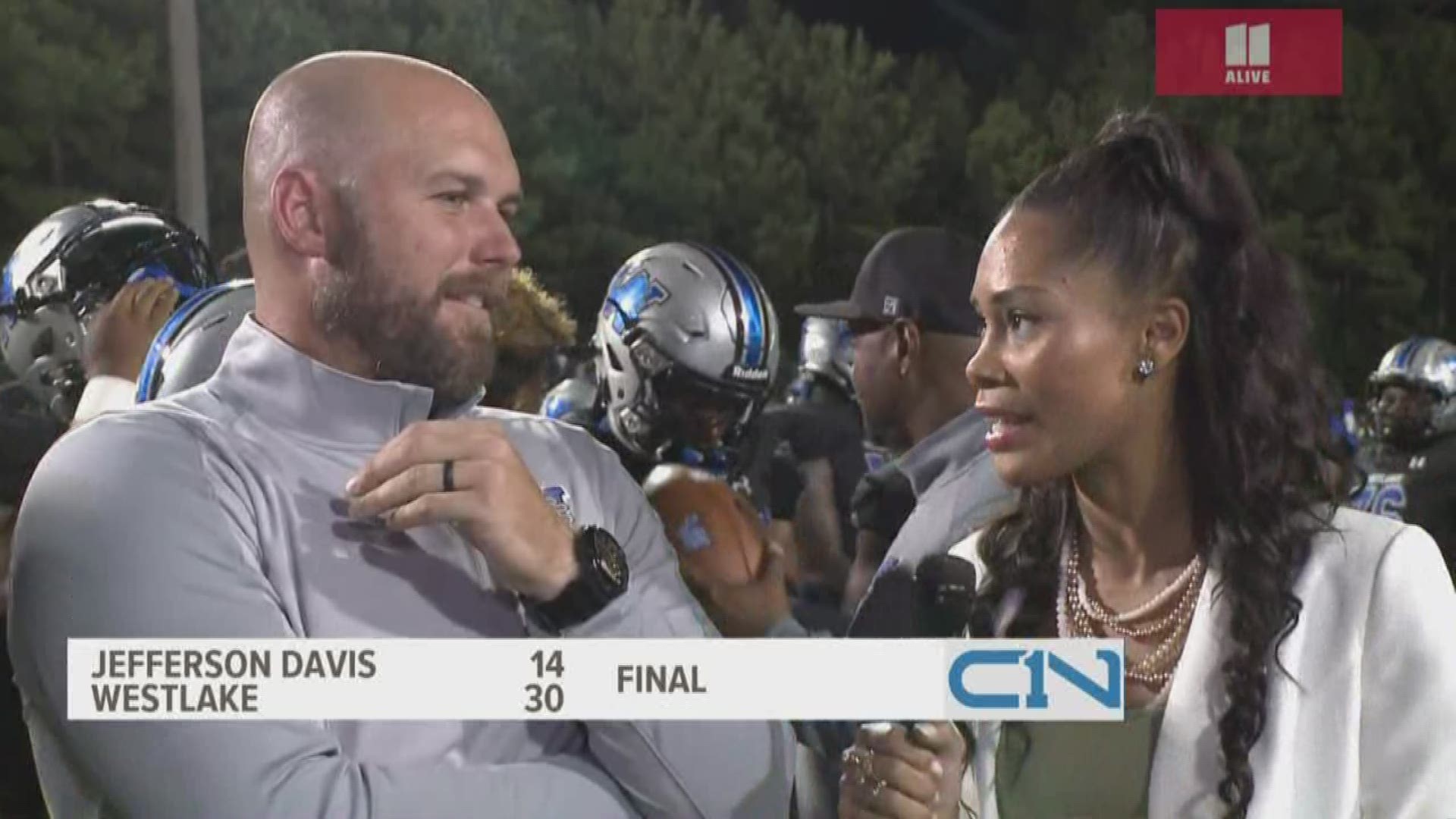 ATLANTA — Cam Newton is bringing some of the best high school football teams from around the region to face off in Atlanta this weekend, and there's only one place to watch it: 11Alive's digital platforms.

First up was Cam's alma mater, the Westlake Lions. Friday night, they took on Jefferson Davis High from Alabama.

The Lions captured the night and remained in the lead for the majority of the game. The clock stopped a few times as staff tended to Jefferson Davis players who went down on the field.

Their coach told us during halftime that their senior quarterback dislocated his patellar tendon, but he would be fine. They also had a few players catch cramps.

In the end, Westlake dominated the game, leading them to victory.

Cam spoke to 11Alive saying he hosts the showcase to put a spotlight on children who love the game.

"We want to open up their eyes so the can dream and see what the next level is," he said.

There are three games on Saturday at Lakewood Stadium:

It's going to be an exciting weekend of high school football action. Be sure to share it with your friends, family and others on your social media platforms!

11AliveSports is your source for all things high school football. Don't forget to vote in the #Team11 Game of the Week each week. If your game is selected, we'll bring our crew out there and you'll be the envy of all teams in the South! Watch our Team 11 high school football wrap-up each Friday night at 11:15! We bring you the best action from all across the region.