'I'm home.' Football player paralyzed during UGA game reacts to the house built for his family 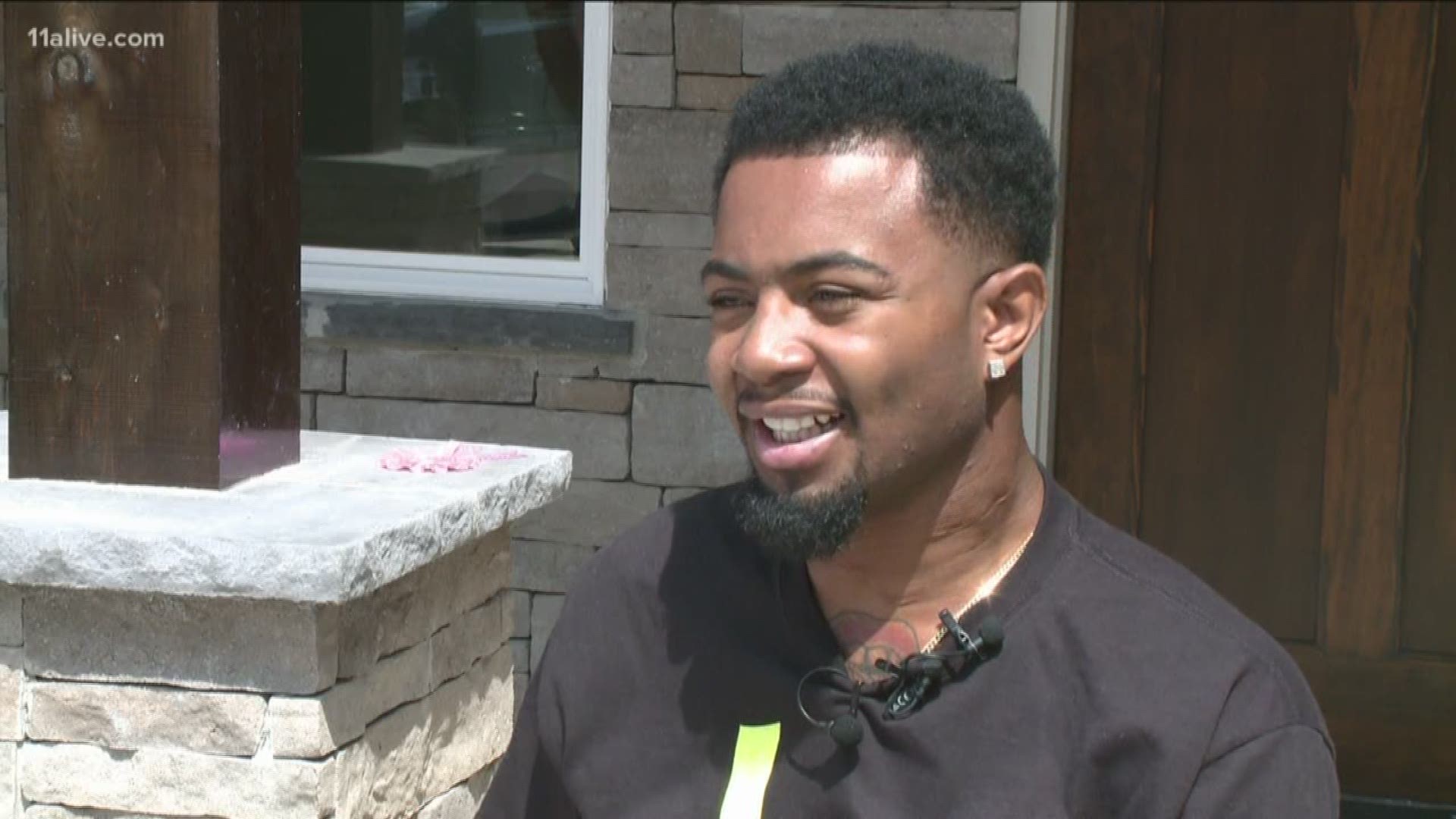 The journey to his family's new house in Jefferson, Ga., started in Louisiana. Gales was a football player at Southern University when a hit during a game at Georgia in 2015 paralyzed him.

The University of Georgia helped Gales and his family tremendously in the time since his injury. The Bulldogs made them one of their own.

Now, Gales is officially a resident in a new home in Jefferson.

The non-profit Sunshine on a Ranney Day helped Gales and his family complete a new home that will put them closer to the Shepherd Spinal center for Devon's rehabilitation.

"I'm home," Gales told 11Alive on Thursday. "I'm in a bigger house. I'm able to move around like I want. I have my own privacy so, I'm grateful."

Georgia's athletics personnel came to help the Gales family three years ago when flooding forced them out of their Baton Rouge home.

It had modifications to accommodate his mobility. Storms in the region forced his family to start over in Georgia.

“We’ve been through a lot through these past years, but we overcame a whole bunch of stuff,” Gales told 11Alive in May.

That resilience in the face of unbelievable adversity paid off nearly four years later.

“We’ve been working at this for about a year. The construction for about six months and we are close to finishing. So, it’s really exciting,” Mike Elrod with Currahee Home Builders told 11Alive in May.

Since moving to Georgia, Gales began an assistant football coaching career at Jefferson High School. Football shaped his journey in the state of Georgia. And it will remain a part of him as long as he can imagine.

"(This is) where I'm going to be living probably for the rest of my life."