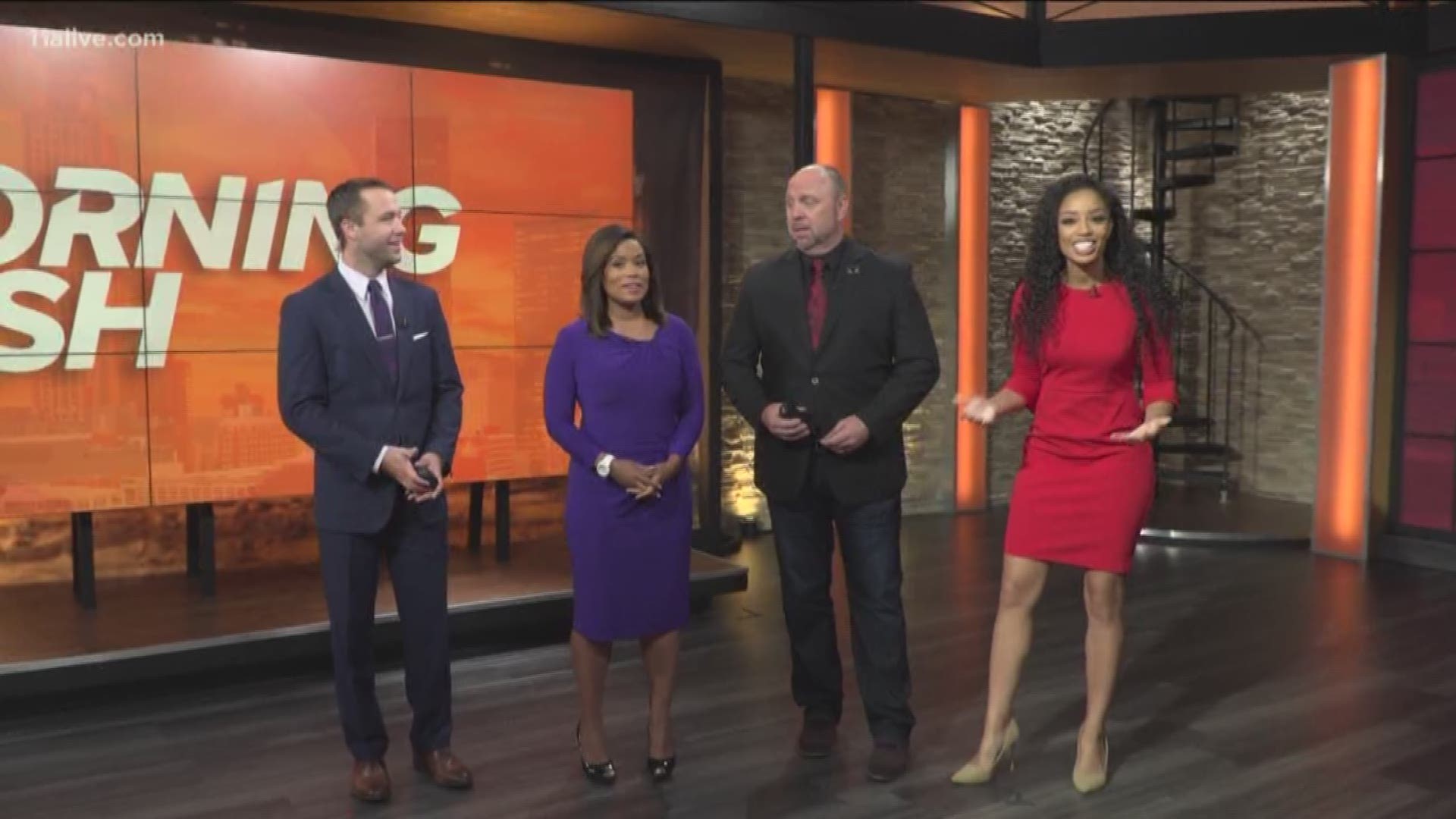 ATLANTA — In a flash Sunday night, the Falcons went from facing a pivotal fourth down late in the game to leading the Eagles thanks to an electric 54-yard touchdown catch-and-run by Julio Jones.

If it all seemed to happen in a blur, your eyes weren't deceiving you - it really was that fast.

The SNF on NBC account posted this jaw-dropping fact after the ultimately game-winning TD: Jones reached a peak speed of 20 mph as he raced down the field.

The wide receiver took a screen pass, curled around one defender, ran past another defender getting crushed by a Jake Matthews block, and outran two more defenders as he burst more than halfway down the field all in about seven seconds.

According to the NBC graphic, Jones reached his peak speed at about the 30-yard line, and kept it up for about 15 yards.

The Falcons held off the Eagles over the last two minutes of the game to secure a 24-20 victory.

"OK, it's a footrace now," Jones said of his mindset after catching the pass. "That was it. It really wasn't like I had to try hard or anything like that. I just had to stay on course."

"He's had a lot of great ones, that's for sure," quarterback Matt Ryan said. "It's special for him to break a record that way, in such a critical situation, in such a clutch moment. That's pretty cool."

The unofficial human footspeed record belongs to Usain Bolt, who was clocked at 27.8 mph at the 2009 track world championships.