Tate Martell left Ohio State for Miami after Justin Fields left Georgia for Ohio State. Only Jake Fromm can officially claim the title of QB1 as of today. 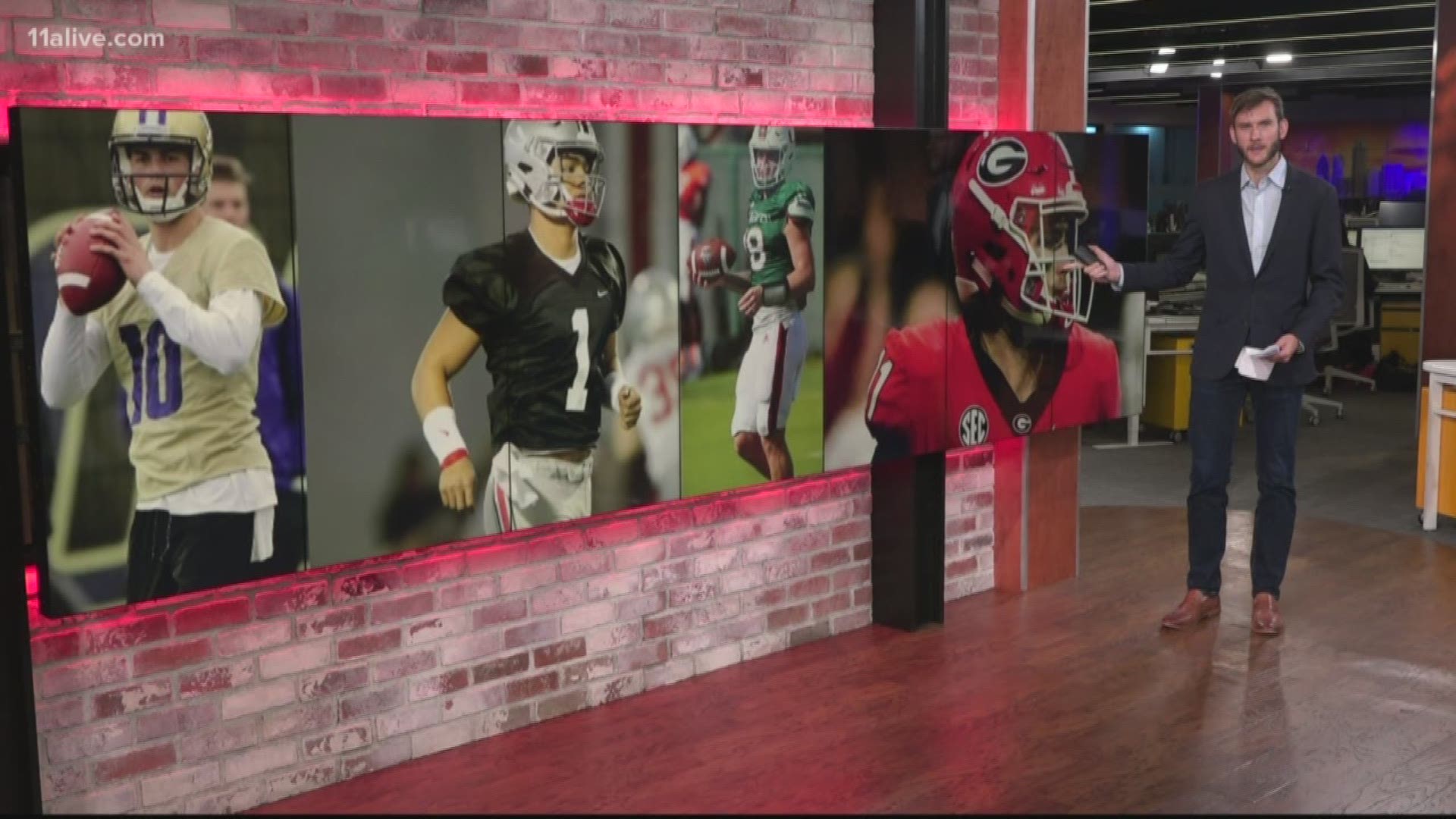 ATLANTA — Tate Martell could not be rattled in December of 2018.

There was no doubt who would claim the reigns to Ohio State's open quarterback battle, with Dwayne Haskins inevitably heading to the NFL.

"I will," Martell told reporters.

"word of advice," he warned in a now-deleted, but screenshotted, tweet. "don’t swing and miss … especially not your second time."

Less than a month later, Tathan transferred to Miami.

Today, the Canes announced that Jarren Williams, not Martell, is their starting quarterback.

Quarterback drama and uneasiness like this should make Georgia fans grateful for the stability Jake Fromm provides.

He is the constant amid a pile of dominoes (that he gently nudged) in power-five college football.

Not only did Fromm outlast former five-star Jacob Eason - before Eason ultimately transferred back home to Washington - Fromm also sparked a ripple that Martell himself is a part of:

Ohio State also lost quarterback Matthew Baldwin to TCU as a result of his competition with Fields.

Washington lost quarterback Colson Yankoff to UCLA as a result of his competition with Eason.

Fromm, Martell, and Fields were each featured on the Netflix documentary series "QB1: Beyond the Lights."

In an ironic twist, only Fromm can claim that title, QB1, as of today.

Georgia Bulldogs home game vs. Notre Dame is the most in demand in the NCAA