Julio Jones deal appears imminent, but Falcons not celebrating yet

The team has reportedly taken big steps to try and sign Julio Jones to his new contract. 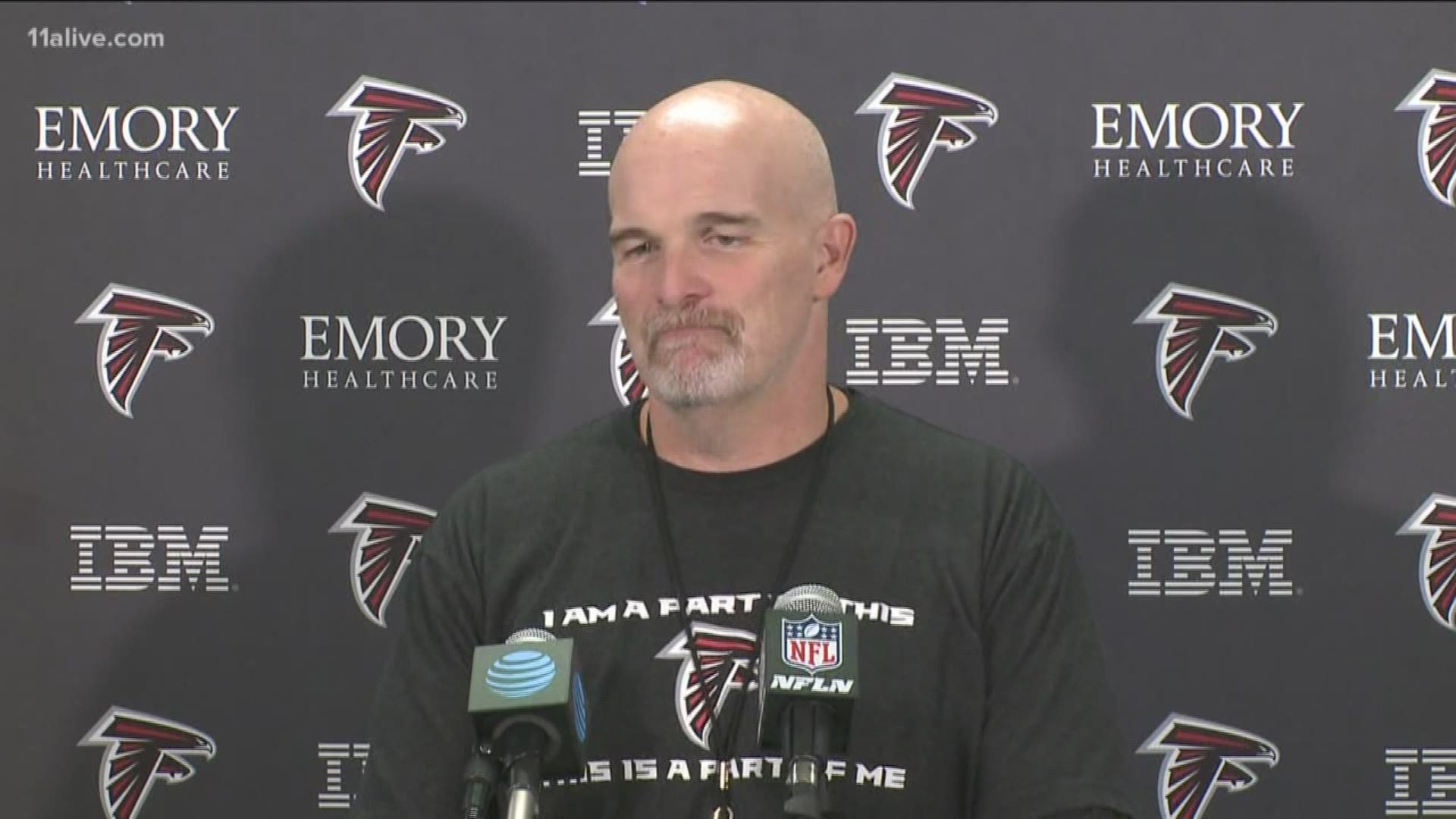 As the Falcons prepare to open the season on the road against the Minnesota Vikings on Sunday, the team is scrambling to secure Jones to a contract extension that will likely make him the highest-paid wide receiver in NFL history.

Head coach Dan Quinn said earlier in the week he didn't want to comment on the negotiations and is ready for celebrations over negotiations.

While there wasn't any pen to paper yet on Wednesday, there were multiple reports that the Falcons were restructuring the contracts of left tackle Jake Matthews and defensive back Ricardo Allen, likely to create more cap space to finish a new deal.

During his press conference Wednesday, Quinn wasn't ready to celebrate: "There's no popping yet, no."

Between the reports of restructured contracts and owner's Arthur Blank's comments to 'The Athletic' stating he would be disappointed if a deal wasn't reached this week, it appears negotiations are in the 11th hour.

But the drama has been tame compared to other contract issues around the league and Jones' camp holdout last off season before getting his previous contract restructured.

Quinn praised Jones for limiting the distractions around the negotiations this time around.

"I think it's because of the player. I think his relationship with his teammates and his humility with the guys, he's not let it become a distraction for anybody else," Quinn said. "Outside the walls, I realize big topic, there's fantasy points out there.

"Inside the walls, it's not anything we discuss."

Jones finished first in the league last season in receiving yards with 1,677 yards. He had eight touchdown receptions.

Jones did not participate in the preseason, but began practicing this week as the Falcons prepare for the Vikings.