Bryant died in a helicopter crash alongside his 13-year-old daughter Gianna and seven other passengers. 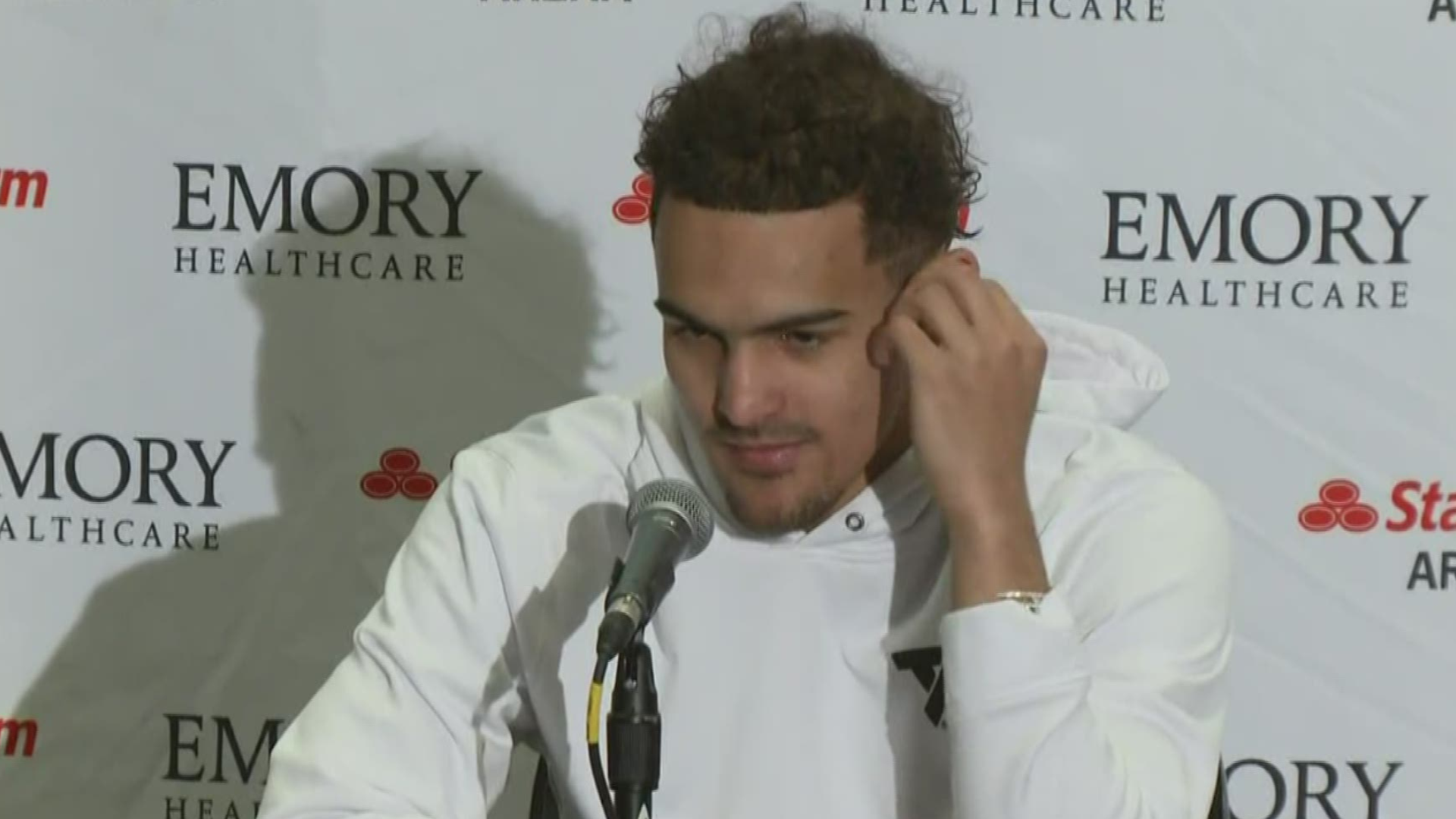 The world learned of Bryant's shocking death that afternoon. Bryant, also known as the Black Mamba, died in a helicopter crash alongside his 13-year-old daughter Gianna and seven other passengers.

During the presser, a visibly shaken Young reflected on a recent conversation he had with Bryant.

"Man just being happy for me...man just saying how proud he was of me and how he wants me to continue being a role model for kids growing up...and...just for Gigi...and all the kids looking up to me just continue to inspire these kids and continue to play my heart out. That's one of the last things he said to me," Young said.

After the game, Young also said he hopes the number 8 and number 24 is retired across the league. The Dallas Mavericks owner announced that he will be retiring those numbers.

Details around what caused the helicopter to crash are still coming in. However, the Associated Press reported that the helicopter was flying in dangerous and foggy conditions with low visibility.

"We do know there was an issue of visibility and a low ceiling. The actual conditions at the time of impact, that is still yet to be determined, and we will have that with the NTSB shortly," said Los Angeles County Sheriff Alex Villanueva.

Bryant was a five-time NBA champion with the Los Angeles Lakers. He won two scoring titles and was the 2008 league Most Valuable Player. It's expected he will be announced as a member of the 2020 class for the Naismith Memorial Basketball Hall of Fame during the Final Four.

Condolences poured in from around the world, from everyday people to NBA stars, to tributes at Sunday's Grammy Awards which were held at the Staples Center in Los Angeles -- the place Bryant's Lakers call home.