They were kept off the field during the anthem for the next game. 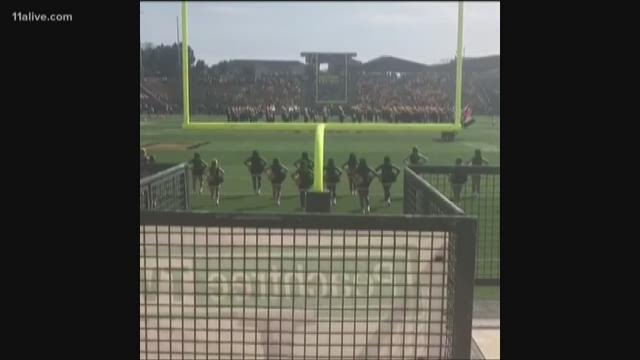 KENNESAW, Ga. -- A metro Atlanta university is responding after a nationwide protest spread to their home field during a recent football game - and explaining the absence of the same students at the following game.

Across the country, players and others have been kneeling during the national anthem in solidarity with former San Francisco 49ers quarterback Colin Kaepernick who first began the practice to protest the killing of African Americans by police.

One of the latest displays of defiance was at a Kennesaw State University football game where five of the cheerleaders took a knee during the national anthem at their game against North Greenville University on Sept. 30.

This video shows the cheerleaders kneel at the same moment their teammates take their posture for the playing of the anthem. 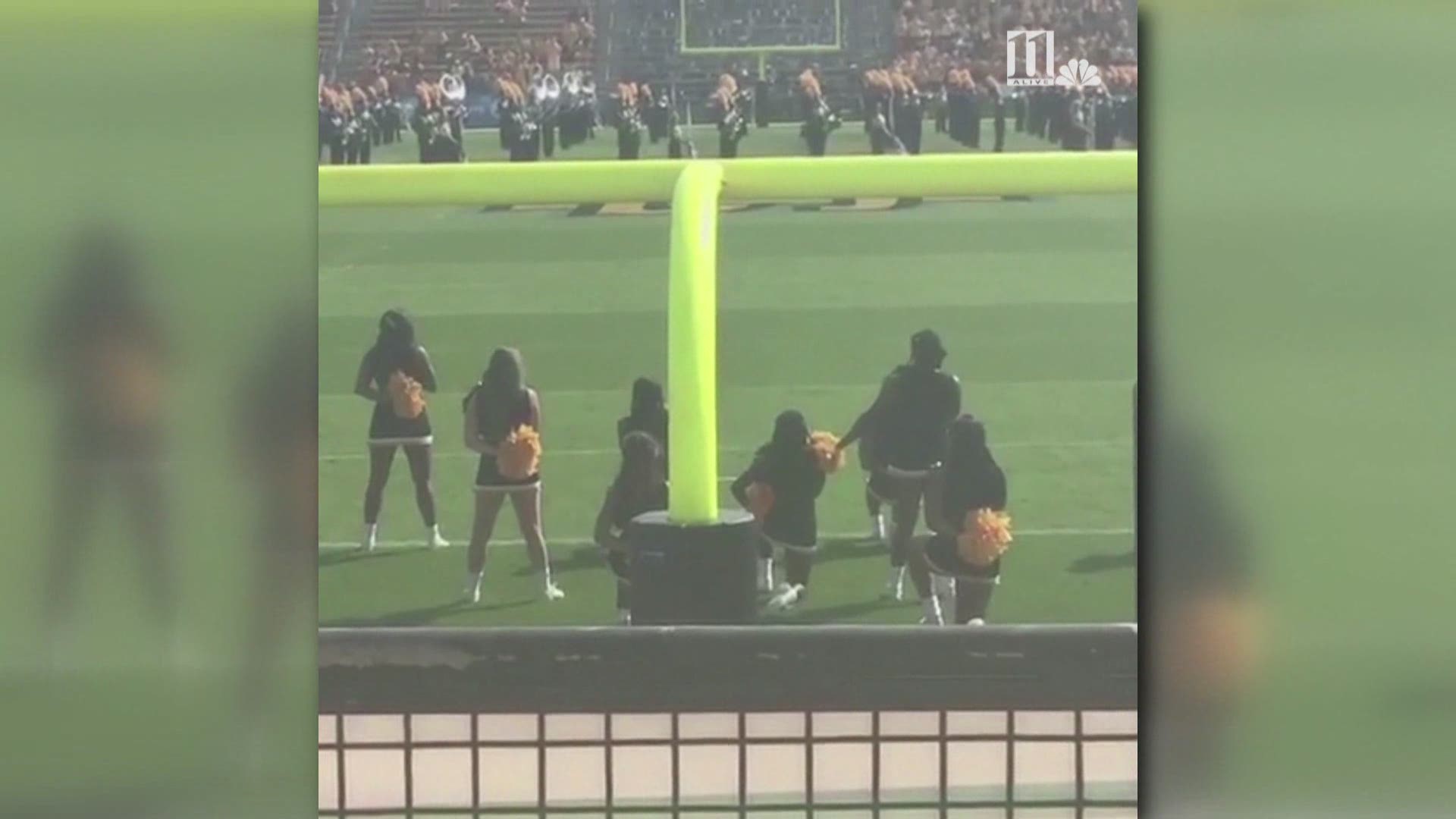 At their next game on Oct. 7, against Texas Southern, the cheerleaders were not on the field until after the national anthem.

The school's department of athletics said the cheerleaders will not take the field until after the national anthem from now on. In an email to 11Alive News, a spokesperson explained the reason for the change, never mentioning the cheerleaders' protest the week before:

"The decision.... is part of a number of changes that have been made by a new Athletics administration each game as we continue to refine and enhance the gameday atmosphere for our fans. Some of those other changes have included painting the KS logo at midfield for the first time, the addition of metal detectors at gates to expedite fan entry, and music/PA system changes to have more loud speakers by the student section."

HEAR FROM THE CHEERLEADERS | KSU cheerleaders who took a knee: 'Before we went out on the field, we all prayed'

The spokesperson also said the KSU football team--a new team now in its third season--has always stayed in the locker room until after the national anthem.

An older brother of one of the cheerleaders calls what they did a courageous act of protest out of love for their country.

"“Her and another group of the girls really felt moved to join the movement of talking about racial inequality and criminal justice reform," Davante Lewis said, "and decided that they wanted to take a knee.”

Lewis said the protest has evoked the usual passionate debate on social media, but he said this past Friday powerful local and state politicians complained to KSU administrators, denouncing the cheerleaders.

And it was after that, at the next game this past Saturday, when KSU kept the cheerleaders off of the field until after the National Anthem.

“That, to me, represents a type of government coercion and a violation, I think, of government interacting against people’s free speech," Lewis said. "We really want Kennesaw to reaffirm its higher education institution as a place of free expression and free beliefs.”

Part of America's history and DNA, he said--college students protesting on campus.

KSU said repeatedly to 11Alive News that the decision to keep the cheerleaders off of the field until after the national anthem, beginning at the October 7th game, was merely one of many changes that had nothing to do with the protest or any complaints about it.

A representative from the school wouldn't address the university's stance on the kneeling directly but did say, "Kennesaw State University believes that it is important to honor the national anthem. It is equally as important to respect the rights of individuals as protected under the first amendment." 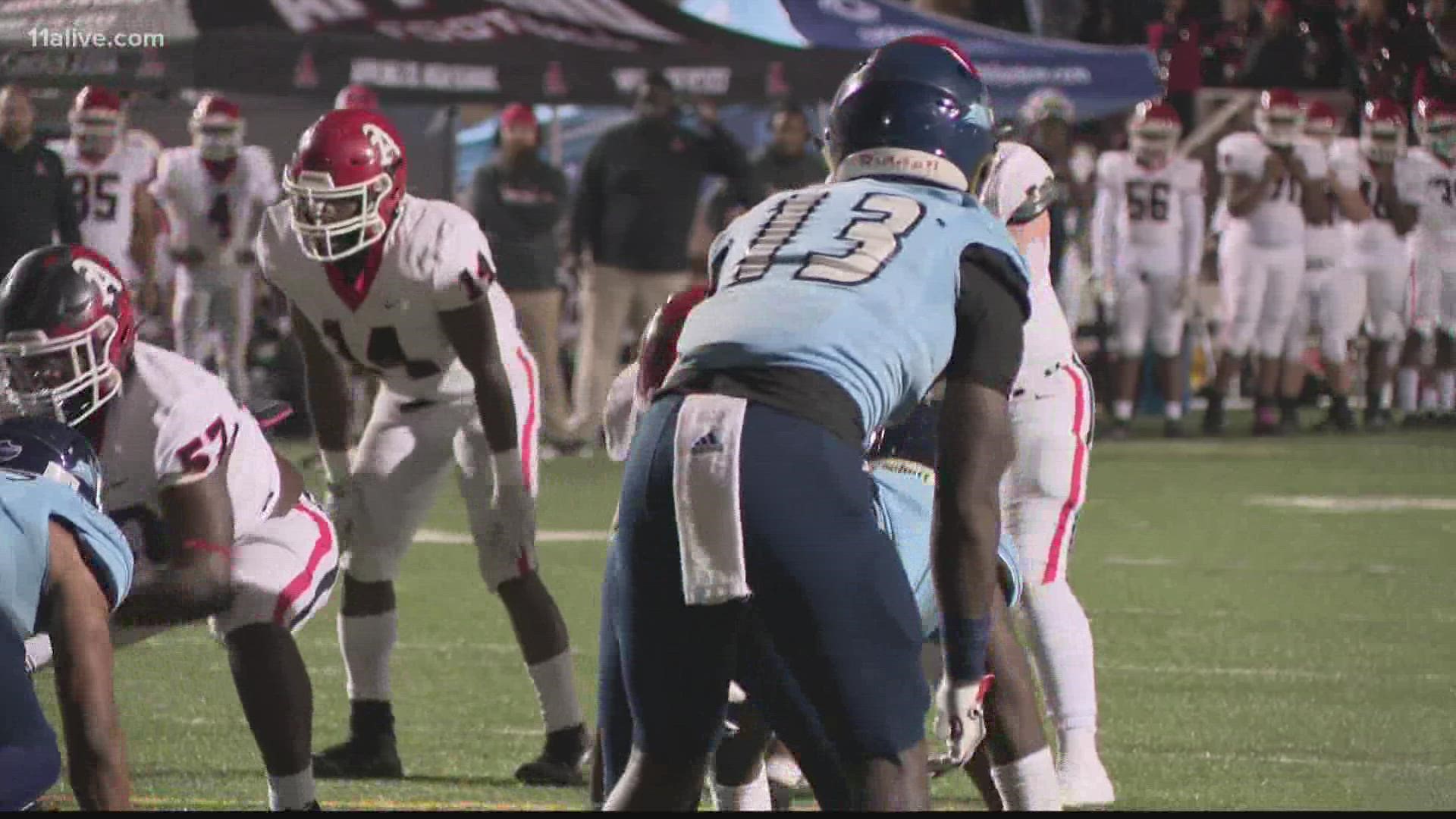