Baltimore turned the ball over three times to Tennessee in its loss. 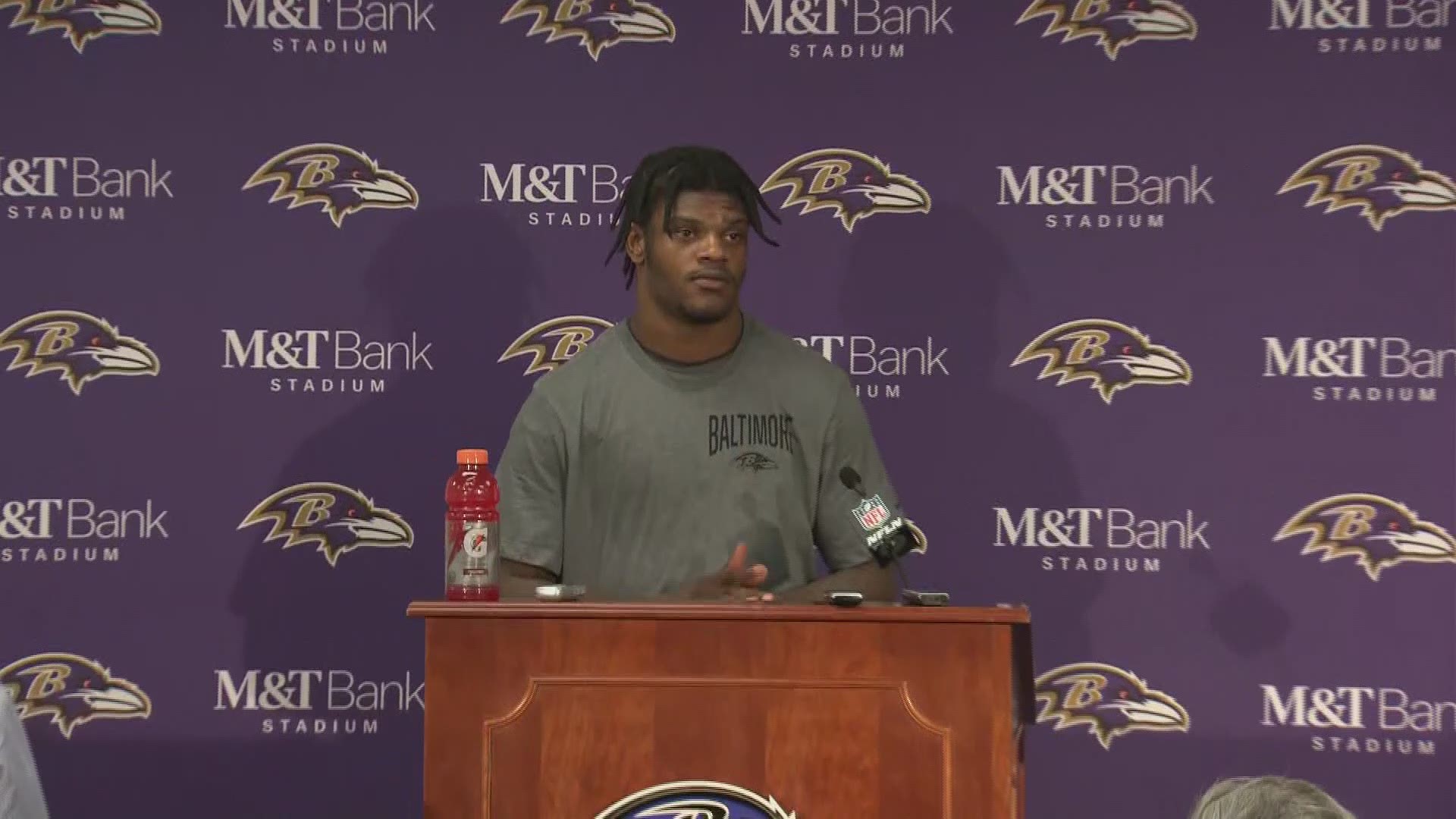 BALTIMORE — So much for earning home-field advantage throughout the AFC playoffs.

The Baltimore Ravens posted the NFL’s best regular-season record at 14-2, but they are done until next September following a 28-12 loss to the Tennessee Titans in the AFC divisional round. Derrick Henry ran for 195 yards on 30 carries and threw a three-yard touchdown pass to Corey Davis that put the Titans ahead, 21-6.

Ryan Tannehill threw for just 88 yards but had two scoring passes, including a 45-yard TD to Kalif Raymond.

Ravens quarterback Lamar Jackson accounted for 508 of the Ravens’ 550 total yards, but he also committed three turnovers. Jackson threw for 365 yards and a touchdown and ran for another 143 yards on 20 carries. But he also had two costly interceptions and lost a fumble after entering the game as a favorite to win the NFL MVP award. Jackson also was stuffed for no gain on a pair of fourth-down plays.

Tennessee scored all of its points off takeaways or fourth-down stops.

The Titans will be on the road for the AFC Championship game to face the winner of Sunday’s game between the Kansas City Chiefs and visiting Houston Texans.

The Baltimore Ravens and Tennessee Titans have played now nine times since 2005, with both teams trading a win and a loss each time.

The Ravens finish the 2019 season at 14-3 overall. This is the second straight playoff loss for Baltimore and its young quarterback Lamar Jackson.

Jackson and his teammates turned the ball over three times against the Titans.

Below is our Live Blog from the game. Take a look at the action!

A Lamar Jackso fumble leads to another score for the Titans.

Should we send Lamar to the Olympics this summer?

The second half has started!

Derrick Henry is on fire tonight. Picking up from where he left off against the New England Patriots last week.

Ravens get on the board with a Justin Tucker field goal.

Titans take the lead after an interception by Lamar Jackson. Tannehill connects with his receiver for a 12-yard pass.

WUSA9's Darren Haynes is ready to cover the Baltimore Ravens playoff game against the Tennessee Titans. Lamar Jackson is also getting ready with a few pregame snaps and throws.

Ravens running back Mark Ingram will play in tonight's game against the Tennesse Titans after being labeled as questionable all week.

Darren Haynes live from outside M&T bank Stadium with Ravens fans before kickoff against the Tennessee Titans.

Steve Smith Sr. sits down with Lamar Jackson ahead of his AFC Divisional Playoff game against the Tennessee Titans. It's only the second time the 23-year-old quarterback has played in the playoffs.

RELATED: 'Big Truss' in Baltimore: How the catchphrase for Ravens players has taken on a life of its own

RELATED: What time is kickoff of the NFL Divisional playoff games?

RELATED: 'I'm grateful for it': Lamar Jackson celebrates birthday with snow practice and celeb shoutouts ahead of Ravens playoff game