Montgomery has won a college and two pro championships, but this moment for her is the biggest of all. 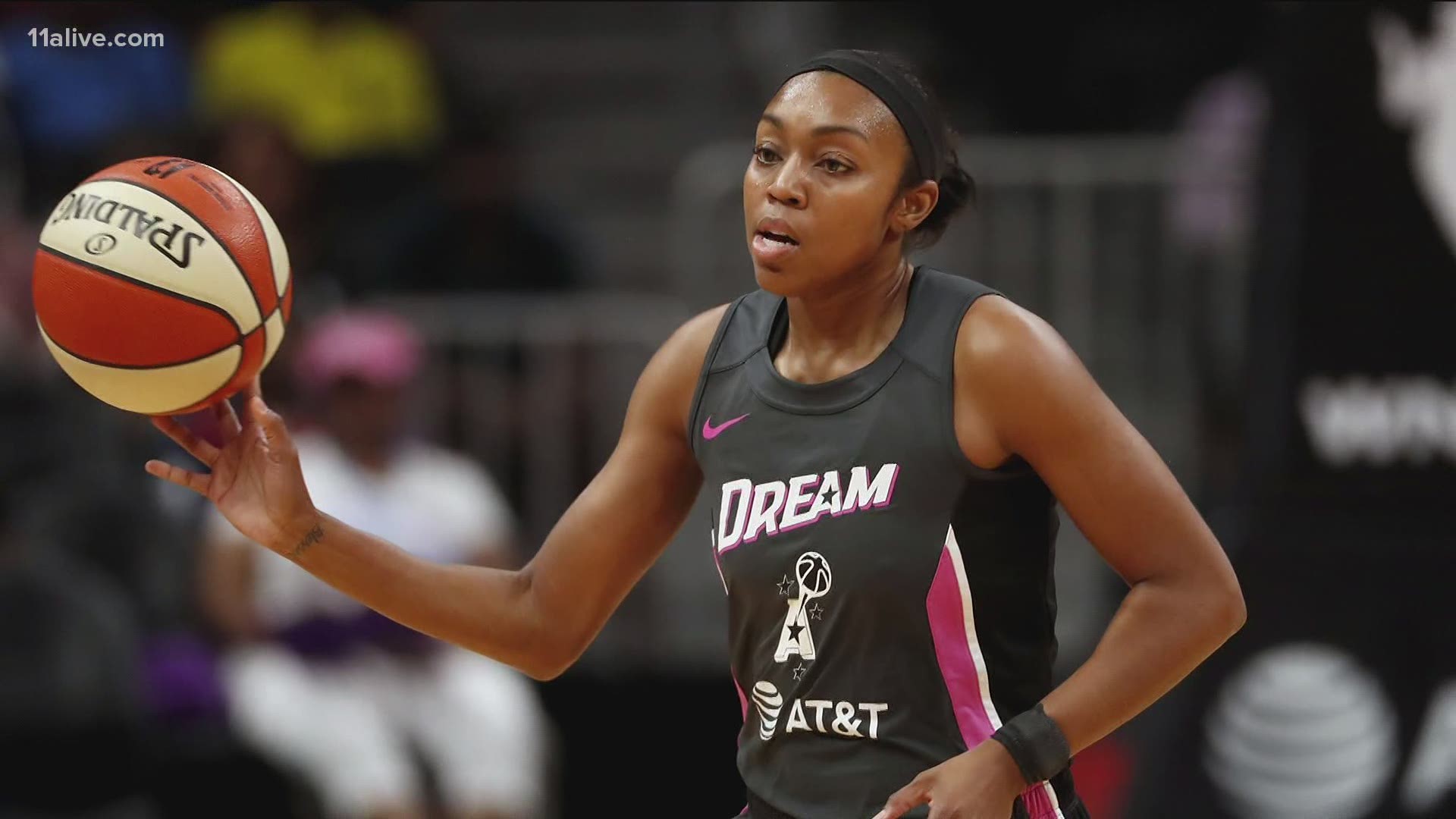 ATLANTA — Earlier this basketball season, Atlanta Dream player Renee Montgomery walked away from her dream job and her paycheck as a pro-basketball player three months ago.

"You know I've been playing [basketball] since 10," she told 11Alive. "Every year it was the same goal - a championship."

Montgomery has won a college and two pro championships, "but for you this moment is the biggest of all," asked 11Alive.

This week she watched pro athletes from many leagues join her in taking a stand.

"People don't understand that, in the Black community, it's terrifying," she explained. "That you could do everything right, and still a tragedy happen. So,
I think people are starting to realize that athletes just aren't these - these
robots that run up and down the court. And that was their way of showing,
like, we feel this pain, too."

"What do you feel about the conversations that have taken place
since that decision inside the bubble was made this week," 11Alive asked.

"Yeah, it is divided and as the world seems to go in the opposite direction,
and the divide, it seems like athletes are bringing everyone together," Montgomery said. "There's never been so much continuity amongst the leagues, but educate them along the way."

For months, she's been working on different voter registration and voting
rights projects.

"Yeah, Atlanta is a repeat offender when it comes to voter suppression," she said.

"There's so many different initiatives going on," she added. "The one I'm a part of is More Than a Vote with LeBron James, and we open State Farm Arena here."

"What would you like to see happen next," 11Alive asked.

"All this passion we have right now - take it to the polls. Just take that passion,
and don't forget to vote."

Montgomery is also working to raise $3 million to support Morris Brown College and HBCUs in Atlanta.