Obama wrote that Gauff's achievements - and those of young people now - are proof of what the next generation is doing today. 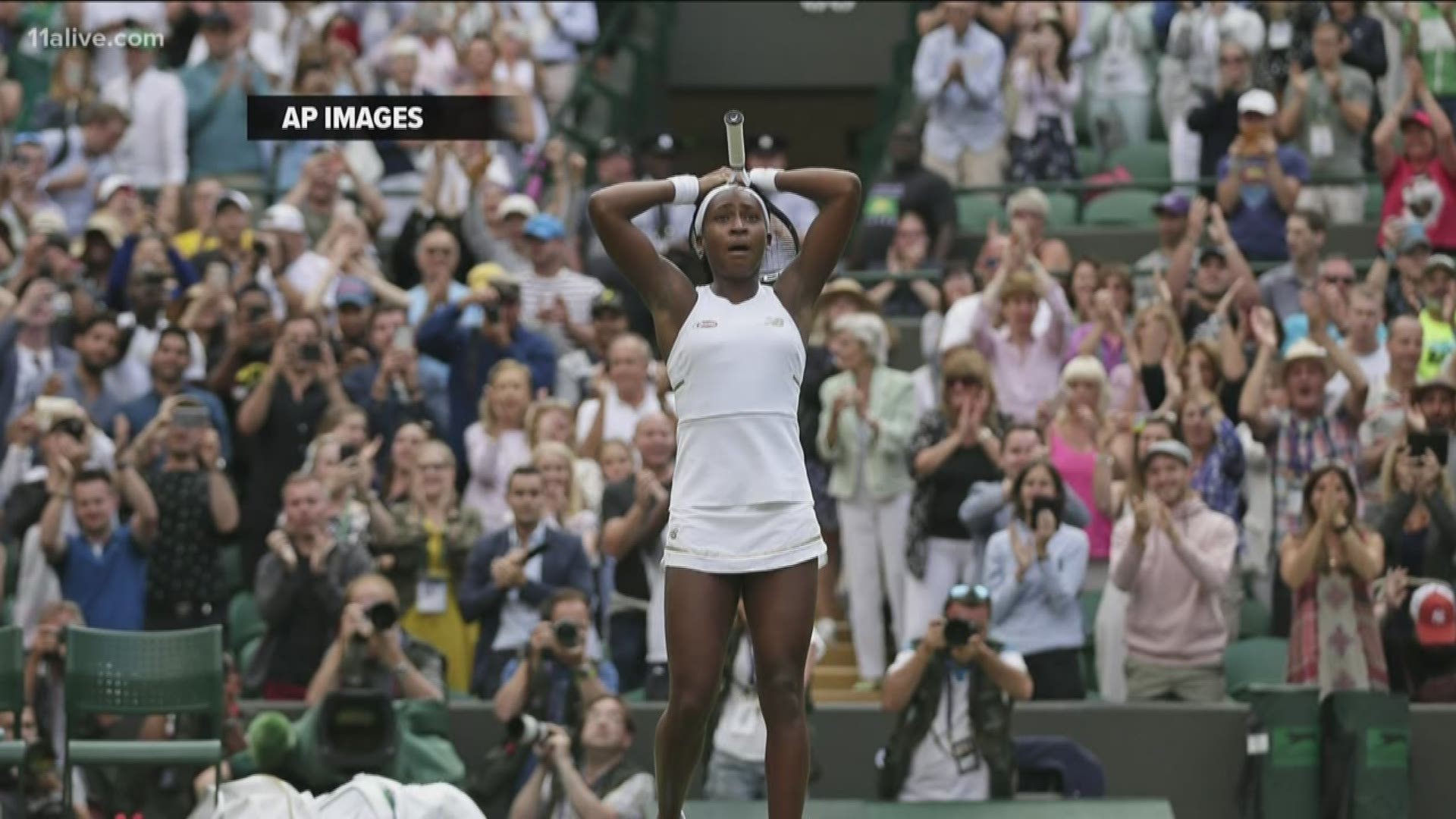 Atlanta native Coco Gauff won over many new fans after her stellar performance in last month's Wimbledon - including the former first lady.

Michelle Obama posted a photo to Instagram of her meeting the rising tennis star, who topped veteran tennis champion Venus Williams during the first round of the tournament. The two exchanged signed items - with Coco presenting Obama a signed racket, and Obama presenting the tennis star with a signed copy of her best-selling book, "Becoming."

Obama wrote that Gauff's achievements - and those of young people now - are proof of what the next generation is doing today.

"This afternoon, I was thrilled to visit with @CocoGauff," the former first lady wrote on Instagram. "When we talk about the potential of our young people, we often think about it as some far-off promise, years or decades away. But the truth is they have so much to offer us right now—something we all saw a few weeks ago at Wimbledon. Coco is a wonderful young woman who’s showing us that we don’t have to wait to see what the next generation can do."

Gauff excitedly shared the news of her meeting the former first lady, tweeting, "Today, I got to meet my idol!"

The 15-year-old tennis is continuing her stellar summer with yet another win at the Women's Tennis Association's Citi Open - her first title for the event. The New York Times reports Gauff will have three weeks until her next competitive match, which will come at the U.S. Open.