Football is Kennesaw State running back's life, but wrestling is his love

Wrestling is in his blood, but football has Bronson Rechsteiner's heart - for now. 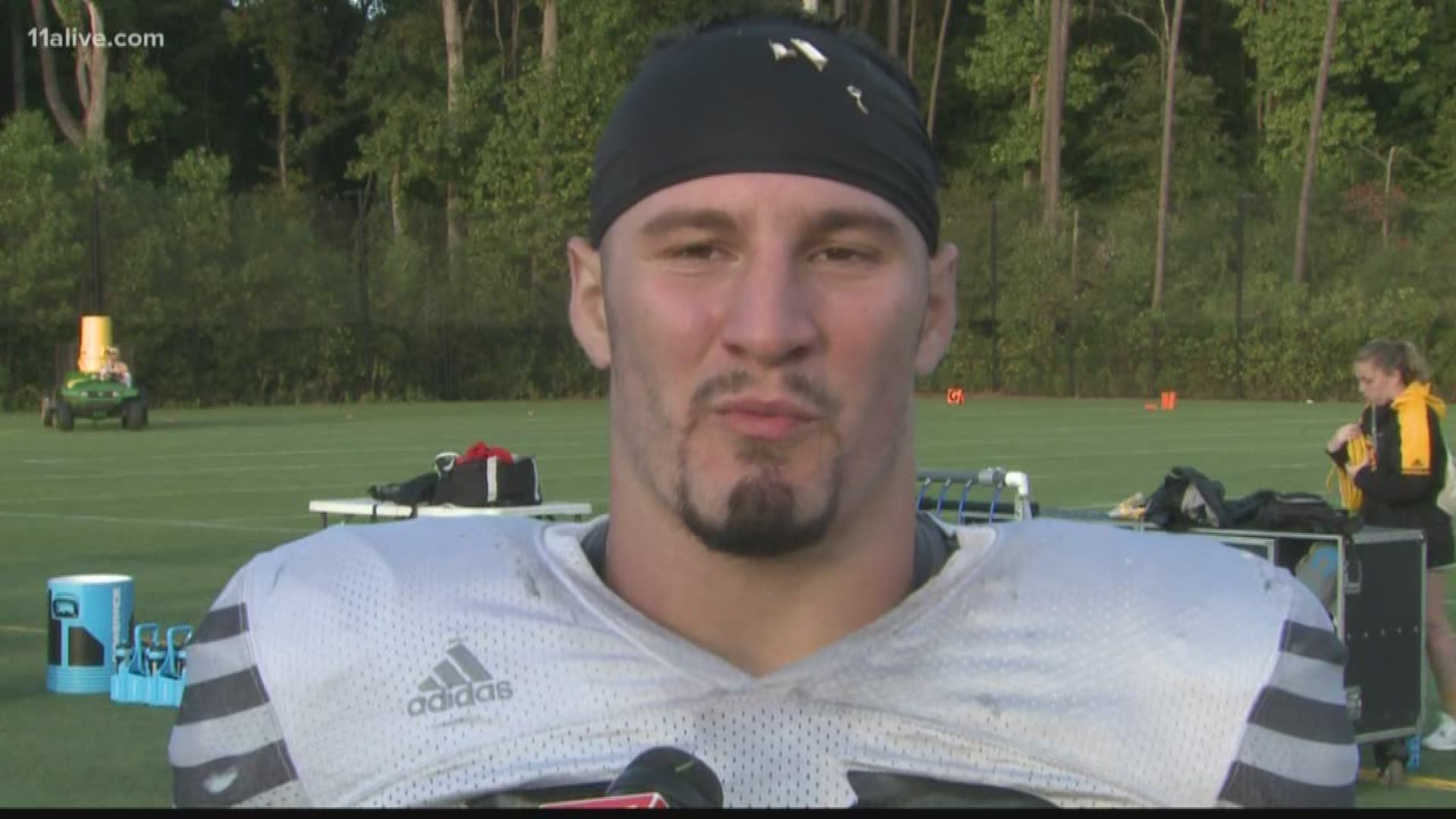 KENNESAW, Ga. — During the season, you would think football is the only sport a football player has time to focus on.

“I’m locked into football always,” Bronson Rechsteiner said. “Football is my life, and I take that very serious."

But he's got another love: wrestling.

Rechsteiner is a running back at Kennesaw State University, but wrestling is in his blood. His father, Rick and his uncle Scott were both professional wrestlers in the WCW and WWEW.

Bronson has dreams of getting in the family business, but he’s not in a rush to jump into the ring.

“I’m going to take football as far as I can,” Rechsteiner told 11Alive Sports. “Once it’s time for me to close the doors on football, I’ll probably get into wrestling then.”

The Owls senior running back is putting together the best season of his career. Earlier this season, he set a school record with 221 rushing yards against Missouri State.

But even on the football field, Rechsteiner channels his favorite wrestler to get him hype.

“Goldberg was super intense," he said. "He was a football player, he was mean and tough. I can’t match his intensity, but I try to.”

Wrestling is in his blood, but football has his heart for now. And Rechsteiner is giving Kennesaw State everything he has in his final season.

Study: Georgia State University among 100 most secure college campuses in the U.S.