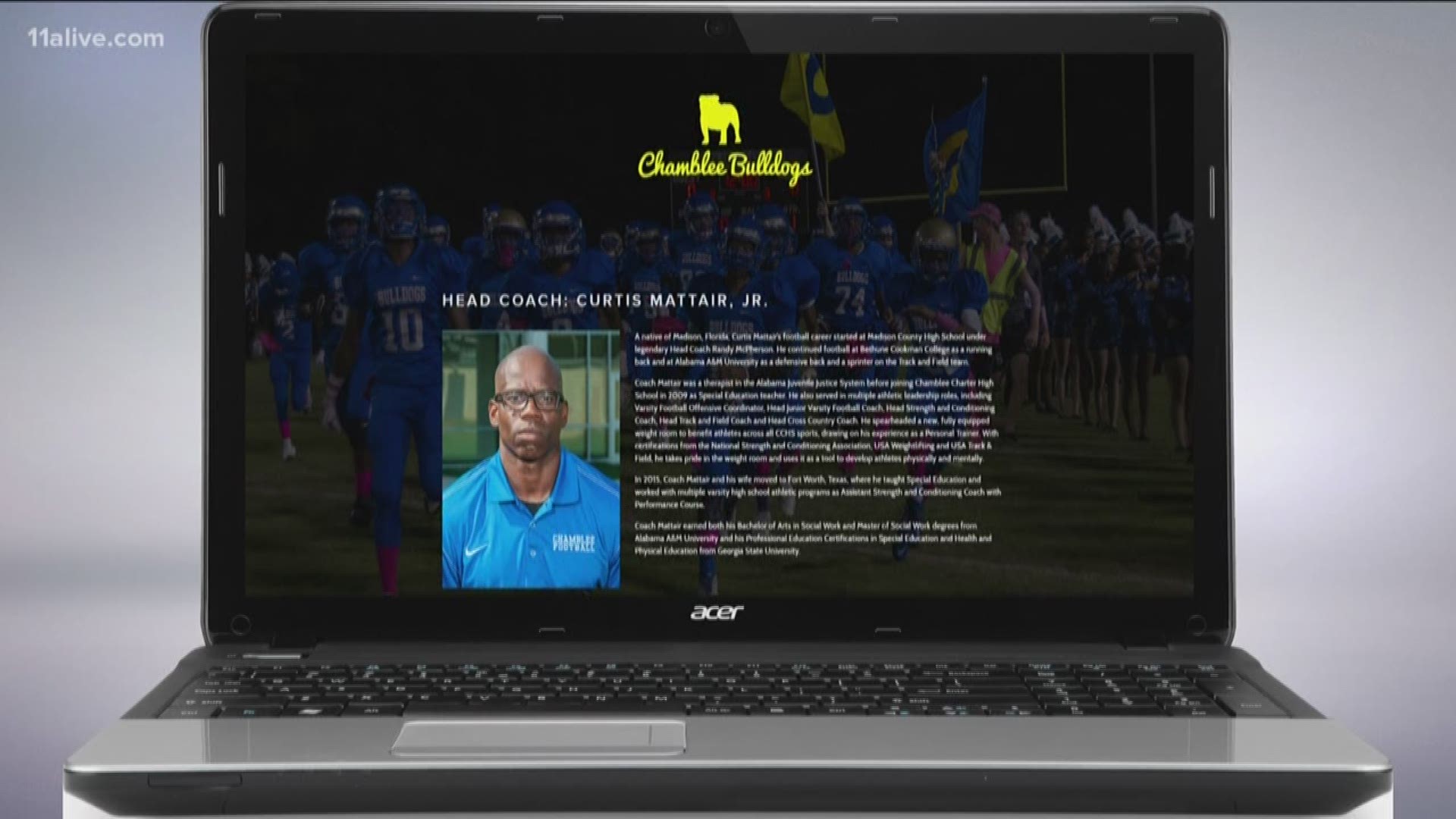 Wednesday afternoon, 11Alive received a tip from a viewer informing us that Chamblee High School football coach Curtis Mattair had been suspended, but when we tried to confirm it with the DeKalb County School District, they would not tell us why.

A district spokesperson called 11Alive on Thursday to provide clarity about Mattair's discipline, saying he was on leave and not suspended. When 11Alive contacted the district Wednesday, they said "the district does not comment on personnel matters."

11Alive Sports was able to get in touch with Mattair by phone earlier Wednesday afternoon, but when they started asking questions, he hung up. 11Alive Sports' Alex Glaze went to the school to get answers but was kicked off the campus.

Last week, 11Alive reported about a controversy surrounding t-shirts the football team received from the coach after a parent raised concerns with the shirts' alleged meaning. The t-shirts read "DBNP," an acronym that typically stands for "Don't Be No P****."

11Alive asked the DeKalb County School System about the shirts previously. They said an investigation into the letters concluded that it meant "Don't Be No Procrastinators." The superintendent's office said the shirts are worn as part of a "character-building" exercise, and the phrase was not an explicit message. But when 11Alive asked Mattair and the athletic director, then, what it meant, neither offered comment.

The District did not comment on if Mattair's leave has anything to do with the shirts. The coach is in his third season with the Chamblee High School Bulldogs. They are 3-19 under his leadership, 0-2 this season. The team reportedly played last week's game without their head coach.