This season will be unlike any other due to COVID-19. The organizers behind the Classic said their goal is to set the bar for high school football games in Georgia. 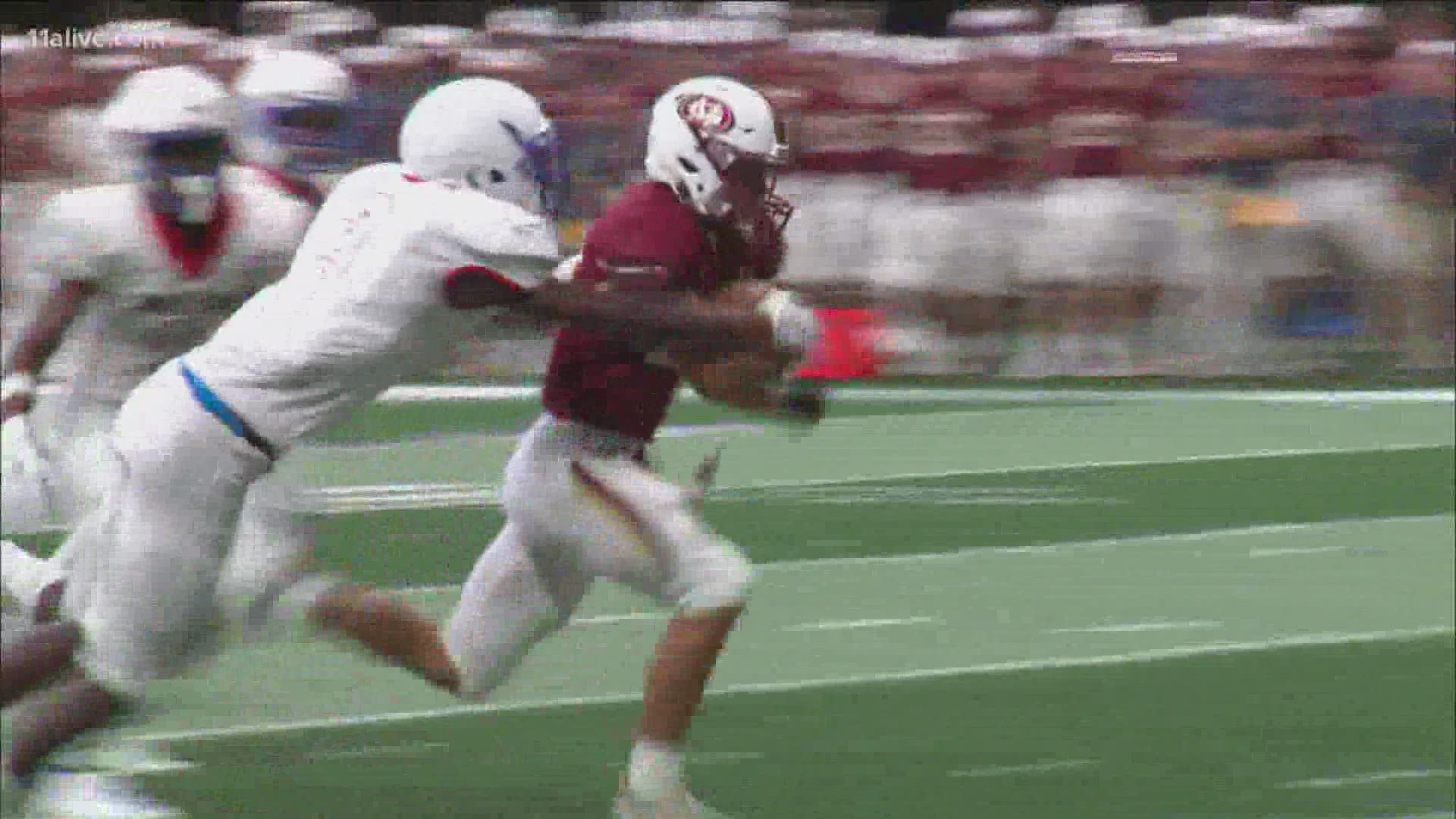 This season, though, will be unlike any other for the players and the fans due to the COVID-19 pandemic. From the sidelines to the stands, the games will be very different - but are still sparking excitement.

"We didn't want to cancel," explained Corky Kell co-owner I.J. Rosenberg. "We wanted to be what we usually are and that is the beginning of the football season."

The organizers behind the Classic told 11Alive their goal is to set the bar for high school football games in Georgia. They said their rules will trump what some school districts have in place for the rest of their seasons - and that includes face masks being required.

Rosenberg said they have had countless conversations with doctors from the Georgia High School Association as this year's games were planned. This year's games will be hosted at nine different high schools over the next four days.

One game, though, has already been replaced due to COVID-19. Mill Creek High School dropped out after Gwinnett County Public Schools confirmed a player tested positive and 20 other players needed to quarantine. Berkmar High School was also forced to cancel a game this weekend, too.

"I have a lot of respect for what Mill Creek did," Rosenberg said. "All of these teams are self-reporting ... I think that is the only way we are going to make it through a football season."

RELATED: GSU quarterback diagnosed with heart condition to other student-athletes: 'You’re not immune to this'

For fans, masks will be required at Corky Kell games. Temperatures will be checked. Concessions will only have sealed products, with no on-site cooking allowed. Seating will be socially distanced, and only a percentage of the stands will be filled - with local school districts setting attendance caps.

Players and coaches also will need to adjust.

"Coaches will be in masks. The players that aren't normally going into the game will have their helmets off, they will be lined up on little dots all up and down the sideline for social distancing," Rosenberg said.

Rosenberg said they almost canceled this year's classic, but believed they could set the standard for this season.