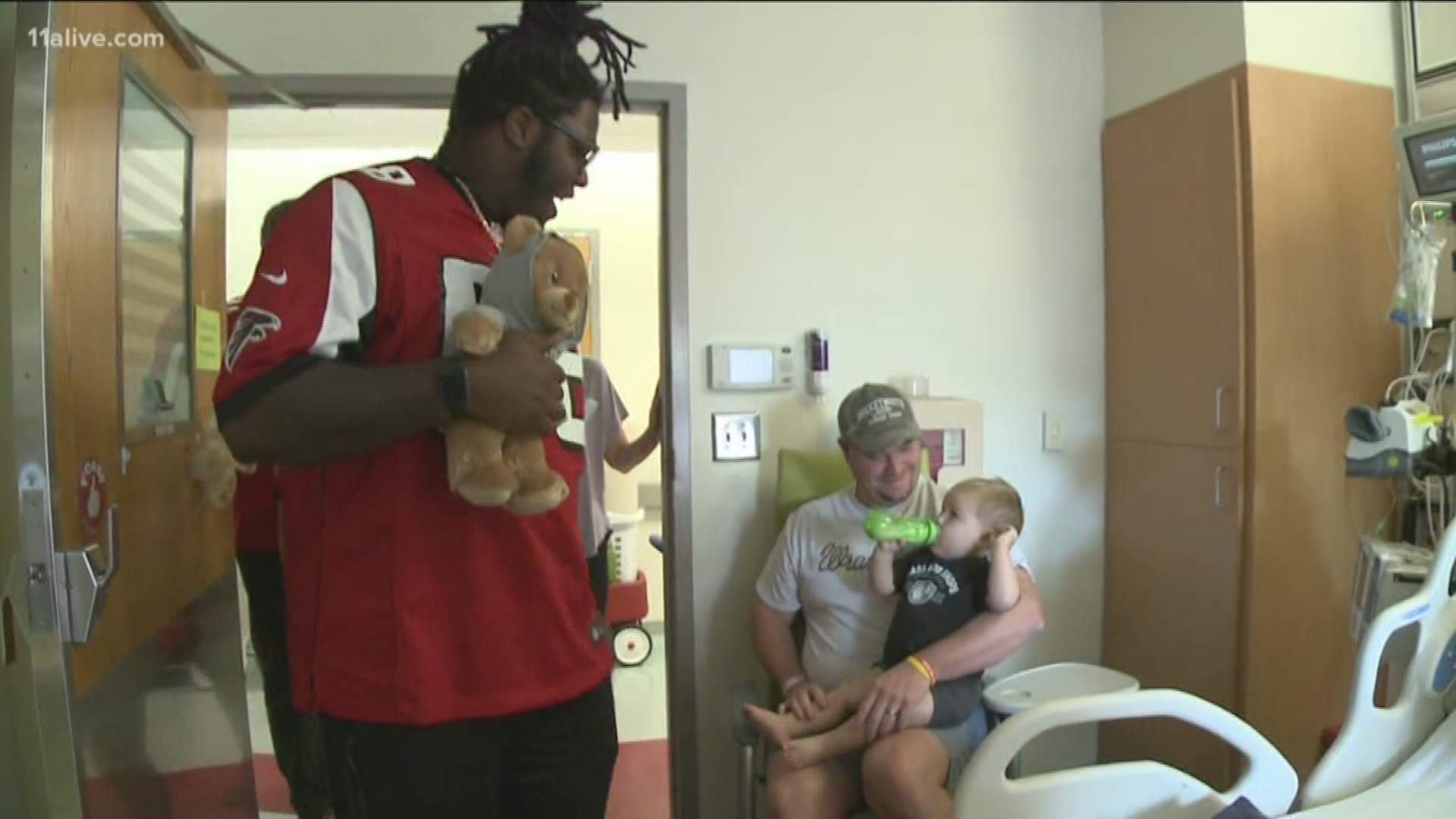 ATLANTA — The excitement was in the air Tuesday at Children's Healthcare of Atlanta. At times you couldn't tell who was having more fun - the athletes or the patients.

It was laughs, smiles, autographs and pictures. Lots of them!

"This is the best part of my job," WWE champion Kofi Kingston said. "This is my favorite part of what we do."

"It's like draft day. You see the kids that are kind of down, but as soon as you walk in, they spark up," Falcons' Brown said.

Brown added that the community involvement starts at the top with team owner Arthur Blank.

Barner said that while he's at the hospital to inspire the patients, it's the patients that inspire him.

"What you're showing me is fight," he said he told a patient.

At the end of the day, the WWE Superstars and the Falcons players are people, like everybody else.

But Kingston said: "I think that since we have the ability to put smiles on faces, we take that responsibility very seriously."