While the Yellow Jackets weren't exactly dominant on offense, the decision to mix in three quarterbacks was just enough to squeak out the win. 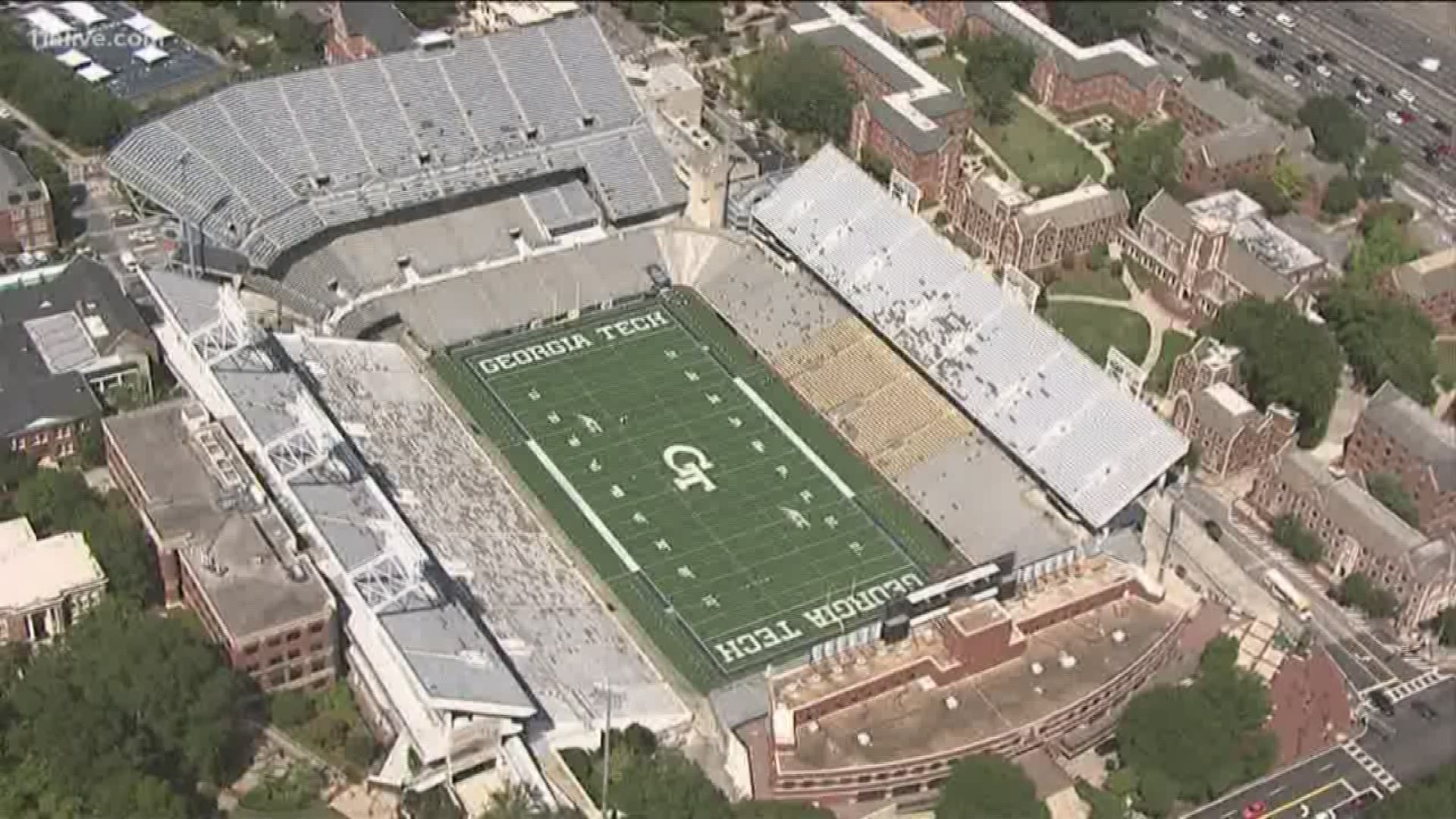 ATLANTA — Jordan Mason and Tobias Oliver each scored second-quarter touchdowns, and the Georgia Tech defense recovered a critical fumble at the goal line in the fourth quarter as the Yellow Jackets held on for a 14-10 win over South Florida on Saturday afternoon to give first-year coach Geoff Collins his first win since returning to his home town.

There wasn't much offense Saturday beyond Mason, who rushed 20 times for 99 yards. For the second straight game, Tech played three quarterbacks, starting redshirt sophomore Lucas Johnson and bringing Oliver - who started last week at Clemson - and James Graham off the bench.

None found much success throwing the ball, but they all had some success on the ground.

RELATED: Georgia Tech to allow fans to bring sealed bottle of water to season-opener due to extreme heat

A 1-yard scoring run by Mason early in the second quarter and a 7-yard tally by Oliver with 53 seconds left in the first half gave Tech (1-1) a 14-3 halftime lead. Oliver rushed nine times for 48 yards.

Soon after K.J. Sails intercepted a Johnson pass late in the third quarter, the Bulls (0-2) pulled within 14-10 on a 20-yard touchdown pass from Jordan McCloud with 14:53 left in the game.

McCloud threw to Mitchell Wilcox for a 54-yard gain to the 1-yard-line.

On third-and-goal from the 1, USF senior halfback Jordan Cronkite tried to dive over the pile to the end zone but fumbled and T.K. Chimedza recovered for the Jackets with 10:03 remaining.

USF: A week after getting shut out at Wisconsin, 49-0, the Bulls need to find some offense. USF mustered 262 yards of offense but netted just 93 yards on 30 rushes.

Georgia Tech: While the Yellow Jackets weren't exactly dominant on offense, the decision to mix in three quarterbacks was just enough to squeak out the win. Johnson completed 11-of-17 passes, but for just 45 yards with the interception.

USF: The Bulls return to Tampa to prepare for their home opener Saturday against South Carolina State.