The Yellow Jackets join other Atlanta sports teams including the Atlanta Falcons and Atlanta United in retiring the number for the upcoming season. 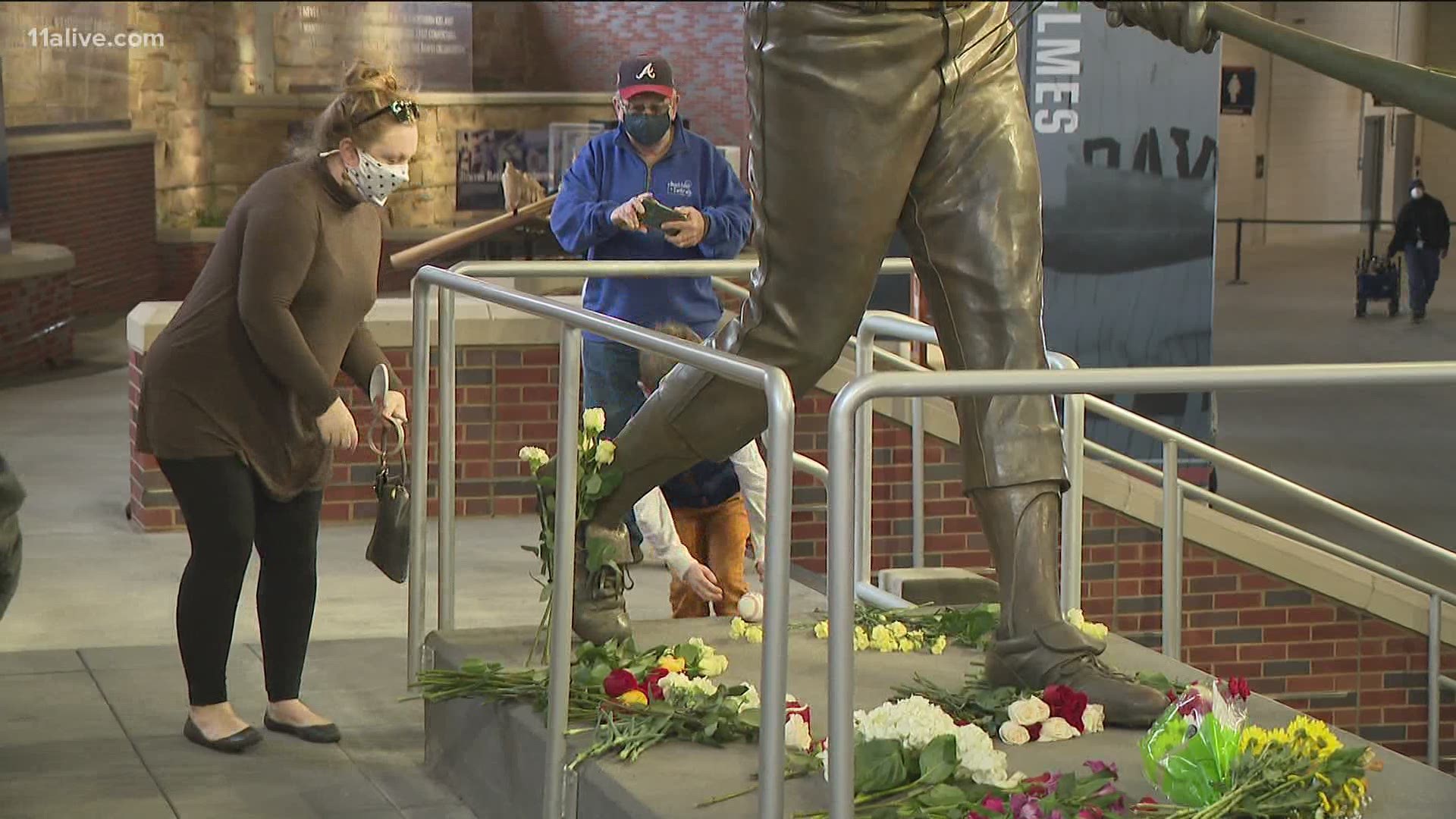 ATLANTA — To honor the memory of Hank Aaron, Georgia Tech football announced early Saturday that they will retire the number 44 for the 2021 season. The temporary retirement was announced by Yellow Jackets head football coach Geoff Collins in a statement.

“For me personally and as a program that represents the great city of Atlanta, we are very saddened by the passing of Hank Aaron,” Collins said in the statement. “After reflecting on what he meant to our city, our nation and the world, we’re proud to join the Atlanta Falcons and Atlanta United in retiring the No. 44 for the upcoming season. In addition to honoring ‘Hammerin’ Hank’s’ memory, we’ll use the coming days and months as an opportunity to educate our student-athletes on the immeasurable impact that he made in our society, not only on the field, but in the civil rights movement in America.”

Aaron passed away on Friday at the age of 86.

Tech football joins other Atlanta sports teams, including the Atlanta Falcons and Atlanta United, in announcing that no player will wear Aaron's number 44, during the upcoming season.

According to Georgia Tech athletic officials, junior linebacker Quez Jackson wore number 44 for the Yellow Jackets during the 2020 season. They said he would be assigned a new number for the upcoming season.