One year after he was shot in the head, Covington officer throws out first pitch at Braves game

He was shot while responding to a shoplifting call at the area Walmart. 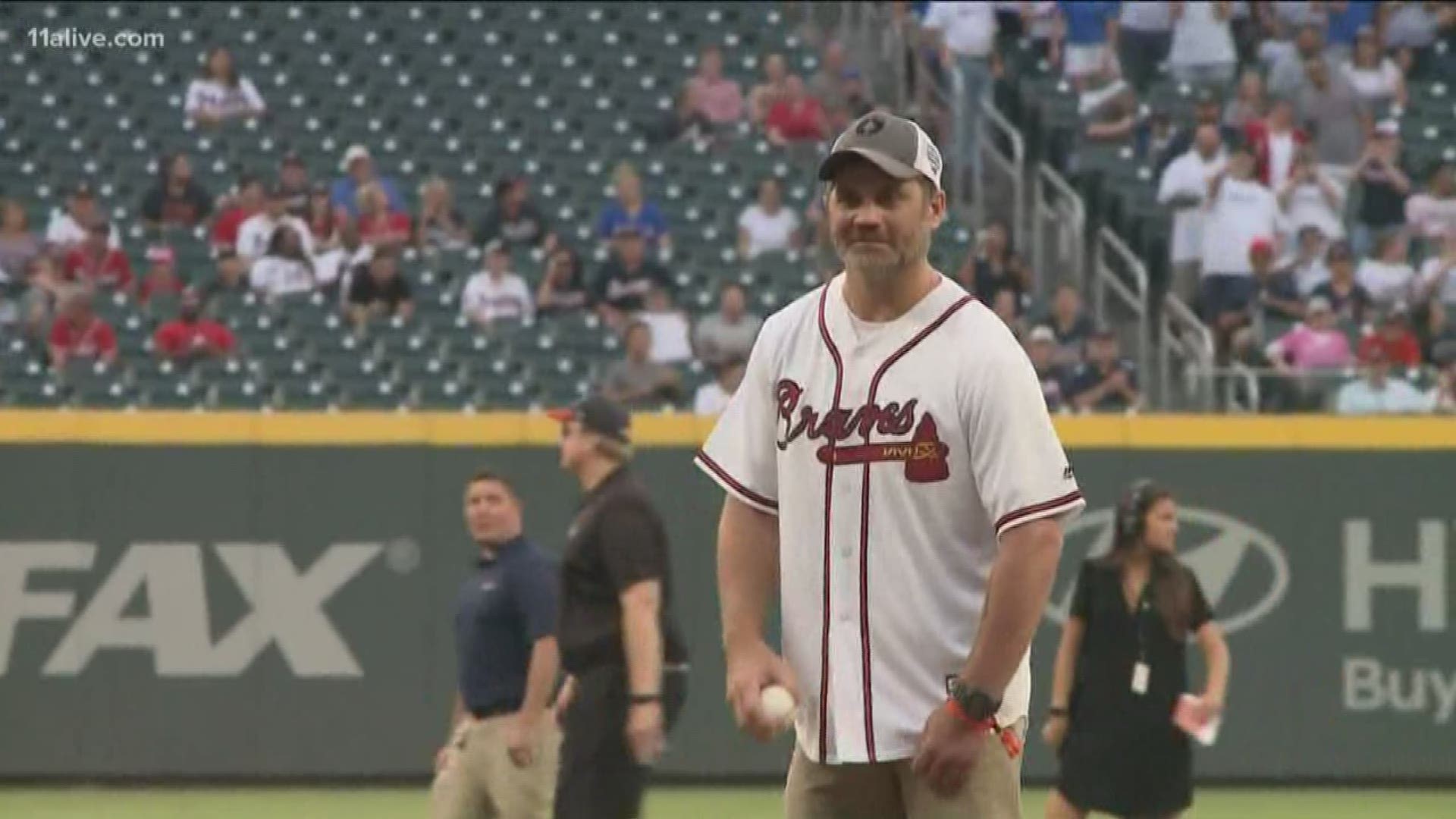 ATLANTA — One year after getting shot in the head while confronting a shoplifting suspect, Covington Police officer Matt Cooper has had a busy week.

He ran in Saturday's Fuzz Run, he was an honorary captain for the Atlanta Falcons in their prime time game Sunday and on Tuesday, he threw out the first pitch at the Atlanta Braves game.

It was 379 days ago when Cooper and fellow Covington officers responded to reports of shoplifters at the local Walmart.

Two people were detained, but Cooper and a sergeant took off after a suspect who ran off. After awhile, the sergeant heard two gunshots.

He rounded a corner to find Matt on the ground, unconscious and hurt. He had been shot in the head.

After months of intensive rehabilitation, Matt ran in the one-mile race on Saturday. Plus, he did something most people did not expect -- he ran the final stretch of the Fuzz Run.

On Tuesday, he got to show off his pitching skills to the cheering crowd at SunTrust Stadium.