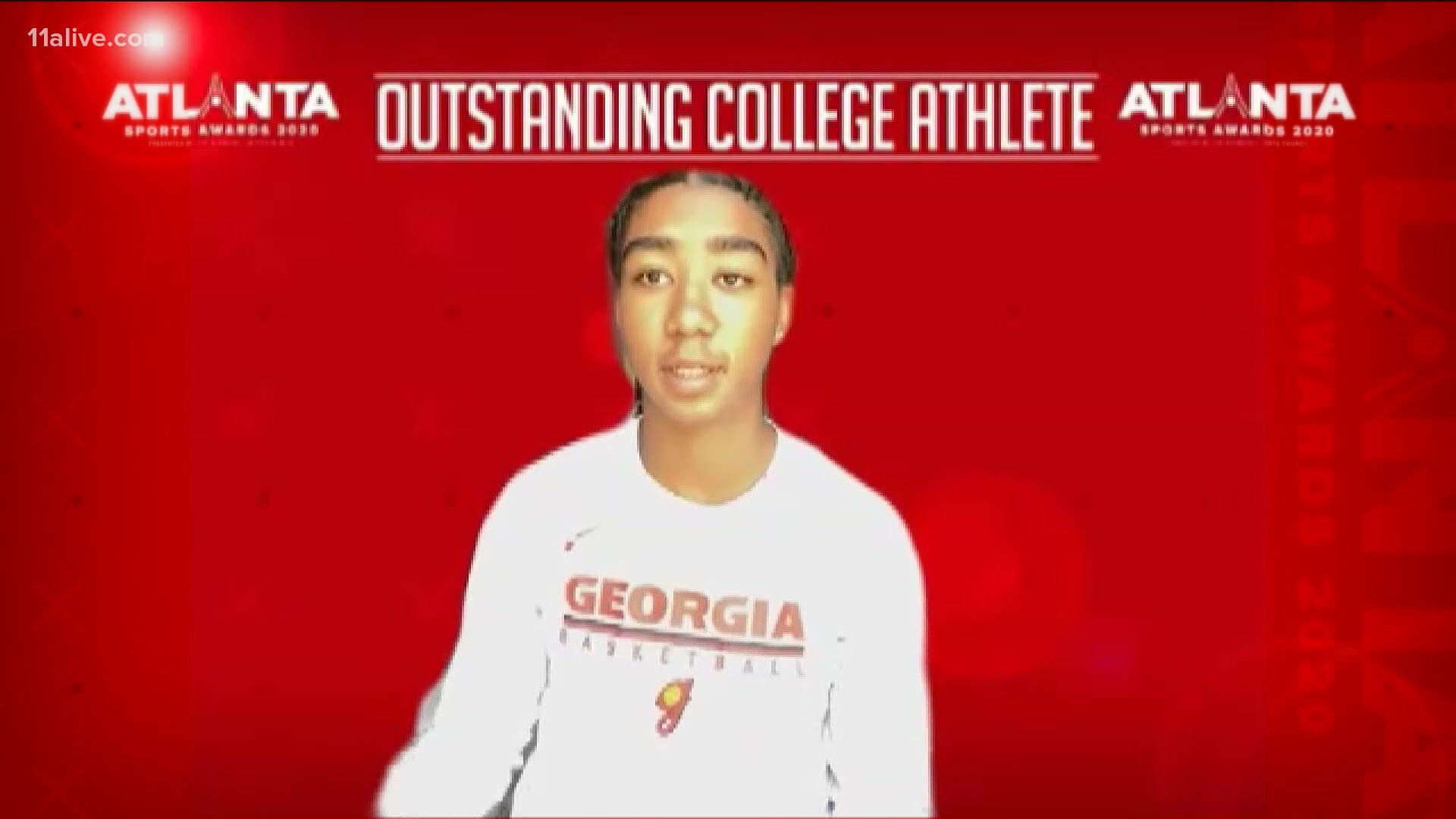 ATHENS, Ga. — In challenging times, sports have always brought the city together and unity is needed now more than ever. The Atlanta Sports Council and 11Alive can’t think of a better way to re-energize the sports community and recognize the hard work of the athletes, teams and icons who continue to shape Atlanta’s sports history.

Following a 7-day voting period that ended on July 17, a two-sport star at the University of Georgia was named the 2020 Atlanta Sports Awards - Outstanding College Athlete.

“It was really an honor.”

She’s a two-sport star for the Bulldogs playing both soccer and basketball.

“I started both when I was 4-years-old. It’s basketball that I gravitate towards more. Since I had to stop playing travel it’s really been basketball through out the summer because it has been more frequent,” said Chapman.

As a freshman, she led the soccer team in goals this past season.

“We really grew a lot last season and each game we got better. We made it to the SEC Tournament so I just think we have a chip on our shoulders this year to really prove something to everybody.”

She’s also prepared to take both teams to new heights in her sophomore campaign.

“There’s so much to accomplish. I want to make it even further in the SEC Tournament for soccer. Make it to the NCAA Tournament for both sports,” said Chapman.

Chloe was a 5-star prospect out of high school and is now transforming her skills on the pitch and the court into something great for the Bulldogs.