The former Atlanta Falcons star will receive it during the 2021 Atlanta Sports Awards, which will be presented on Aug. 21 on 11Alive at 7 p.m. 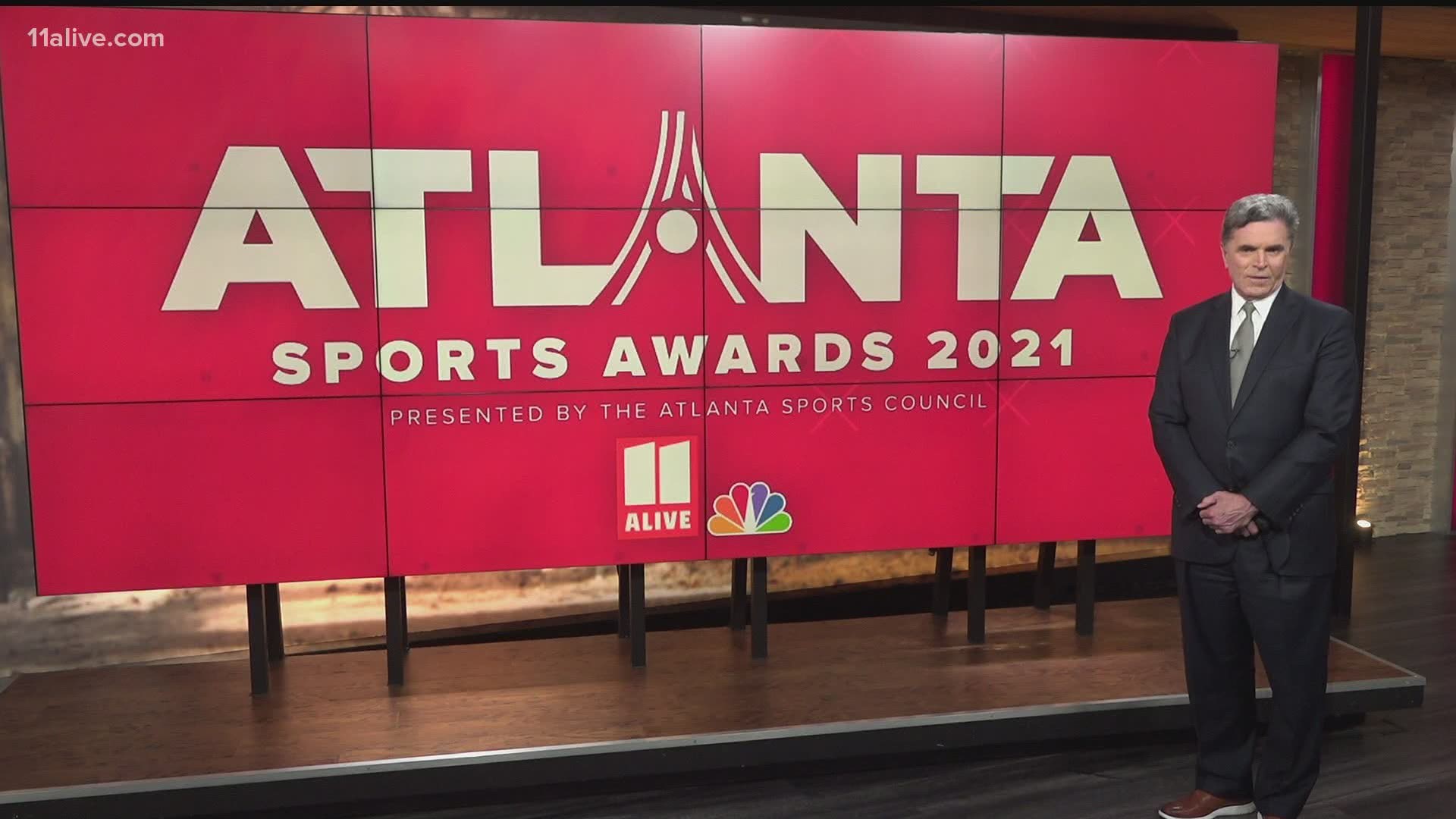 ATLANTA — Former NFL running back and founder of Warrick Dunn Charities, Warrick Dunn, will receive the Atlanta Sports Council’s Lifetime Achievement Award Presented by Coca-Cola during the 2021 Atlanta Sports Awards, which will be presented on Aug. 21 on 11Alive at 7 p.m.

Dunn played running back at Florida State University, and in 1997, he was drafted by the Tampa Bay Buccaneers. He played for the Bucs for five years before signing with the Atlanta Falcons in 2002. During his time in Atlanta, Dunn gained 5,981 rushing yards, the fourth-most in Falcons history, and 30 touchdowns while averaging 4.2 yards per carry. He caught 204 passes during his career with the Falcons, the second-most among running backs in franchise history, for 1,635 yards, which is the third-most among Atlanta running backs, and scored six receiving touchdowns.

In 2008, after six seasons with the Falcons, Dunn returned to the Tampa Bay Buccaneers for his final season. Upon his retirement in 2009, he was approved by NFL owners to become a limited partner of the Atlanta Falcons. In 2013, Dunn graduated with his EMBA from Emory University. That same year he was selected to join the first class of NFL Legends, and in 2017, Dunn became the 10th member of the Falcons’ Ring of Honor.

Dunn is the founder of Warrick Dunn Charities, which began as a tribute to his mother, Betty Smothers, a Baton Rouge police officer who as a single mother of six worked tirelessly to achieve the American dream of owning her own home. While working a second job as a security guard, she was killed in the line of duty and was never able to realize that dream.

Since 1997, Warrick Dunn Charities has worked with affordable housing providers in 24 different markets across the country to provide assistance for 190 single-parent families who are actively working to support themselves and are purchasing their first home. The organization surprises single- parent families by completely furnishing each home and providing down payment assistance totaling $940,000 to date. Additionally, Warrick Dunn Charities offers a financial literacy program called Count on Your Future and SCULPT, a health and wellness program, and more than 500 families have participated in the programs since 2015.

Credit: WXIA
Mother of 3 becomes first-time homeowner thanks to Warrick Dunn and his charity.

“Known for his excellent professional football career in Atlanta, Warrick’s dedication to his philanthropic initiatives have had a profound impact on the city’s community and continued his legacy as a leader in Atlanta and beyond,” said Dan Corso, president of the Atlanta Sports Council. “His dedication and involvement in the community as well as his charitable giving efforts make Dunn the embodiment of the Lifetime Achievement Award.”

In February 2020, Dunn launched his second nonprofit, WD Communities. WD Communities will support families from the beginning to the end of the purchase of affordable or transitional housing, and provide support services, including financial literacy, health and wellness, education attainment, and entrepreneurship and workforce development. The organization is committed to working with families over the course of several years.

“If winning this award helps bring attention to the plight many families suffer because of the lack of affordable housing, then I am honored to accept it. The Lifetime Achievement Award, bestowed by the Atlanta Sports Council,” said Dunn, “is helping shine a light on the issues that effect many of those who live in and around Atlanta, and that is important work, so I’d like to recognize their help as well.”

Credit: AP
Former NFL player Warrick Dunn speaks at the "Beyond the Physical: A Symposium on Mental Health in Sports" hosted by the NFL, NFL Players Association and Cigna at Georgia Tech Hotel and Conference Center, Monday, May 14, 2018, in Atlanta. (AP Photo/Todd Kirkland)

“What makes Warrick so special and deserving of the Lifetime Achievement Award presented by Coca-Cola is his commitment to helping families in need with creative solutions that promote long-term success,” said Dina Gerson, board chair, Atlanta Sports Council. “Warrick’s passion for Atlanta is unmatched, and his philanthropic efforts not only make our community better but also set a high bar for other athletes in the community to give back. His influence and advocacy have helped make Atlanta’s sports community what it is today.”

Leading up to the award show, starting on July 9, fans will have a chance to vote for their favorite athletes, teams, coaches and more on 11Alive.com/AtlantaSportsAwards.

The awards, created by the Atlanta Sports Council in 2006, highlight the high school, collegiate and professional sports community in Atlanta.